A sniffer dog has rumbled a plot to smuggle 99 million fags into the country in the single largest seizure of illegal cigarettes EVER at a UK port.

The cigarettes, which were found in eight containers, are thought to value at about £44m in unpaid taxes, His Majesty’s Revenue and Customs (HMRC) said.

The haul was found at the port of Hull, East Yorkshire, and was said to have been shipped through the United Arab Emirates, import papers suggested. 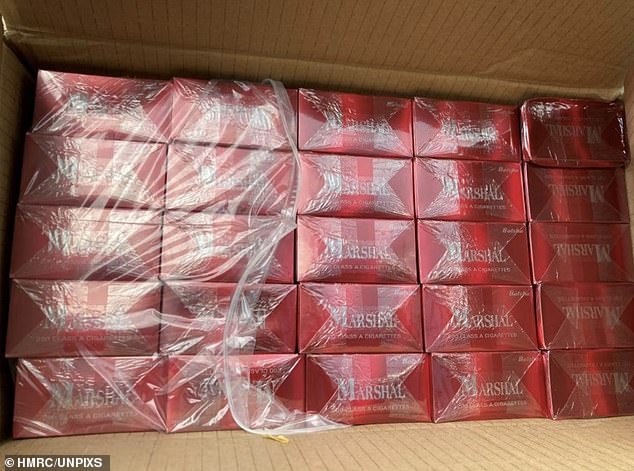 The import documents suggested the containers were carrying birchwood logs, but a Border Force sniffer dog uncovered the haul of illegal tobacco.

A 57-year-old man from South Wales was arrested in July in connection with the seizure and has been released on bail, HMRC said. 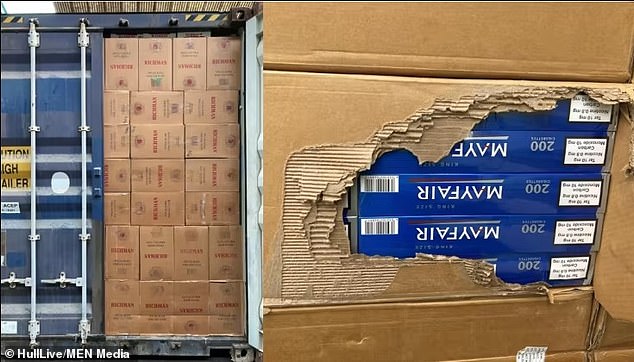 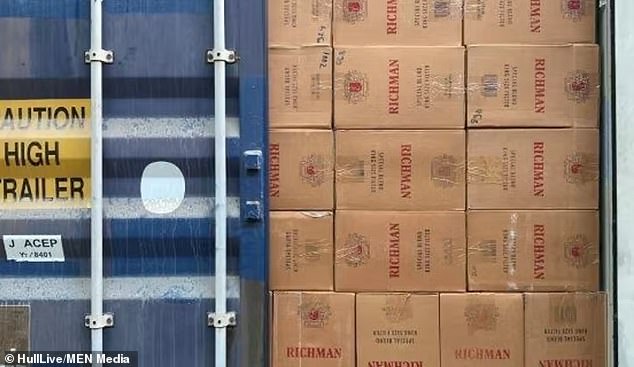 Another man from the Birmingham area had been interviewed under caution, with investigations ongoing, it added.

Anthony Usher, deputy director of HMRC’s fraud investigation service, said: ‘This is the single largest seizure of cigarettes ever made at a UK port.

‘Our streets would have been flooded with them had they not been discovered.

‘We are determined to stamp out tobacco fraud by working closely with partners in the UK and internationally to bring those responsible to justice.

‘Cheap cigarettes come at a cost as they often fund organised crime and other illegal activity that causes real harm to our communities, such as drugs, guns and human trafficking.’

‘The officers involved can be proud that this huge interception has stopped illicit cigarettes from entering our communities.’