Local media reported a passenger train braked suddenly after being hit by objects or tarpaulin from a freight train travelling in the opposite direction.

A police spokesman said the passenger train “hit an unknown object” but did not comment further. 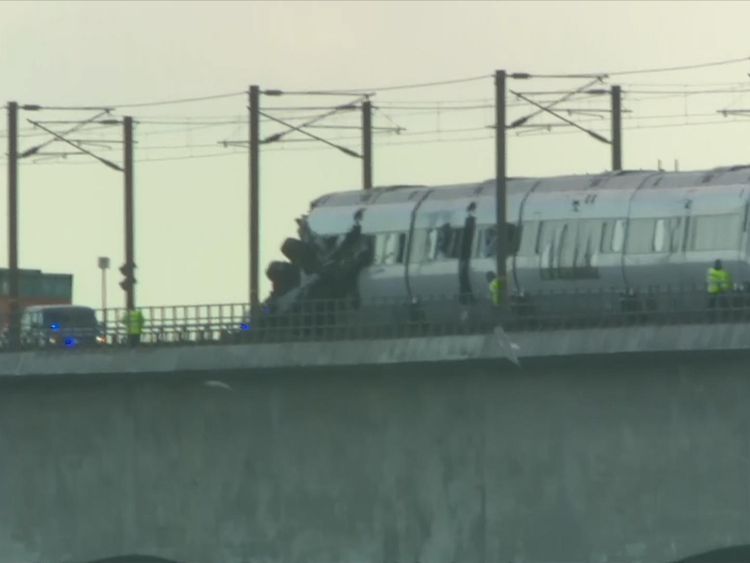 The passenger train was heading towards capital Copenhagen – having departed from the city of Odense – when the accident happened around 8am local time on Wednesday. 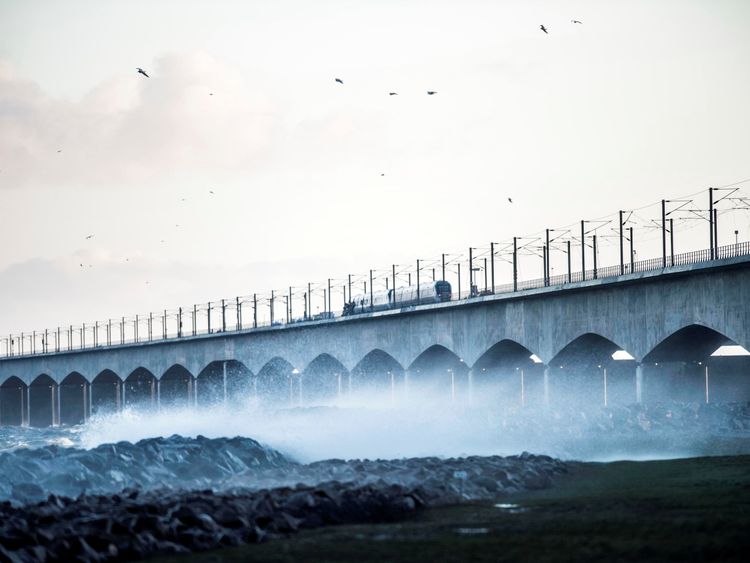 The road and rail bridge is part of a transport system consisting of a road suspension bridge and a railway tunnel.

It had been closed to cars overnight because of strong winds but trains could pass.

It is also part of infrastructure that links Denmark and Sweden to Germany. 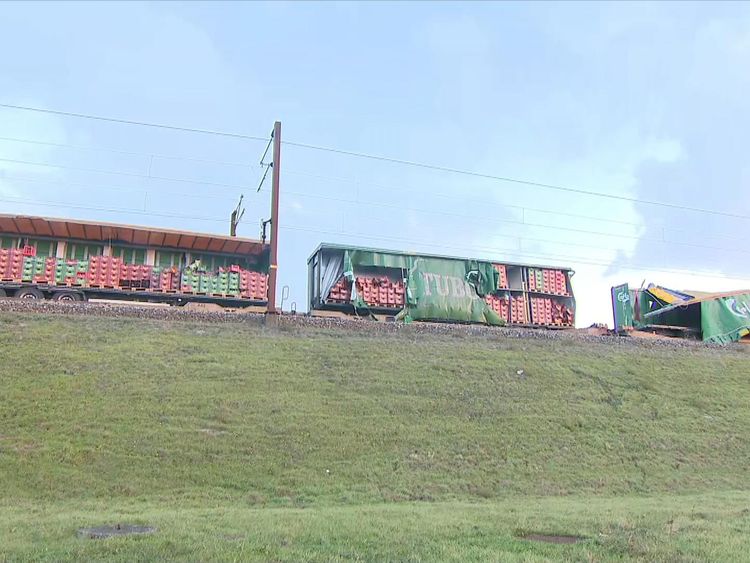 The bridge was closed on Wednesdat for both trains and vehicles towards Funen, but opened for car traffic towards Zealand again with a 31mph (50kph) speed limit.

A severe storm was making it difficult for emergency services to reach the passenger train, although an emergency centre was set up in the town of Nyborg at the western end of the bridge.

Images from the scene showed a freight train with the branding of beer maker Carlsberg.