THIS is the sick letter that describes the horrifying threat to "kidnap and kill" Democratic presidential nominee Joe Biden and his running mate Kamala Harris.

The handwritten note, allegedly written by James Dale Reed, was left at a home with a Biden-Harris lawn sign and contained graphic threats against the Democratic candidates and their supporters. 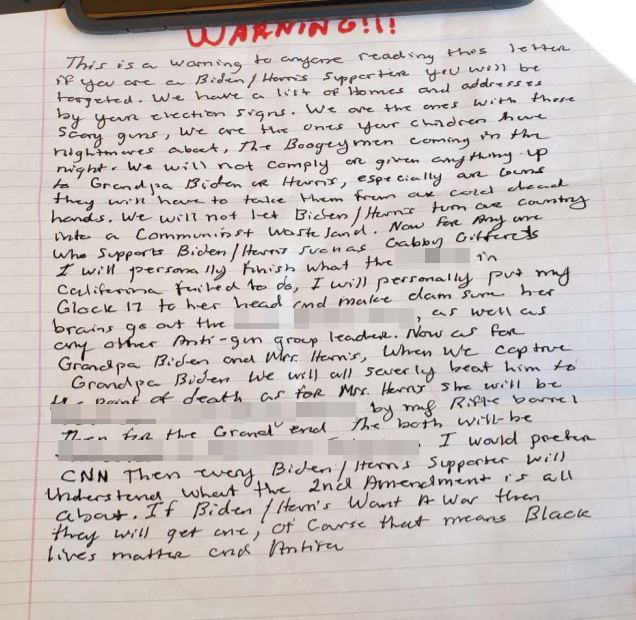 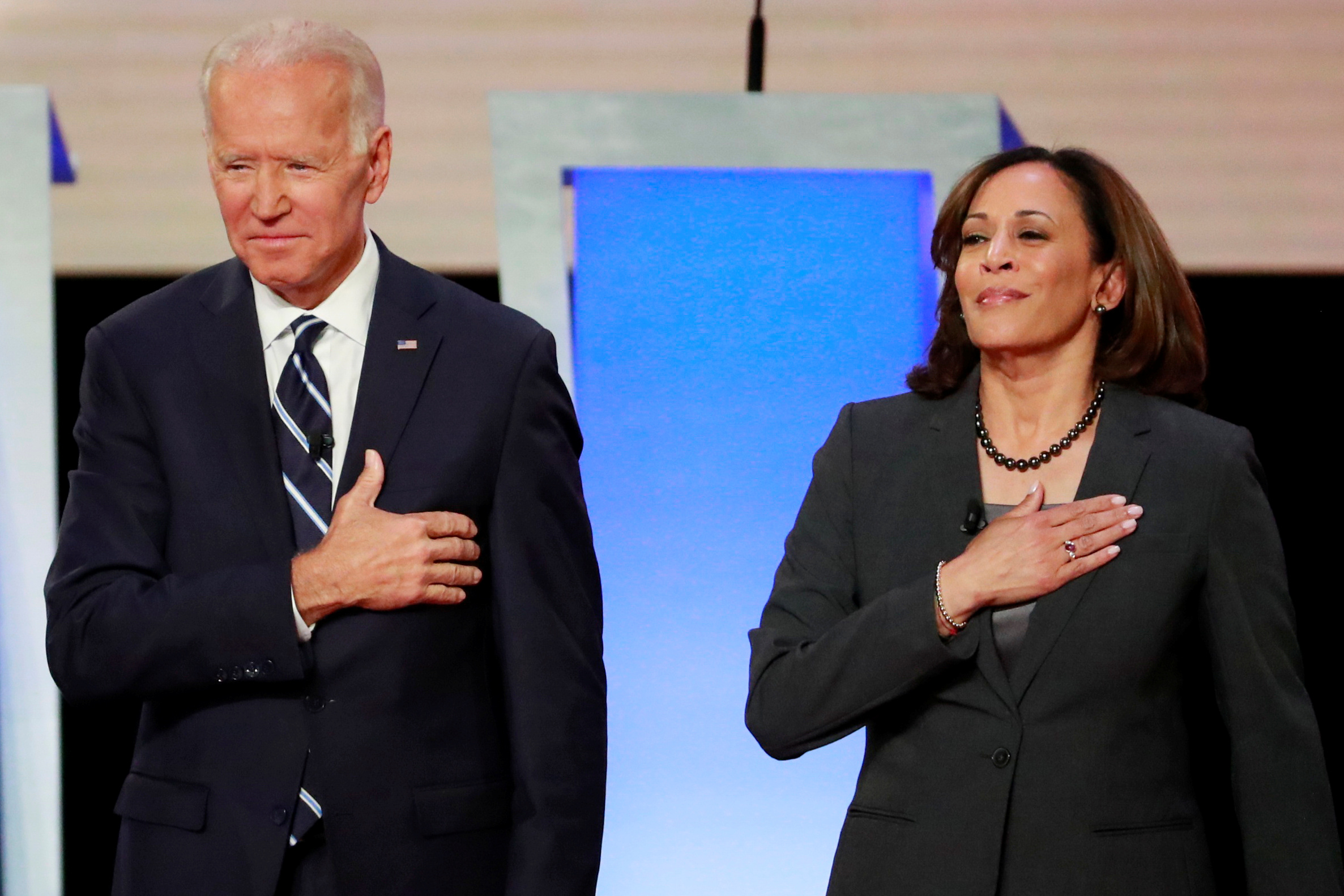 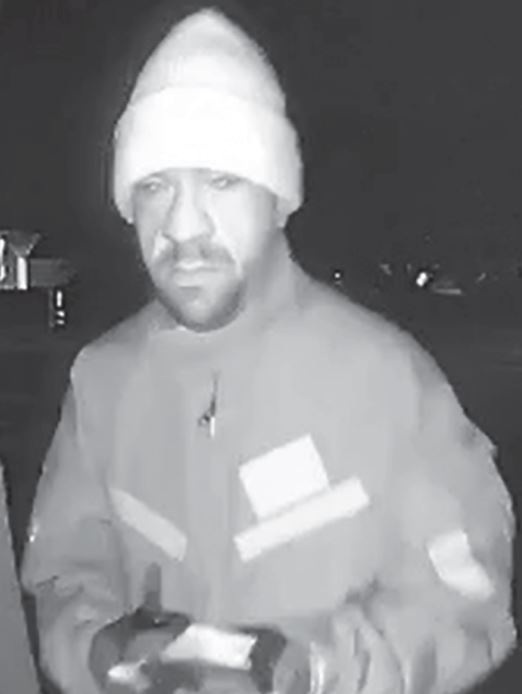 Biden-Harris supporters were warned that they will be targeted by "the ones with the scary guns" who were likened to "the boogeyman in the night," according to the note.

A photograph of the letter, which appears to be written on notebook paper, shows the word "WARNING!!!" in red ink at the top of the page.

The 42-year-old suspect, identified as Reed, was caught on a Ring door camera in the early morning hours of October 4 as he delivered the note.

The Secret Service filed a criminal complaint on Wednesday about Reed.

According to the document, obtained by the New York Times, Reed approached a house in his hometown that had Biden-Harris campaign signs in the front yard.

Court records revealed Reed was taken into custody on October 16 and is being held without bond in Frederick County, Maryland.

The note alerted the reader that they will be "targeted" if they support the Democratic duo and claimed: "We have a list of homes and addresses by your election signs."

The letter also referenced the 2011 near-fatal shooting in Arizona of then-US Rep Gabby Giffords as a "failed" plot. 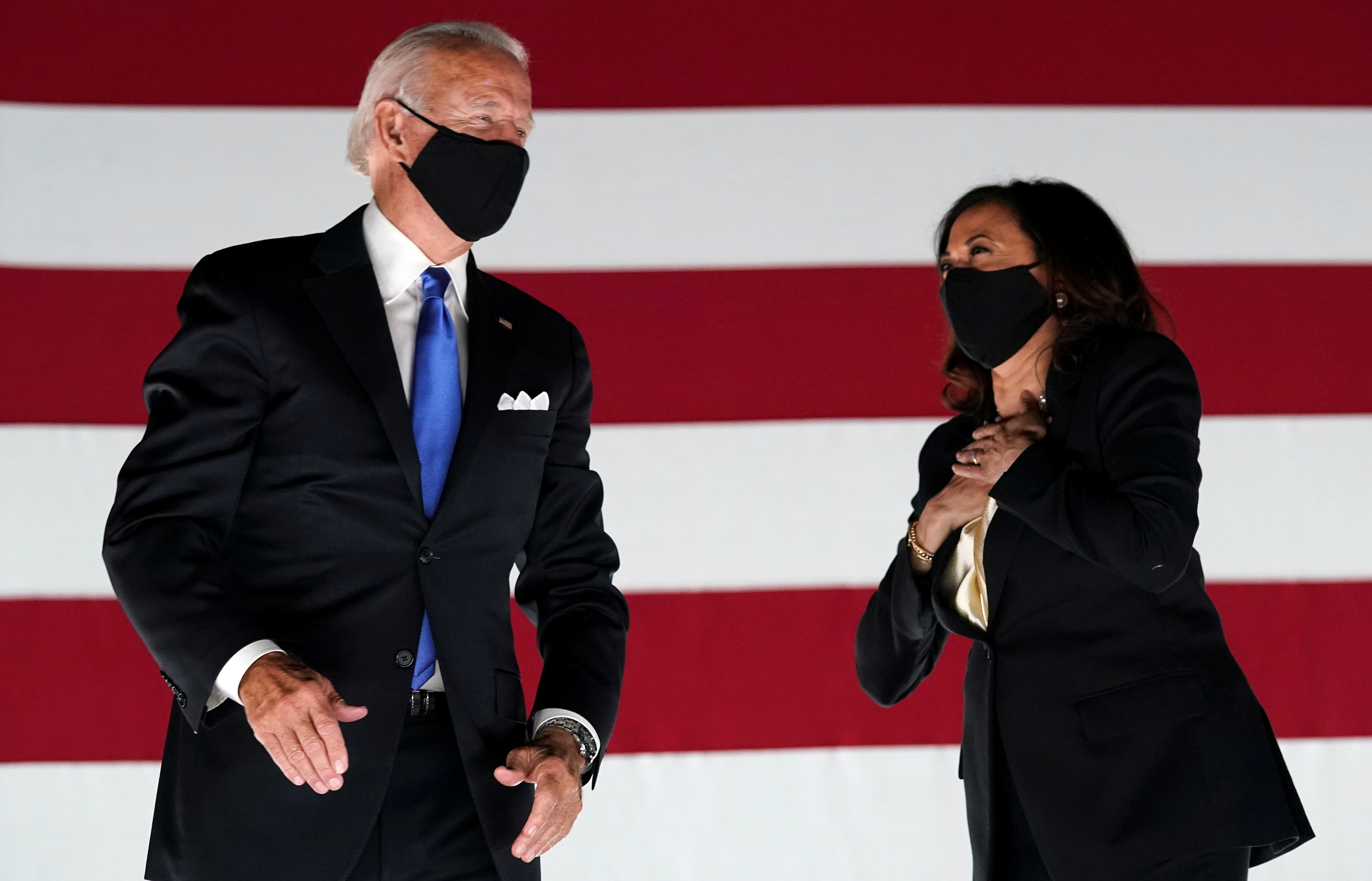 The writer then graphically described how he would "make dam sure" to kill Giffords "as well as the other anti-gun group leaders."

"As for grandpa Biden and Mrs Harris," the note outlines a loose plot to kidnap the pair, beating Biden "severely" to "the point of death" and sodomizing the vice presidential nominee.

The threat later reads: "For the Grand end the both will be executed on National Television."

The writer concluded the note by alluding to Black Lives Matter and Antifa.

The reference was written in a section about if the Democratic ticket "Want A War than they will get one."

While being interviewed at his home on October 13, Reed denied that he left the letter. 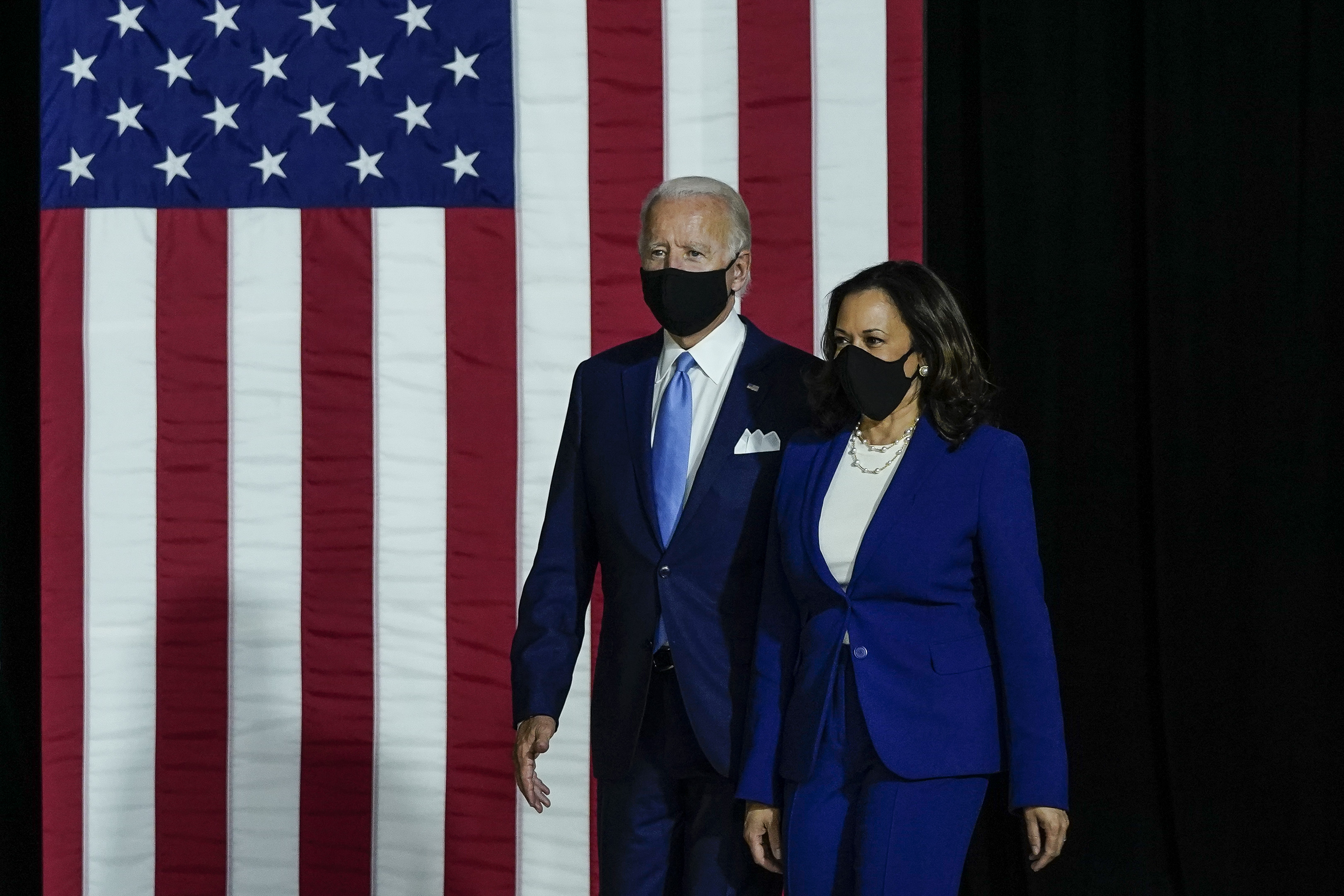 However, two days later, he admitted to the act and was arrested.

If he is convicted, Reed will face a maximum of five years in jail.

Reed has previously been known to the Secret Service for making a threatening statement against a person under its protection in 2014.

United States Attorney for the District of Maryland Robert K. Hur said: "We take these types of threats extremely seriously.

"Such threats to commit violence are illegal and have no place in our democracy, and we will hold accountable those who make them."

The DA added: "We are grateful for the assistance of the City of Frederick Police Department and to citizens who provided tips that ultimately led to Mr. Reed’s arrest and these federal charges."

According to the Baltimore Field Office, Reed is facing the federal charge of threats against a major candidate for President or Vice President, DA Hur and Agent Bo Keane of the US Secret Service, Local DVM reported.

The news comes just weeks after a similar plan over the abduction of Democrat darling Gretchen Whitmer was foiled.

Fourteen men – including seven associated with the extremist paramilitary group Wolver Watchment – have now been arrested on charges of conspiring to kidnap the Michigan governor.