TALIBAN militants have taken a cruel swipe at US troops by recreating the famous Iwo Jima flag picture – while donning American gear.

Since taking over Afghanistan, members of the terror group have laid claim to weapons and other assets sent to Afghan forces from the US during the last 20 years of warfare. 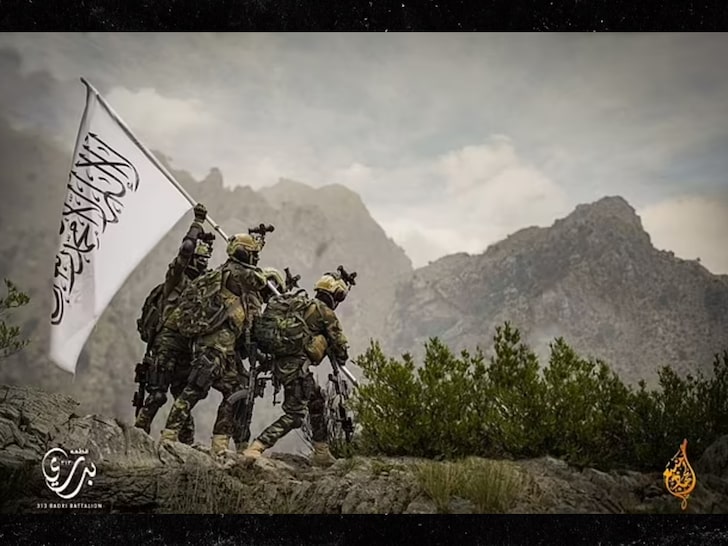 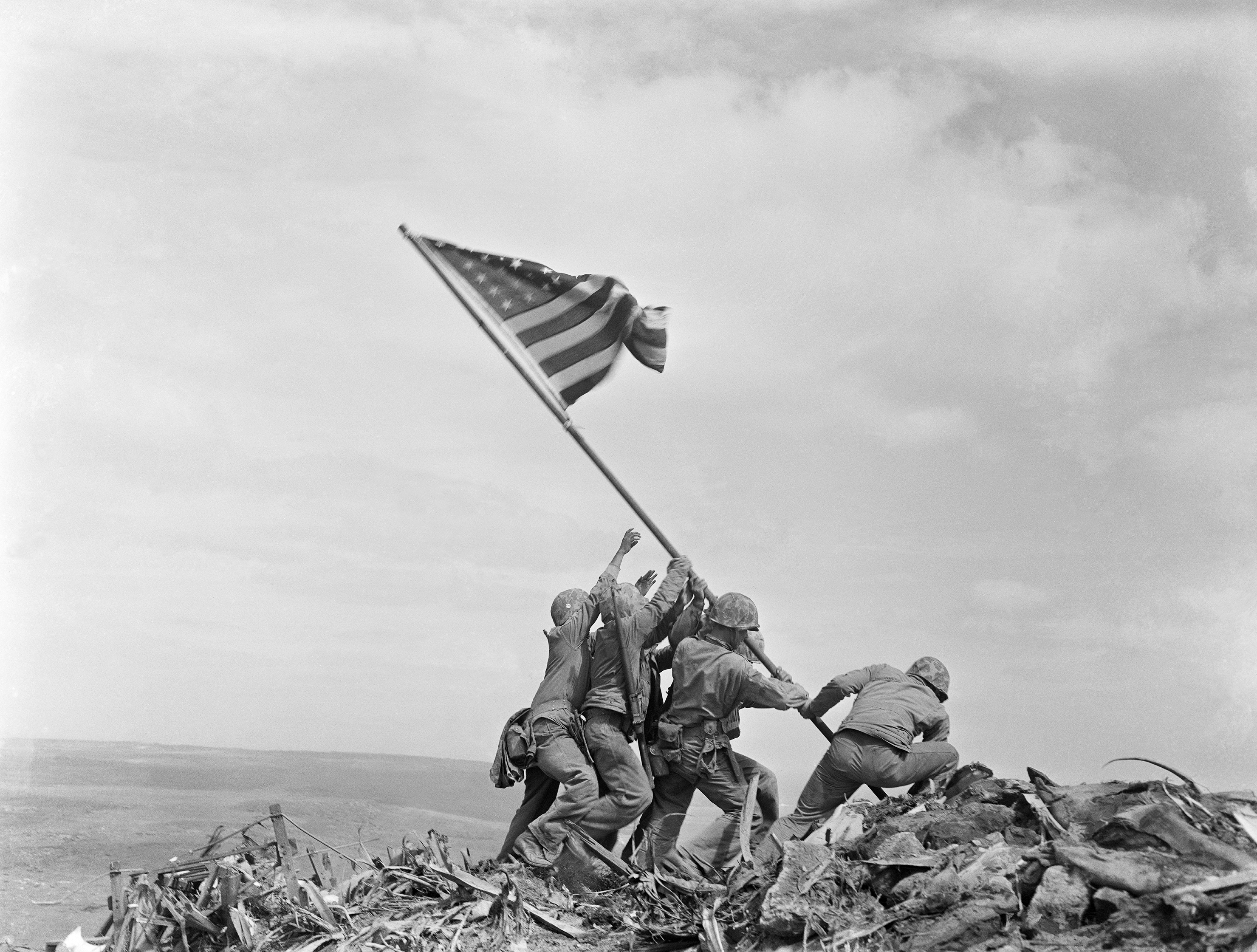 Now, as US troops continue to withdraw, a Taliban military unit has mocked America by posting a photo of themselves raising a flag, mimicking how US soldiers did when putting up the US flag atop Mt. Suribachi in Iwo Jima during World War Two.

The unit, who call themselves the Badri 313 Battalion, put out the shocking photo alongside other propaganda this week, donning American uniforms while brandishing gear left amid the Taliban takeover.

After plundering stocks of US weapons and vehicles as they surged across Afghanistan, Taliban fighters have now earned themselves the title of the world's most heavily armed terror group.

With an estimated 85,000 soldiers, the Taliban managed to break the back of the much larger 300,000-strong Afghan Army as many troops appeared to simply lay down their arms.

And with each seized barracks and plundered military depot, the Taliban's arsenal only grew as they obtained new toys abandoned by the surrendering Afghans.

Many of these weapons and vehicles are US military-grade, having been handed over by Washington as part of the $83billion (£60million) spent trying to prop up Afghanistan's armed forces.

Pictures from the fall of the Kabul and during the Taliban's surge from town-to-town in the weeks prior show the rag-tag band of fighters seizing weapons and trucks that would make some nations jealous.

It comes after the US Embassy in Afghanistan urged Americans not to travel to the airport in Kabul due to "security threats" amid fears of ISIS attacks – despite Joe Biden insisting there is "no indication" the Taliban is stopping US citizens.

In a statement released today, the embassy warned citizens to stay away from the airport unless a government representative sent instructions to do otherwise.

The embassy also told Americans to be aware of their surroundings especially in large areas and to form a contingency plan for an emergency.

This warning contradicts what President Biden said at Friday's news conference when he insisted that Taliban fights were allowing Americans to pass through checkpoints on their way to the airport in Kabul.

It was later refuted by reporters on the ground as well as the Secretary of Defense who admitted on a call with lawmakers that the jihadis were beating US citizens were attempted to get through checkpoints.

And potential Islamic State threats against Americans in Afghanistan are forcing the US military to develop new ways to get evacuees to the airport in Kabul, a senior US official said Saturday – adding a new complication to the already chaotic efforts to get people out of the country after its swift fall to the Taliban. 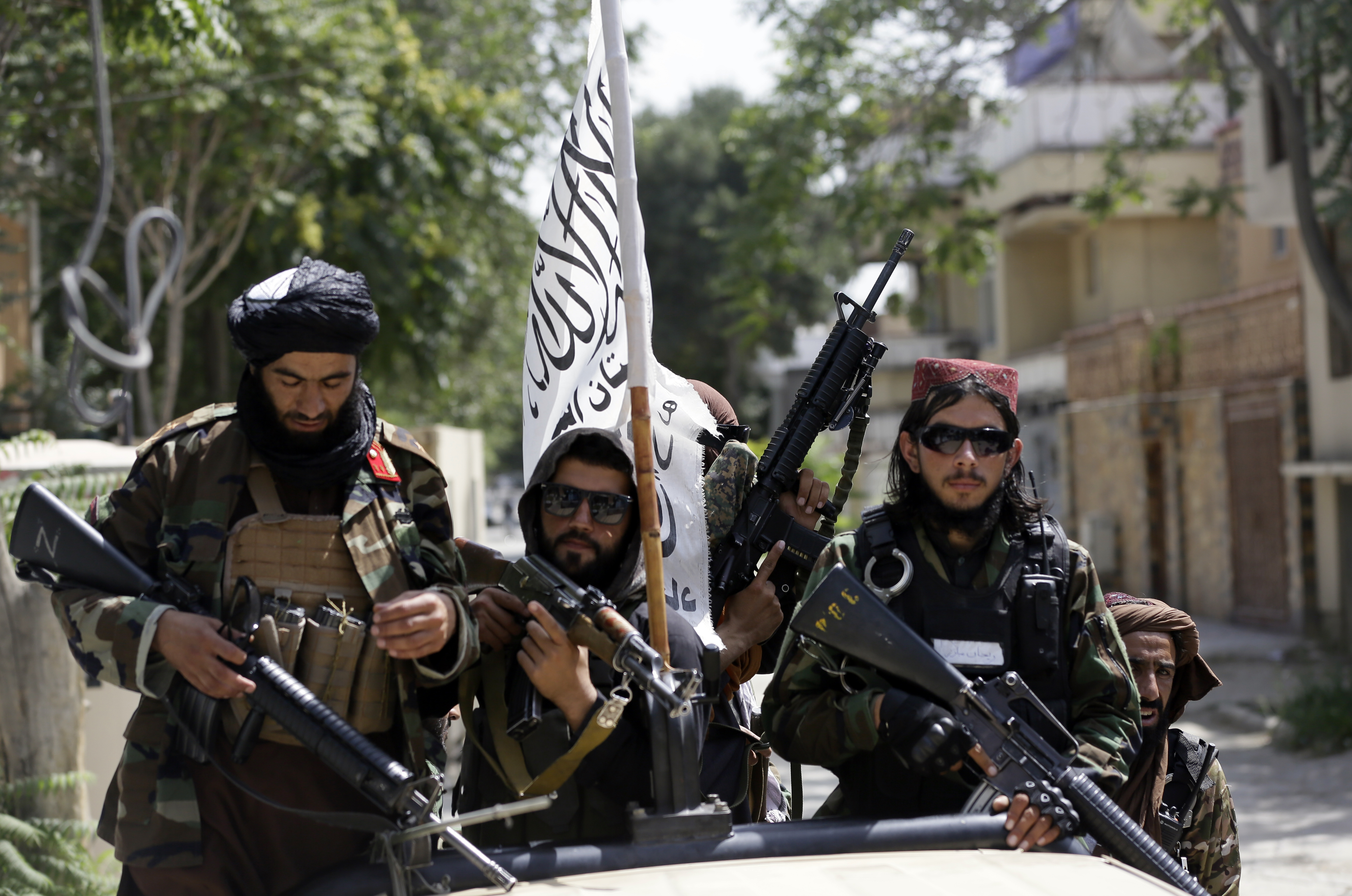