THIS is the remarkable moment a freak landslide drags several houses into the sea on the Norwegian coast sending locals running for their lives.

Drones filmed overhead as the monster 800 metre-wide surge carried away eight homes and huge chunks of the cliff face. 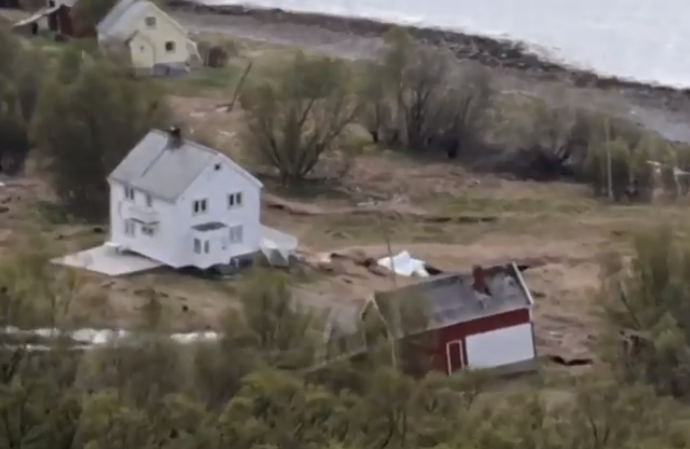 One stranded person had to be rescued by helicopter but amazingly there have not been any reports of deaths or injuries.

The powerful earth movement was sparked on the western side of Kråkneset in Alta municipality on Wednesday afternoon.

Within minutes, the first of the houses were seen sliding into the sea.

Local resident Jan Egil Bakkeby said: “I had just made two slices of toast when I heard a bang in the cabin.

"At first I thought there was someone in the loft, but then I saw out of the window that the power cord was smoking and then I saw that it was raining. 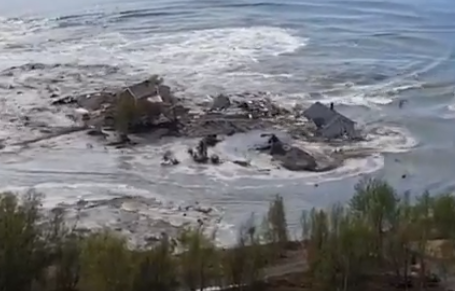 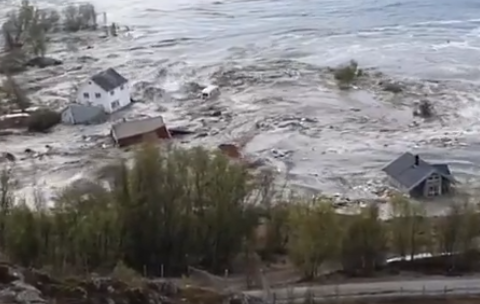 “I stormed out and fled up the mountainside where I saw it all from a distance. You could say I ran for my life,” he told local news outlet Altaposten.

He said he then stood watching from above as he watched his home of 19 years being swallowed up by the waters.

He also revealed how he and his wife had spotted worrying cracks the day before.

“We saw a large and deep crack in the road below the cabin. We were a bit sceptical, but still chose to stay overnight,” he said.

“We thought maybe the road would crash, but not that the whole cabin would go. Today we drove to work, but I drove back today and was, as I said, [there] when it happened.”

Many of the buildings washed away are reportedly holiday homes which are usually occupied at weekends.

The reason for the landslide is not yet known, however there is a lot of clay in the region which is vulnerable to rapid landslides. 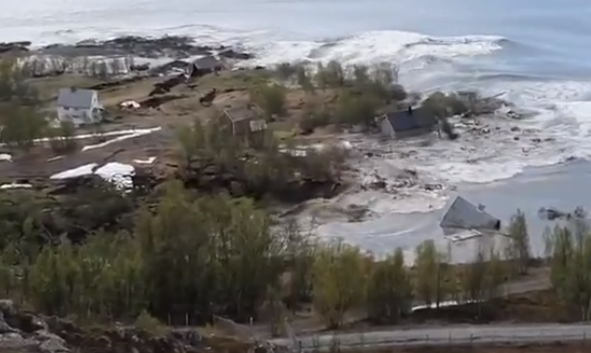