A DISTURBING new video shows the moment a Florida sheriff’s deputy is sent flying after being hit by a woman in a stolen car.

Police say Katarina Vanfossen, 23, had been fleeing cops in South Bradenton after being involved in a traffic crash in a stolen white Ford Taurus. 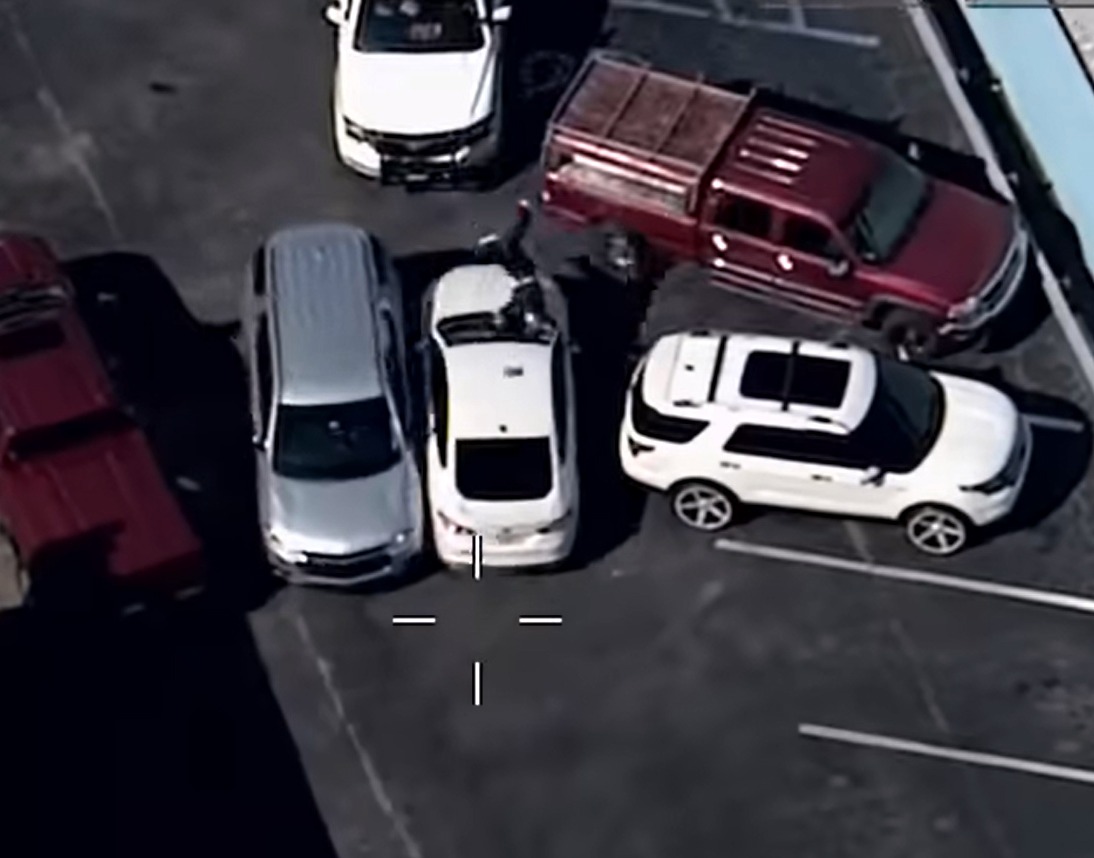 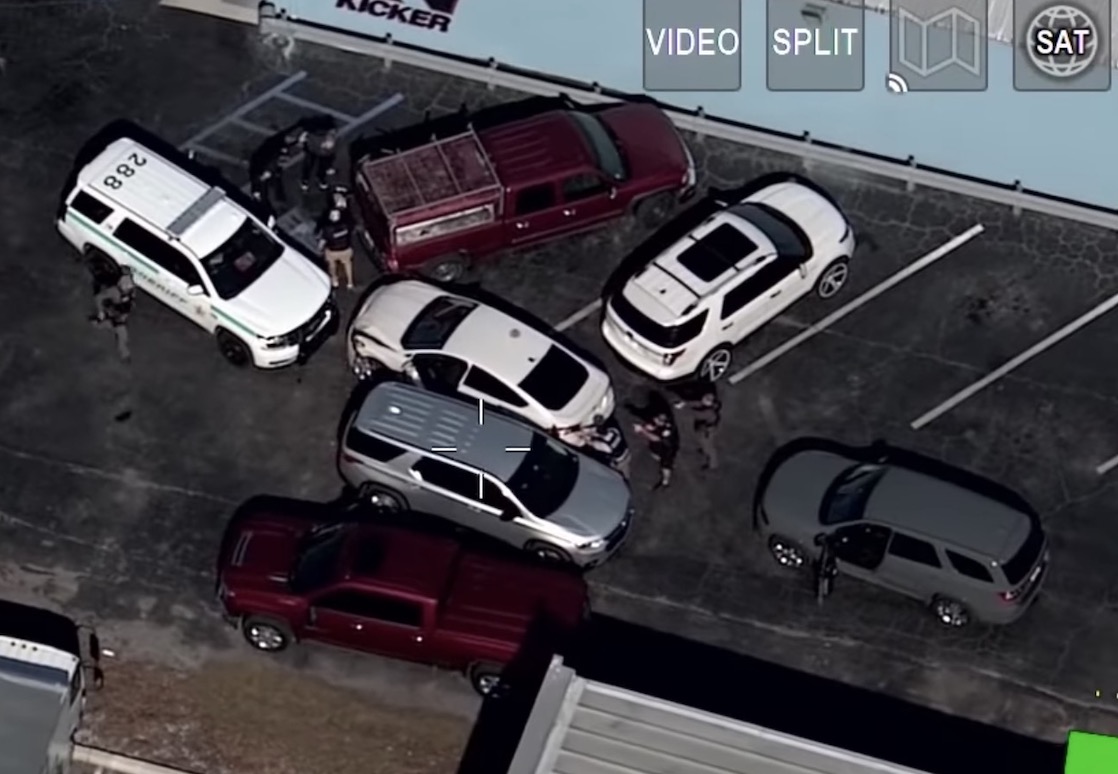 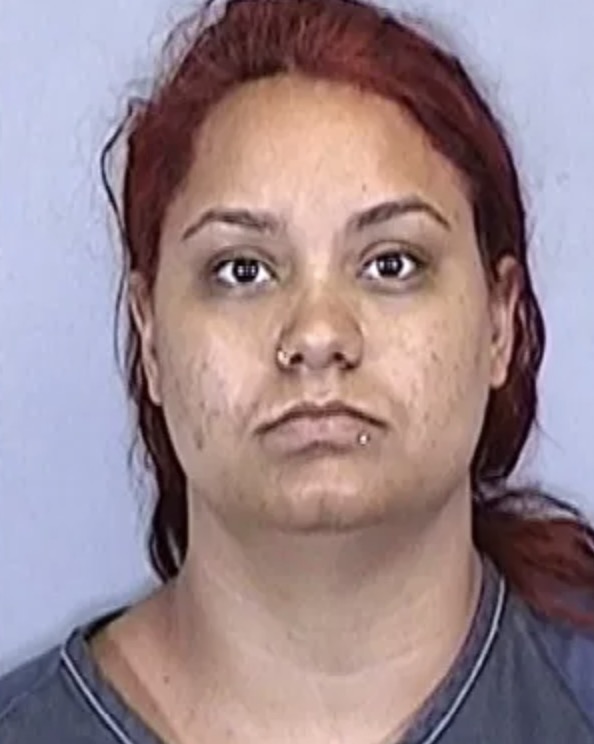 Vanfossen is facing attempted murder charges for allegedly driving a white Ford Taurus into the officer.

The police aerial footage shows cops cornering the stolen vehicle in a parking lot of a South Bradenton strip mall — just hours after the car sped off when deputies first spotted it.

When they caught up with the stolen car the second time, the car with surrounded by sheriff’s office vehicles outside a local stereo store.

One deputy is seen walking up to the vehicle ordering Vanfossen to get out.

But the footage appears to show Vanfossen try to slam her way out by smacking into the cruisers.

The Ford then hits the officer, sending him flying over the hood and onto another car.

Vanfossen then got out of the stolen car and was quickly arrested by the other deputies on the scene. 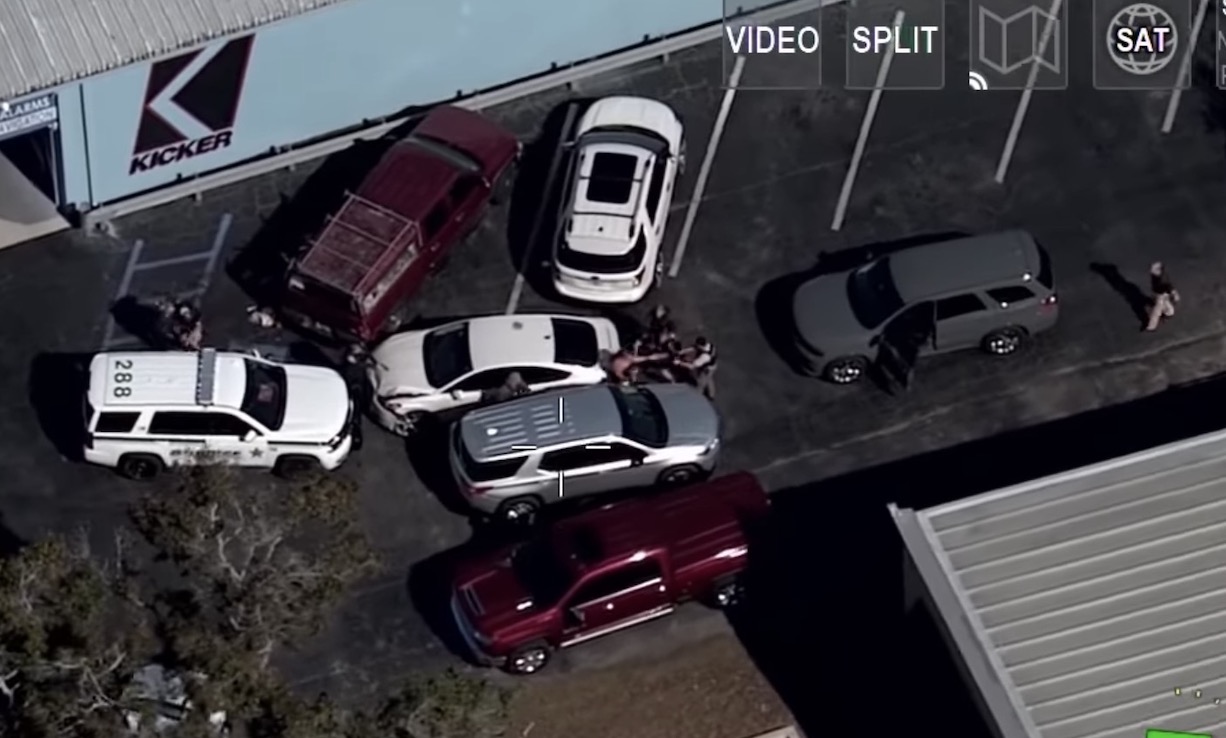 The deputy, who was transported to a local hospital to be treated for various injuries, is in good condition and expected to be released today.

Vanfossen is charged with motor vehicle theft, fleeing to elude, second-degree attempted murder and leaving the scene of a crash.

Rick Wells, Manatee County Sheriff said: "She needs to be put in prison and I will do everything in my power to make sure those charges are not reduced, that there’s no plea bargain.

“She needs to do the time because my deputy is lucky to be alive and I’m aggravated and I’m angry about it.”