A SHOCKING video captured the moment a suspected car thief was punched so hard his head broke a brick wall.

The viral clip is believed to have been captured in Droylsden, Greater Manchester. 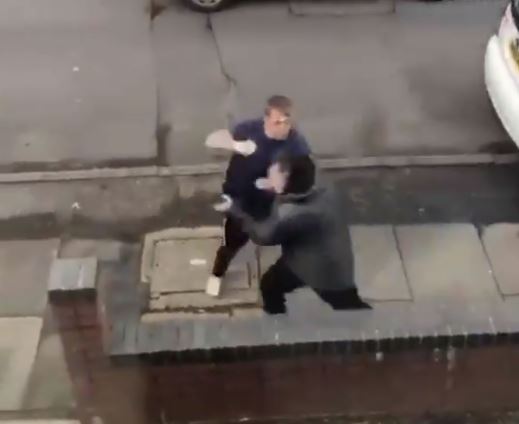 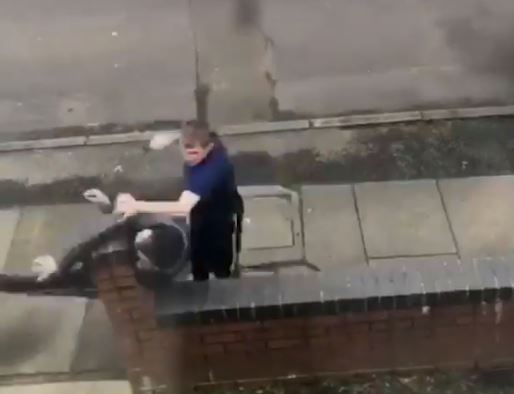 Two men can be seen running away from a crashed car at the end of the road in the video.

One of the hooded men decides to run back to the car as a flatbed truck passes the wreckage in Cypress Road.

After reportedly collecting a phone he left behind in the vehicle, the man flees the scene and tries to follow after his associates.

Another man jumps out of the back of a white car and manages to land an astonishing punch on the assailant.

The punch sends the suspected thief flying into a garden pillar with such force that his head connects with it and breaks the brick pillar in two on the floor.

As he lays on the ground clutching his head, the man who threw the punch stands over him and can be heard shouting: "You f****** little b******."

The video has been viewed more than one million times since it was shared on social media, with many users expressing their shock at how the punch broke the brick wall.

One Twitter user said: "I've gone back to the point where he smacks him against the garden pillar about ten times, outstanding hit that."

Another said: "He punched him through a wall. Some Tom and Jerry s*** that."

A resident who lives in the area believes the man who landed the significant punch and his partner were builders who were working on a nearby site. 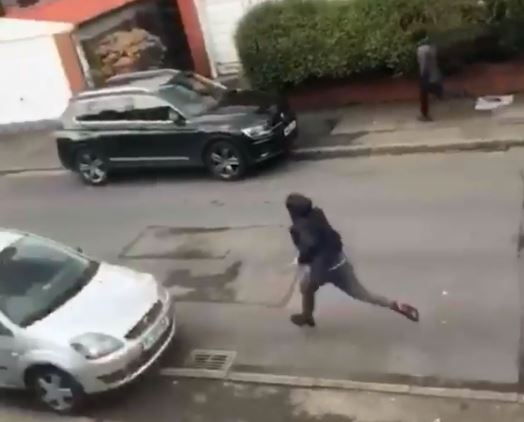 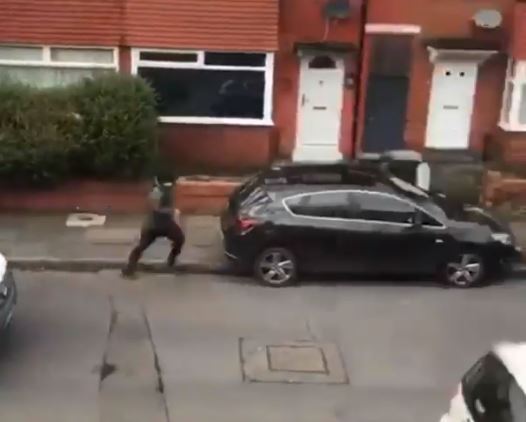 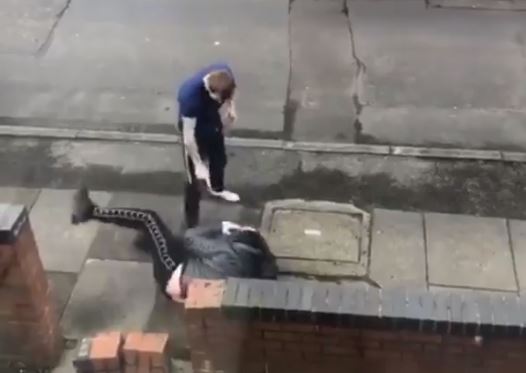