SHOCKING maps show how fast the Delta variant has spread across the country, with hotspots taking the brunt.

In less than a month the strain has become dominant in almost every authority in England, making up at least half of the infections there. 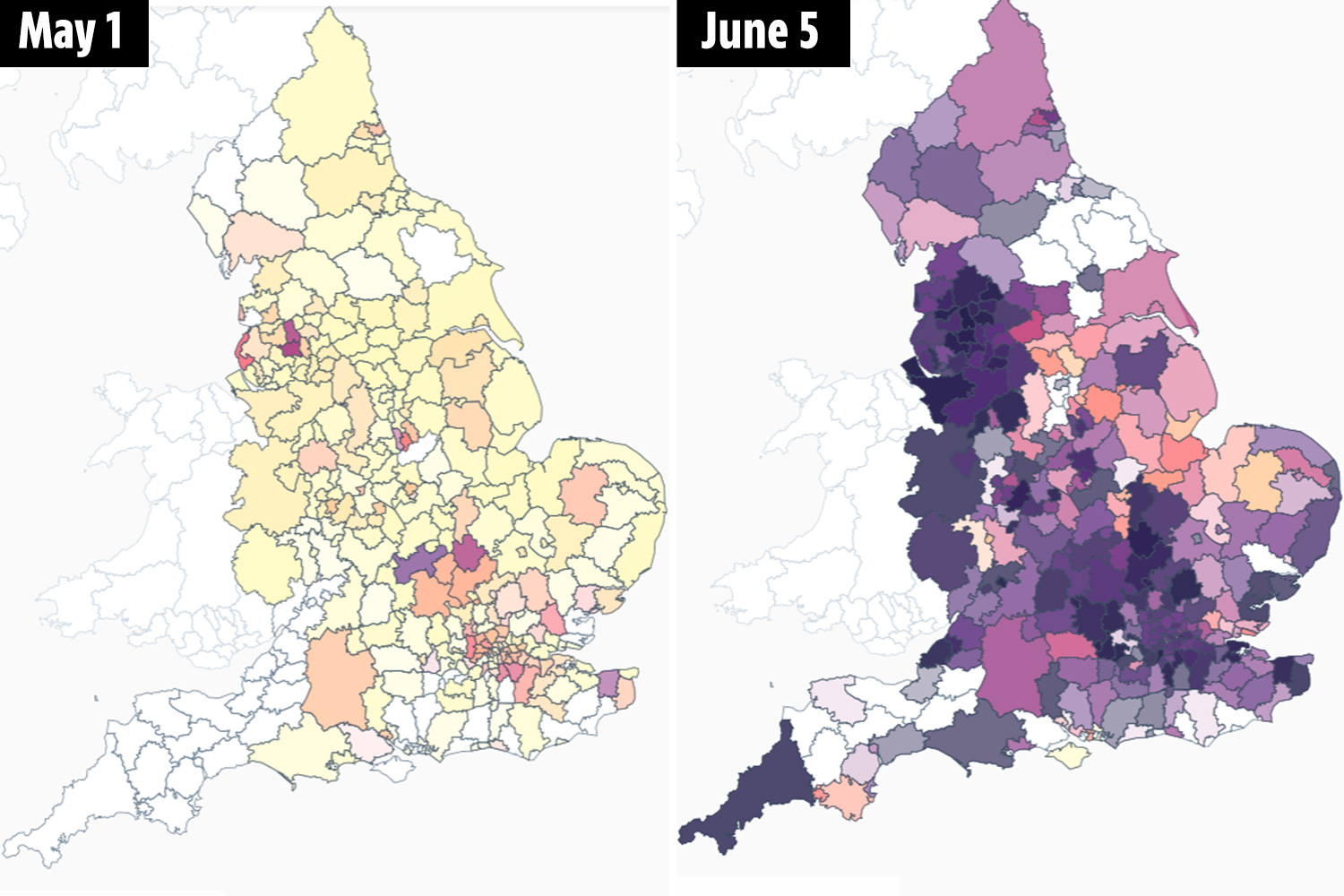 But as a nationwide picture, officials say the strain accounts for 96 per cent of new cases.

Maps from the Wellcome Sanger Institute show that only a few places had seen Delta overthrow the Kent strain.

These were Blackburn with Darwen, Bolton, Bedford, South Northamptonshire, Bromley and Canterbury.

At the same time, scientists warned the then-called “Indian variant” would overtake the Alpha (Kent) strain within a matter of weeks and cases would surge.

Their hunch was correct, as now Delta has spread out from the initial hotspots, becoming the main strain in circulation across the country.

If an area has a high proportion of Delta cases, it does not necessarily mean there are lots of cases there.

For example, Delta is 100 per cent dominant in Cornwall, but only seven cases are diagnosed there per week, which is very low.

Delta is at least 60 per cent more transmissible, and its ability to dodge some immunity from vaccines gives it an advantage to keep spreading.

Where are Delta hotspots?

The Sanger data shows that Bolton is still diagnosing the most cases per week, despite a package of extra measures bringing case rates down.

It is diagnosing around 630 cases of Delta a week, followed by Blackburn and Manchester, both with around 500.

Most of Greater Manchester and Lancashire are reporting between 100 and 150 cases of the highly infectious strain each week. 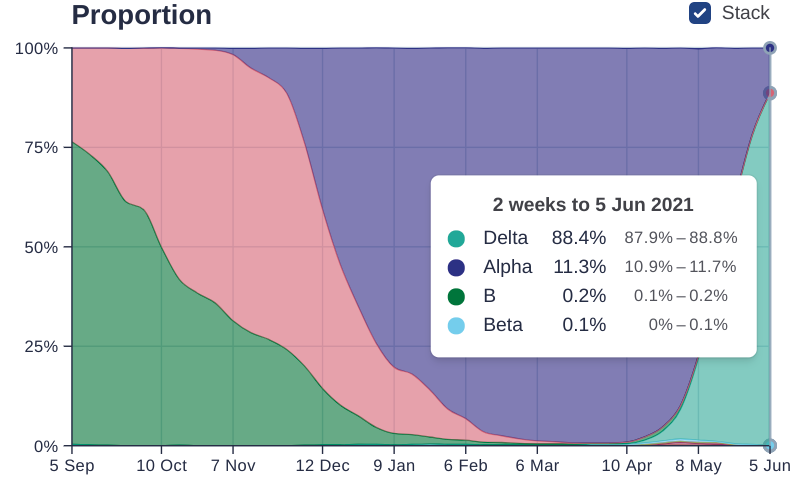 The data is a few days out of date, up to June 5, because it takes at least a week for scientists to analyse Covid swab tests.

Some parts of the country appear almost untouched by the Delta variant, with zero cases in the two weeks to June 5.

There have been at least 42,000 cases of the Delta strain in the UK so far since it emerged in mid-April.

But that figure is only based on genetically screening a proportion (around half) of all positive tests, and so the true number may be twice as high.

This is the highest proportion since the start of the year.

Other areas of the country are now recording steep rises, however.

These include Calderdale and Leeds, both in West Yorkshire; Newcastle upon Tyne, and Wandsworth and Tower Hamlets in London.

Warnings of a “substantial third wave” in light of Delta have forced the Government to reconsider lifting lockdown on June 21.

It comes even though other aspects of the outbreak have significantly improved, with barely any increase in the nationwide hospital admissions.

A delay of four weeks or more is hoped to give more time to give around 10 million vaccine doses to boost the nation’s protection.

Prof Mark Woolhouse, Professor of Infectious Disease Epidemiology, University of Edinburgh, said: “An announcement that Stage 4 of the road map is to be delayed would be justified. 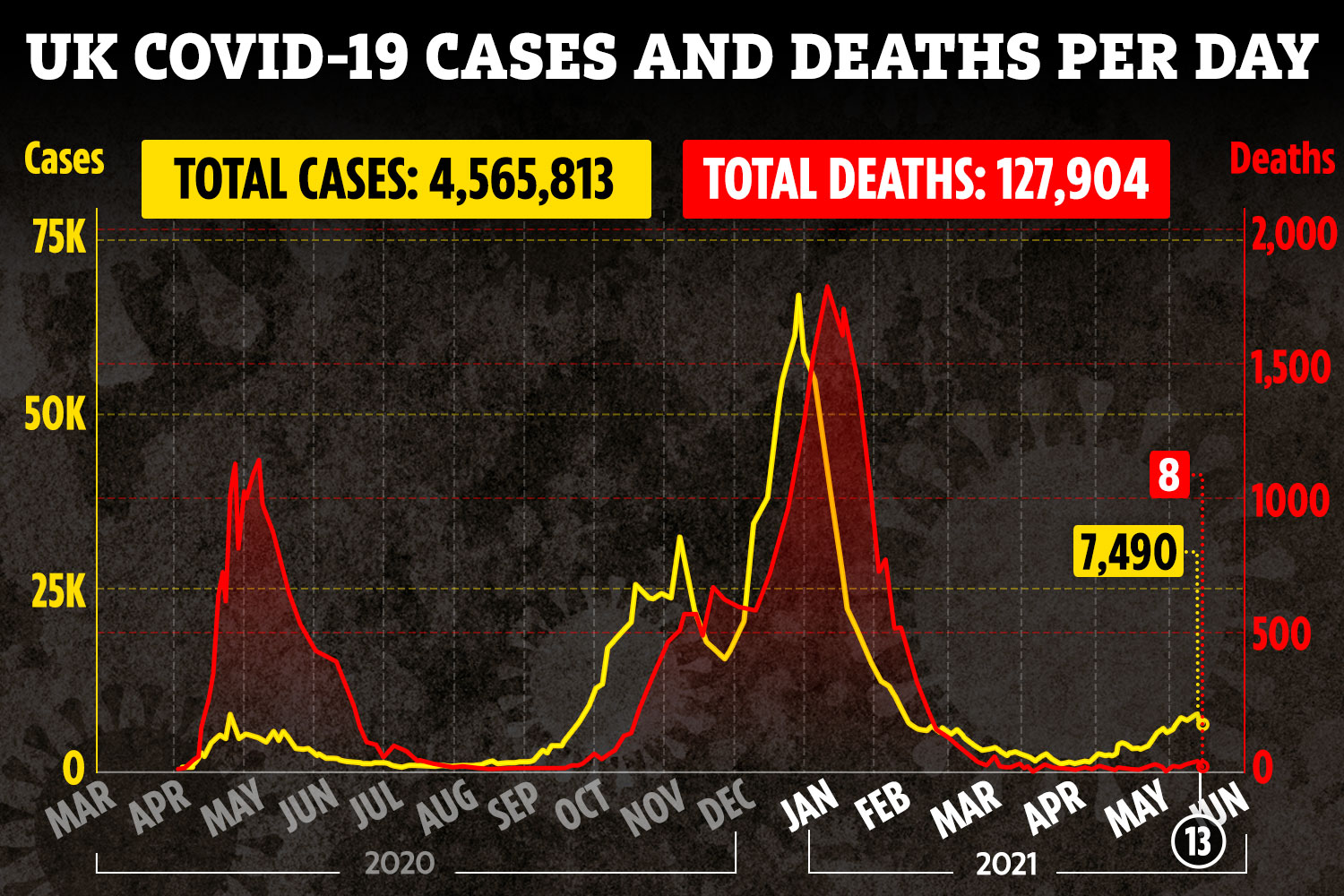 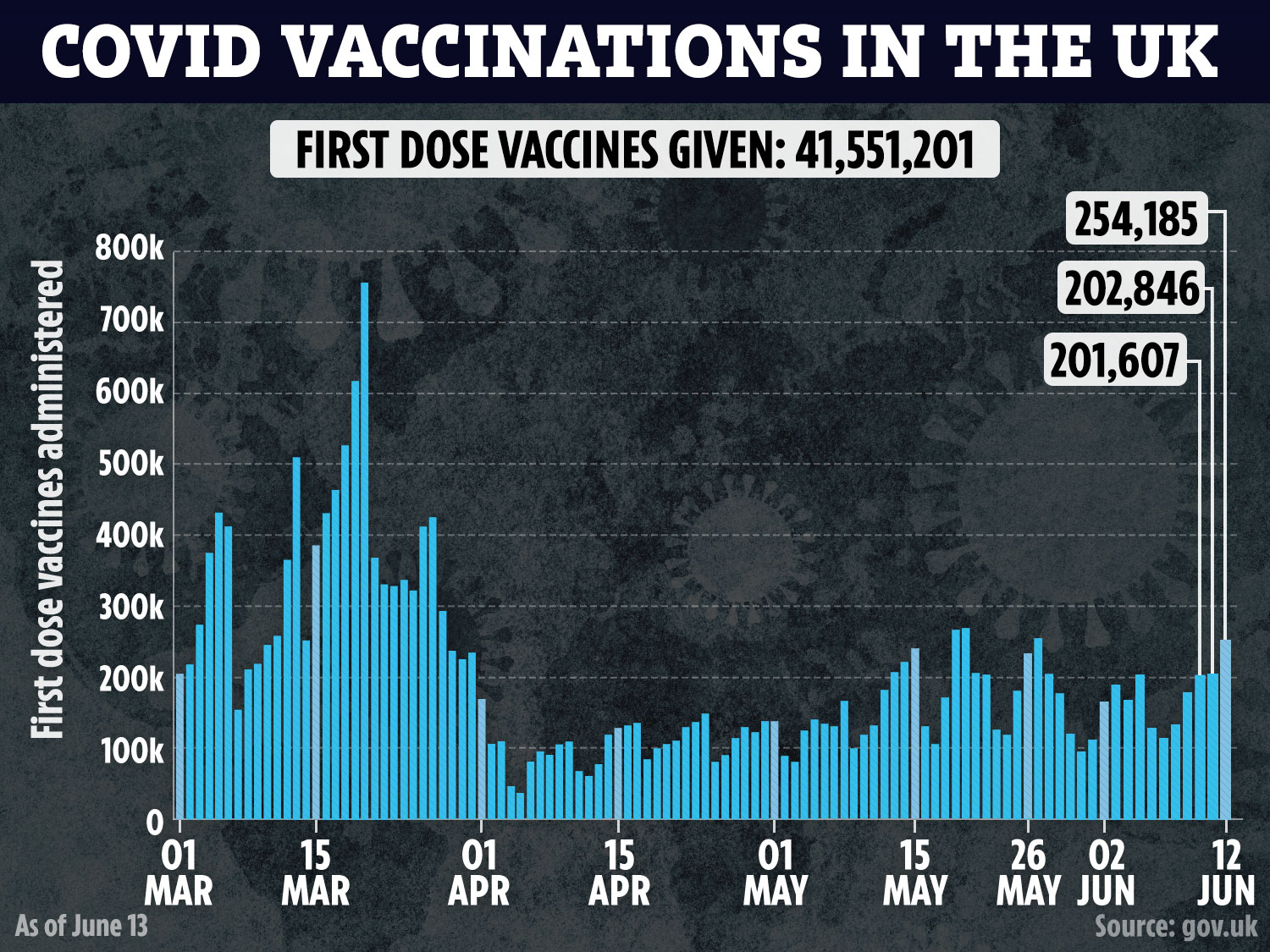 “The arrival of the delta variant has changed the assessment of the risks of re-opening: it is more transmissible, causes more severe disease and the vaccines are less effective against it.”

The benefit of an extra few weeks would provide more time to vaccinate people with two doses.

But the move has been met with anger from Tory MPs.

Mark Harper, the chairman of the Covid Recovery Group (CRG) of Tory MPs, warned that if the unlocking did not go ahead as planned, restrictions could carry on through the autumn and into the winter as other respiratory infections picked up.

He said: The effectiveness of our vaccines at preventing hospitalisation means unlocking on June 21 could proceed safely. Any decision to delay will be a political choice,” he said.

“Variants and mutations will appear for the rest of time. We have to learn to live with it.

“If our very effective vaccines cannot deliver us freedom from restrictions, then nothing ever will.”

Steve Baker, the CRG deputy chairman, questioned how long the country could “fumble along” with restrictions that had such “devastating consequences” for both business and people’s mental health.

Boris Johnson is expected to make the formal announcement at a press conference at 6pm this evening.