Professor whose advice paved the way for laws legalising cannabis for medical use is set to make £4.4MILLION from a deal with one of the world’s biggest suppliers of recreational marijuana 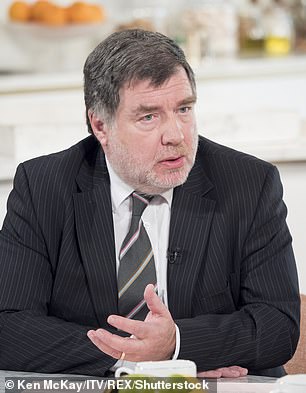 A key adviser to MPs behind controversial new laws legalising cannabis for medical use is set to make millions from a deal with one of the world’s biggest suppliers of recreational marijuana.

Professor Mike Barnes was paid to write a major report which paved the way for a law change earlier this year, allowing cannabis to be legally prescribed in Britain, including on the NHS.

When he wrote his 169-page study in 2016, highlighting the health benefits of marijuana, Professor Barnes said he had ‘no commercial interests in cannabis’.

Today, a Mail on Sunday investigation can reveal that he now stands to make up to £4.4 million selling a stake in his firm to a Canadian conglomerate.

It is shelling out up to £27.8 million for a half-share in Professor Barnes’s company, Theros Pharma, on the basis that it will secure either a licence to grow cannabis for medical use in the UK, or a licence to import the drug.

This paper can also disclose that:

Following publication of Professor Barnes’s 2016 report for The All Party Parliamentary Group (APPG) for Drug Policy Reform, the group called for people suffering from certain medical conditions to be allowed to grow cannabis themselves. 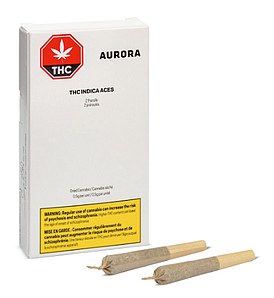 Canadian cannabis firm Wayland struck a deal to provide recreational marijuana to the Ontario Cannabis Store, an online shop that sells an array of products, including pre-rolled joints, above.

The MPs said that companies should be able to legally import or cultivate the drug here for medical use.

The stories of Alfie Dingley and Billy Caldwell, whose parents said could only be helped by cannabis-based medicines, shifted public opinion on the issue – prompting the Government to change the law.

But there are fears some pro- cannabis campaigners and businesses are using the medical argument as a smokescreen to disguise their ultimate aim – full legalisation. Cannabis is addictive, and studies show that regular use of stronger strains can triple the risk of psychosis.

Only yesterday, the Centre for Social Justice think-tank predicted legalisation would ‘open the floodgates to hundreds of thousands of new users’, leaving many with mental health problems.

Last night, MPs and anti-cannabis campaigners said Britain was at risk of its drugs laws being influenced by large firms.

Conservative MP David Davies, vice-chairman of the All-Party Parliamentary Group on Cannabis: Harmful Effects On Developing Brains, said: ‘Many people think that cannabis companies are small, family-owned businesses, but there are big companies which stand to make a lot of money. They have made millions from legalisation for recreational use in Canada and we must be vigilant against it happening here.’

The 2016 report for the APPG, ‘Cannabis: The Evidence For Medical Use’, extolled the drug’s virtues for medical conditions including chronic pain, chemotherapy-induced nausea and anxiety. 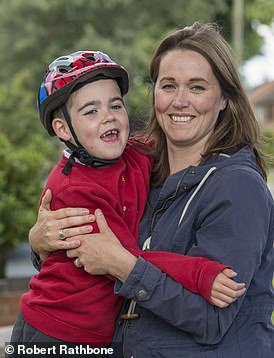 Professor Barnes was instrumental in backing an emotive campaign to obtain cannabis oil medicine for Alfie Dingley, who has severe epilepsy.

He helped the six-year-old’s mother Hannah Deacon (above, with Alfie) to secure a licence to import the remedy from The Netherlands.

The case – and that of fellow epileptic Billy Caldwell, 12, from Northern Ireland, who he also helped – shifted public opinion on the subject.

In October, the Government announced it was changing the law to allow prescription of cannabis-based medicines in certain circumstances.

In his report to the APPG on Drug Policy Reform, Professor Barnes failed to declare he was a member of the advisory panel for pressure group Clear, which aims ‘to end the prohibition of cannabis’ for all users – medicinal and recreational.

He said at the time that he was only asked to ‘advise Clear on its campaign to legalise cannabis for medical purposes’. Last night he reiterated that he did not support legalisation for recreational use. He is still a member of Clear’s advisory board.

In it, he and co-author Dr Jennifer Barnes, his daughter, stated they had ‘no commercial interests in cannabis or cannabis products’.

Seven weeks ago he changed its name to Theros Pharma. Until last month he was its sole director and shareholder.

On November 26, Wayland announced it was buying just over half of Theros.

In a public statement, Wayland described the firm as ‘an early stage company that has successfully imported cannabis to the UK for patients with a prescription for medical cannabis’.

Wayland will pay £3.8 million up-front for 51 per cent of Theros, followed by another £24 million when the UK firm is issued with either a licence to cultivate cannabis in the UK or import it for medical use.

Professor Barnes was quoted – as a ‘neurologist and medical cannabis campaigner’ – saying it would be ‘a pleasure to work in collaboration with Wayland’. His financial interest was not mentioned.

But this paper has seen documents showing Professor Barnes stands to make up to £4.4 million from the deal.

He said he gave away five-sixths of his business to other interested parties, and is selling just over half his remaining 15.9 per cent stake, which puts him in line to reap £4.4 million once Theros is granted either licence.

He keeps a 7.8 per cent stake in Theros potentially worth a similar amount.

Separately, The Mail on Sunday has found he twice applied to sit on a National Institute for Care Excellence (Nice) committee that will draw up guidelines on which patients will get cannabis-based products, but was rejected.

Last night, Professor Barnes said his 2016 statement that he had no commercial interest in cannabis at the time was ‘entirely true’, adding he was only paid £1,000 for the report.

Since January this year he had earned a ‘modest monthly consultancy fee’ from SOL Global, totalling about £50,000 a year.

He confirmed having a ‘small minority shareholding’ in Theros and did not dispute that he would earn about £4.4 million if it was granted either licence.