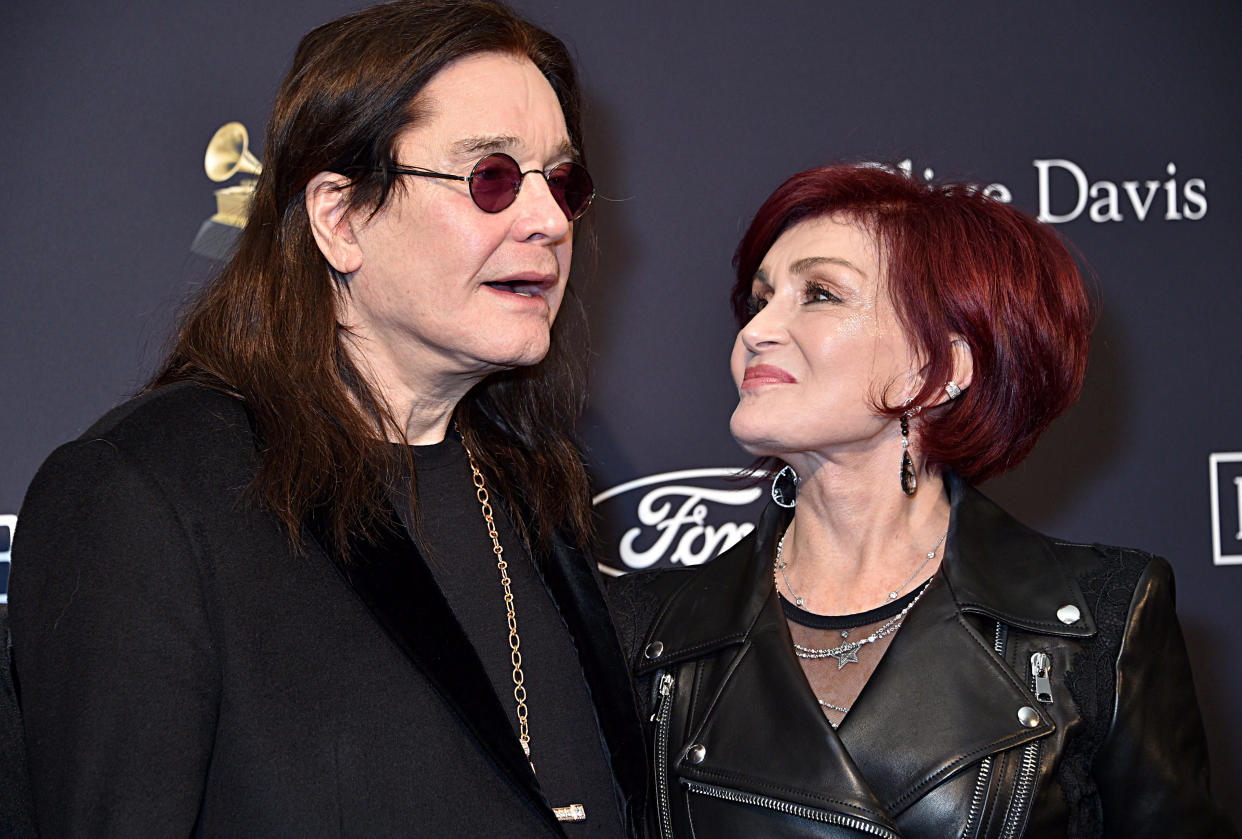 Sharon Osbourne celebrated her 70th birthday on Saturday evening with a star-studded party, where she took to the dance floor for a touching dance with her husband, Ozzy, 73.

As their younger daughter, Kelly Osbourne, took to the stage to perform the ballad "Say You Won't Let Go" by James Arthur, Sharon led Ozzy, who walked with a cane, to the dance floor. The Black Sabbath icon wrapped his arms around his wife, whom he married in 1982, to move to the music as onlookers expressed their joy.

"All my wishes in one room. My heart is full," Osbourne captioned the video, which accompanied a series of photographs from the big night.

In her Instagram Stories, Osbourne posted a video of herself as she blew out her candles from a gargantuan birthday cake, as Ozzy watched in disbelief. 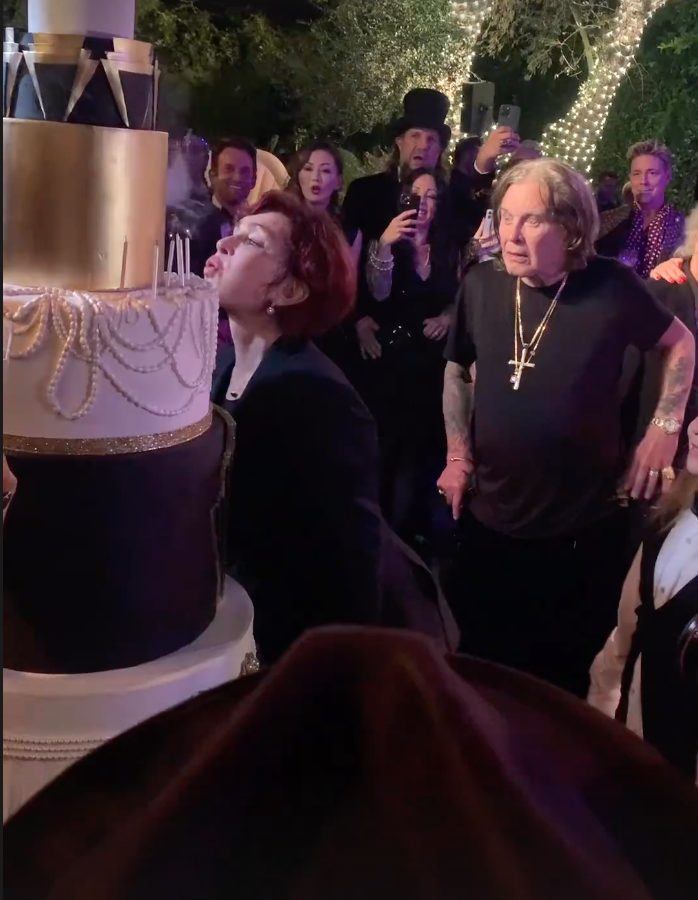 It's been a roller coaster of a year for the Osbourne family, with highs including Ozzy's return to the stage and the upcoming arrival of Kelly's first child. Back in June, Ozzy underwent a "major surgery," which followed years of health problems including COVID-19, Parkinson's disease and a 2018 surgery for a potentially deadly staph infection on his right thumb. The couple also returned to their native England, a decision they've attributed to concerns about mass shootings and discord in the United States.

Sharon, who was fired from The Talk in 2021 following an on-air argument with co-host Sheryl Underwood, recently opened up about the claims of racism she said "destroyed [her] credibility in America."

"I was thinking to myself: This is gonna be it," Osbourne told Yahoo Entertainment. "Over 50 years working in this industry and this is going to be it. This is it. I'm gonna go out as a racist? I found it so heartbreaking. And it was like: Why, why did this happen? Why?"

The argument with Underwood began after Osbourne defended Piers Morgan when he accused Meghan Markle of fabricating allegations of racism from within the British royal family. While Osbourne later apologized, she told Yahoo that the allegations had a devastating effect on her career and livelihood. She even faced death threats, sharing in her new Fox Nation docuseries, Sharon Osbourne: To Hell & Back, that there were "nutcases threatening me, saying they were going to come in the night, cut my throat, cut my husband's throat, cut my animals up."

"Let's be truthful about this: They destroyed my credibility in America," Osbourne explained to Yahoo Entertainment. "Let's be really truthful. It's like: I have nothing to be afraid of. Their allegations were wrong and were twisted and distorted."

Osbourne admitted she considered suing CBS for firing her, but ultimately didn't want to get wrapped up in a multi-year lawsuit. Still, she thinks America would never welcome her back with open arms.