HUDDLED under the duvet, terrified Shana Grice could hear the heavy breathing of her stalker, standing over her bed after he broke into her home.

After he left, the 19-year-old receptionist from Brighton, reported Michael Lane to Sussex Police – but he was let off with a caution. 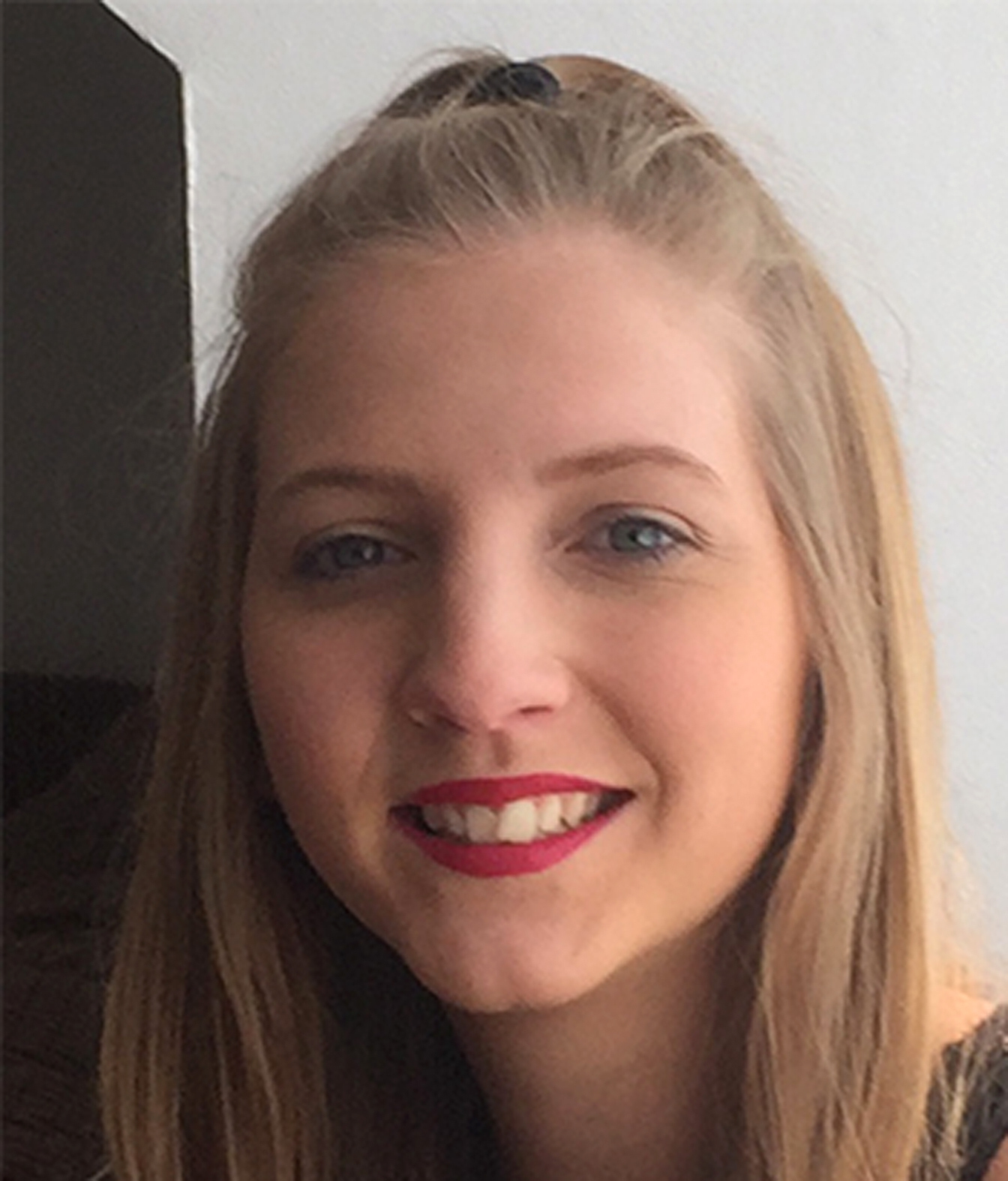 Incredibly it was one of five reports she made about Lane’s disturbing behaviour over a period of six months in 2016 – but each one was ignored.

She even got a £90 fine for ‘wasting police time’.

But six weeks after the first break in, 26-year-old Lane walked into her bedroom, slit her throat and set her body alight.

Lane was convicted of her murder and jailed for life, in 2017.

In the Sky Crime documentary Murder in Slow Motion, which aired this weekend, Tom Milsom from the Independent Office of Police Conduct (IOPC), says Sussex Police failed Shana and didn't understand "the difference between a spat between two individuals and harassing behaviour."

“You really need to listen to the victim and I don't think that happened to Shana,” he says. “She was let down.” 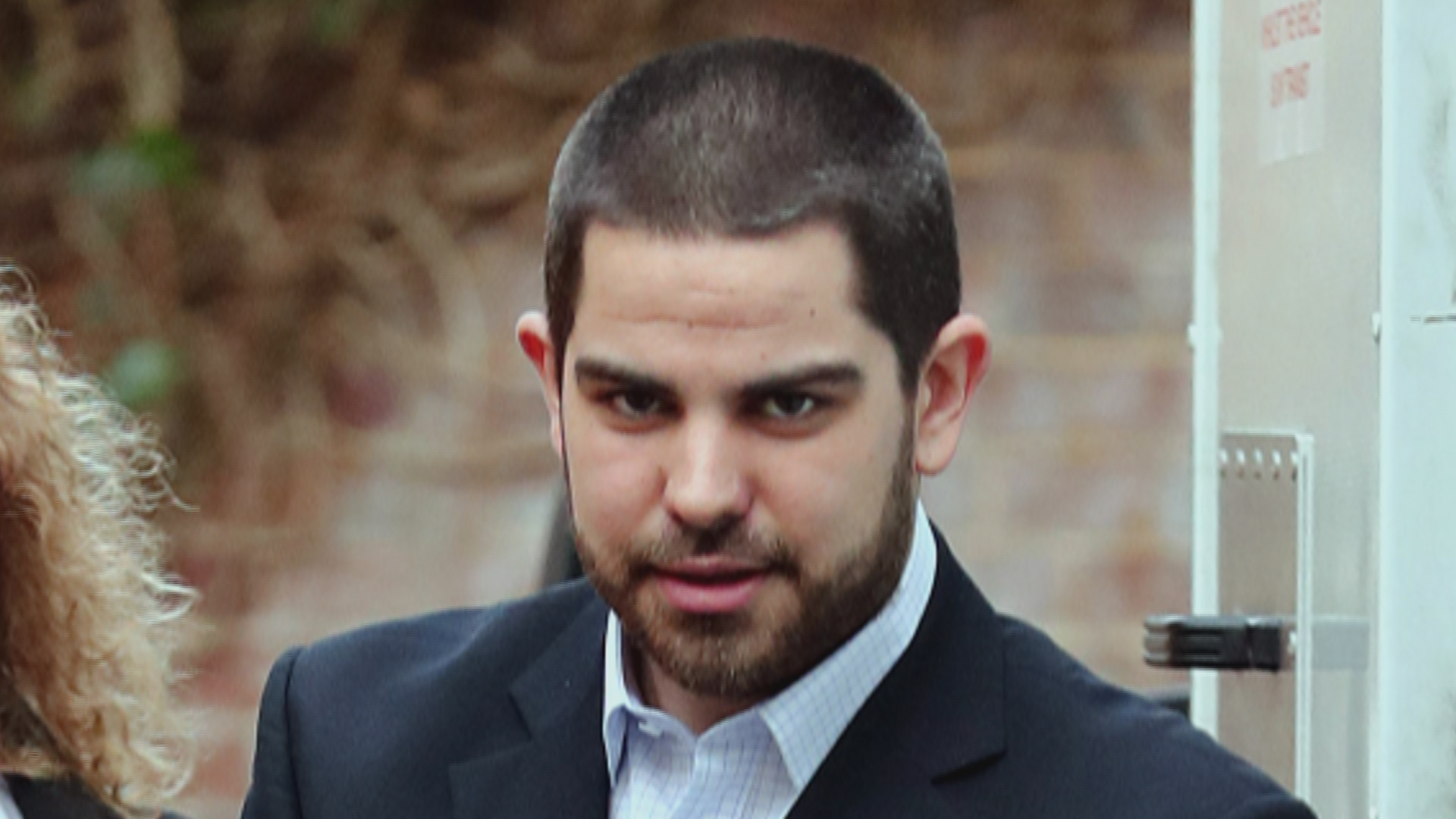 One in five women has been the victim of stalking since the age of 16, according to the Crime Survey of England and Wales.

In the past decade 2,075 women have been murdered in the UK and 57 percent were killed by someone they knew, most commonly by a partner or ex-partner.

“This is such a tragic murder and all the more so because it was avoidable,” she tells The Sun.

“The case typifies why women have little faith in the police and why they often don't report incidents because they are not confident they will get the help that they need.”

The threats women face and reporting of crimes have been thrown into the spotlight since the tragic murder of Sarah Everard earlier this month. 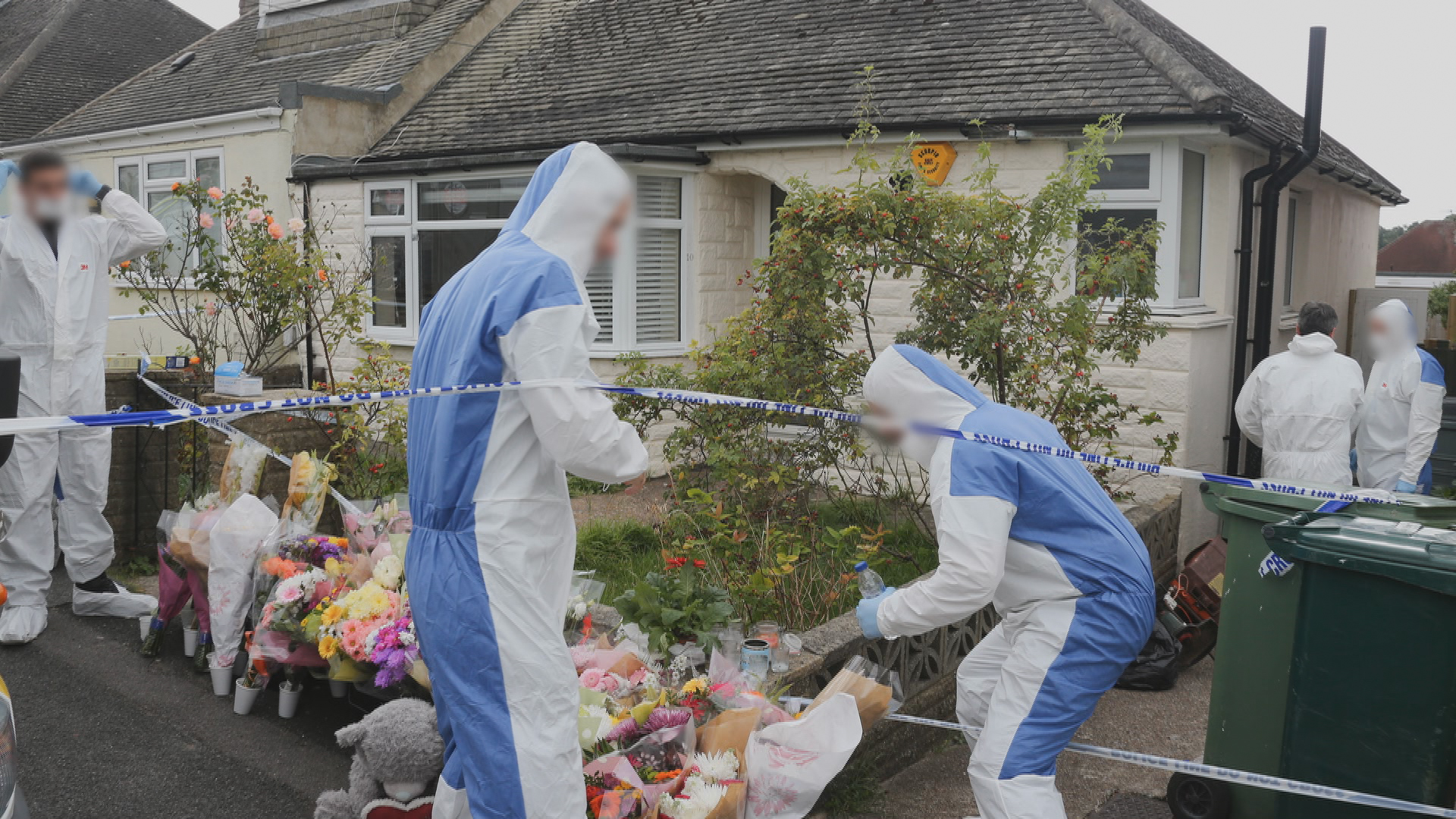 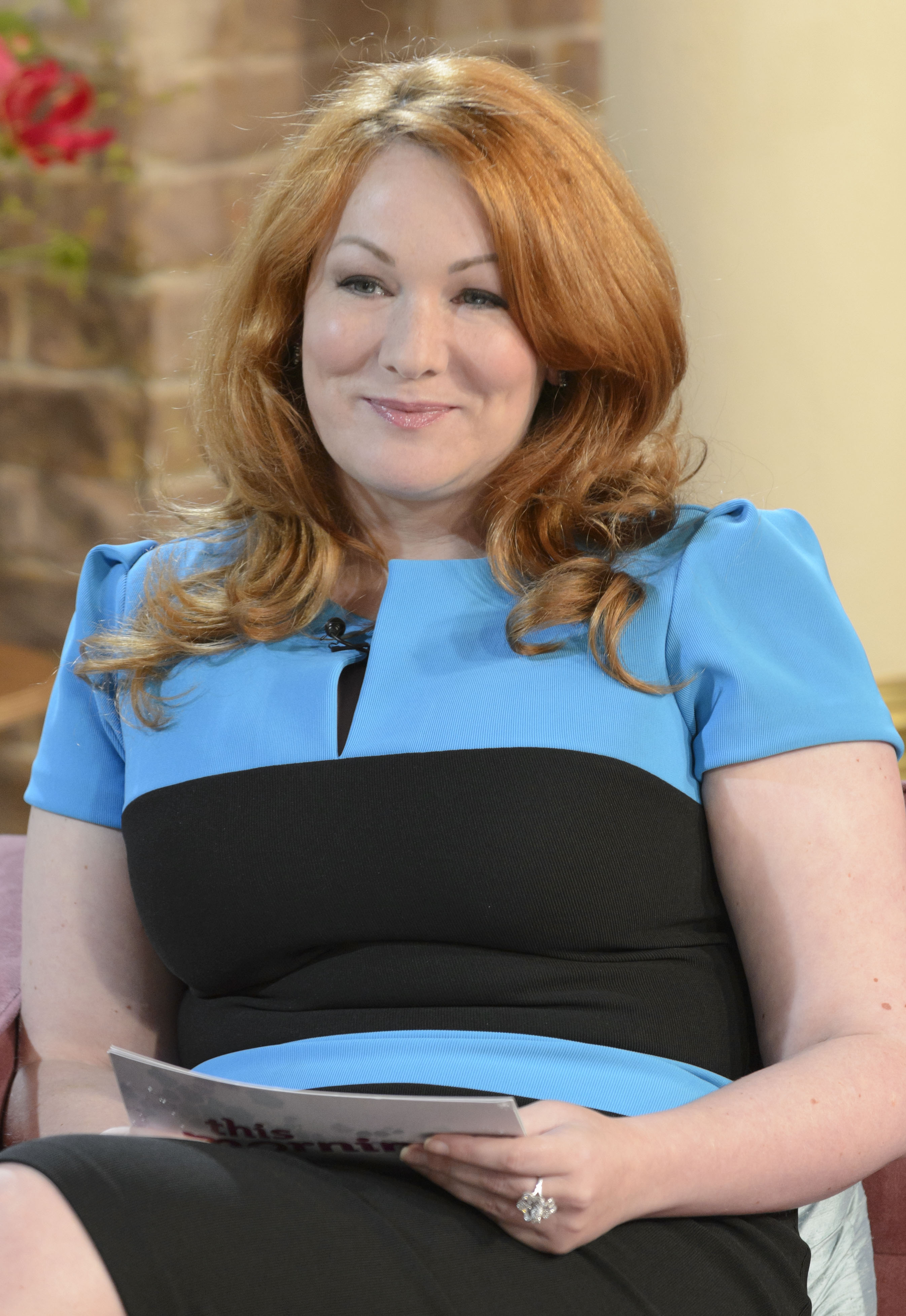 At 18, Shana Grice had her whole life ahead of her, with a new job at a fire alarm firm and a new house, sharing with two other girls.

Michael Lane, eight years her senior, was a mechanic at the firm and instantly took a shine to the blonde receptionist, lavishing her with attention.

"Lane was pursuing her and she may have felt that was very romantic," says Kerry.

"But it’s the beginning of someone trying to control you and coerce you.”

Shana secretly dated Lane for a few months, breaking up with longterm boyfriend Ashley Cooke, but he became volatile and possessive and, after a row at a Christmas party, she called it off.

But Lane refused to let her go, even after she reunited with Ashley.He bombarded her with messages, sent her flowers for her 19th birthday and slashed her tyres.

He also vandalised Ashley’s car and left a note reading: “Shana will always cheat on you. Happy New Year.”

Frightened by his behaviour, Shana called the police, in February 2016. The female call handler phoned Lane and warned him to stay away.

But a month later, after an office party, Lane came back to Shana’s house with her two flatmates.

When Shana left, to get away from him, he followed and tried to grab her mobile phone, pulling her hair and hitting her in the process. 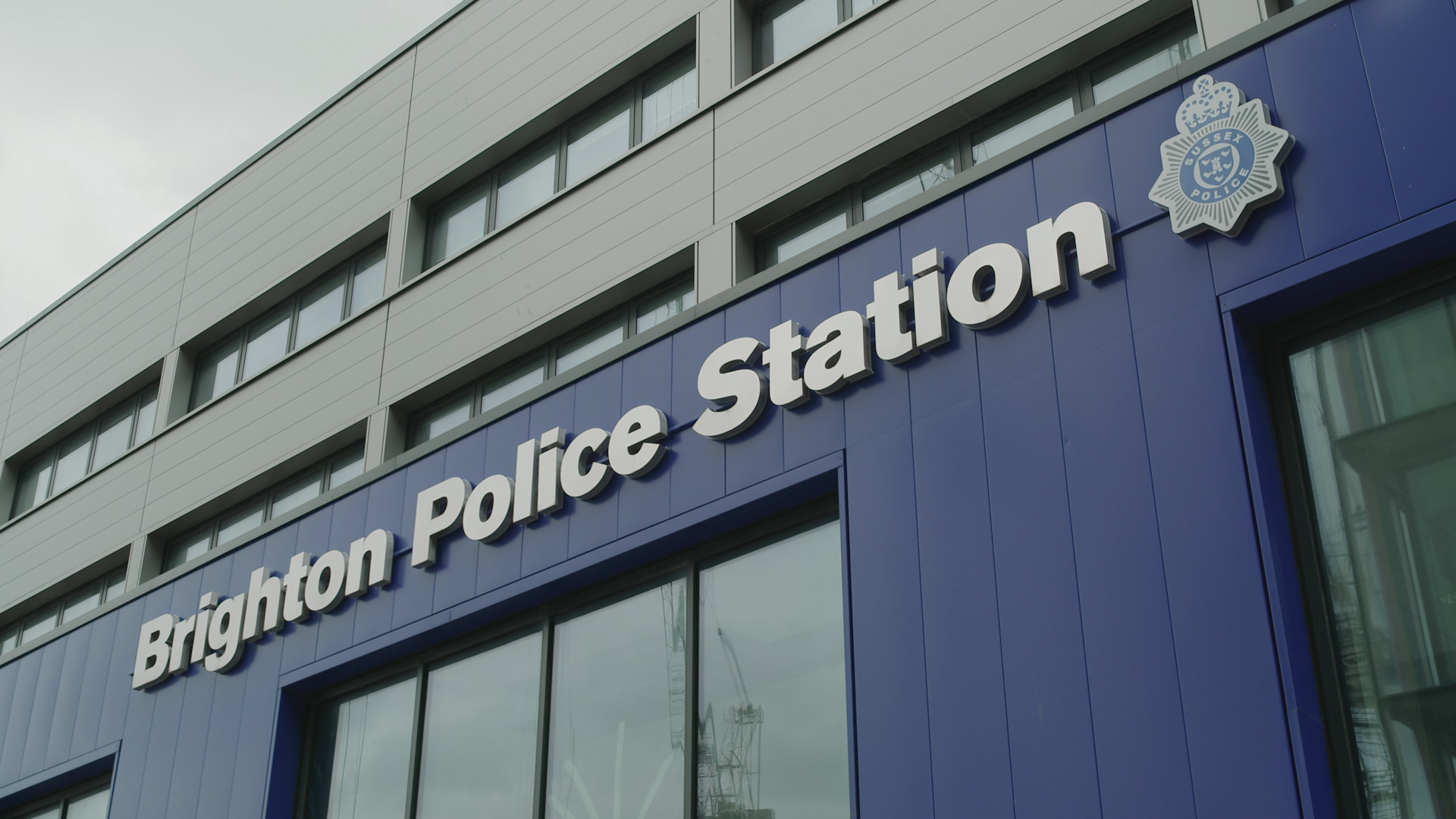 Shana ran to Ashley’s house and called the police. When PC Trevor Godfrey arrived to take a statement, he interviewed her in front of Ashley and his parents, in breach of guidelines.

Shana didn’t mention the previous fling which Lane then revealed in interview.

“Shana found herself in an embarrassing situation,” says Tom Milson.

“If Shana had been interviewed alone, she may have been more forthcoming around some of the details.”

Incredibly, while Lane was let off with a caution, Shana was branded a “liar” and fined £90 for wasting police time with PC Godfrey claiming the complaint was “a smoke screen to disguise her affair.”

“The police saw it as a lover's tiff, teenagers having a tumultuous relationship, so she wasn't taken seriously,” says Kerry.

“She was stereotyped as a woman having a secret affair and was causing trouble when in fact, she was trying desperately to help.

“What they didn’t acknowledge is that you can be in an on-off relationship with someone and still be frightened, still be the victim of stalking.

“And the fact that a relationship had previously existed makes the level of risk greater.” 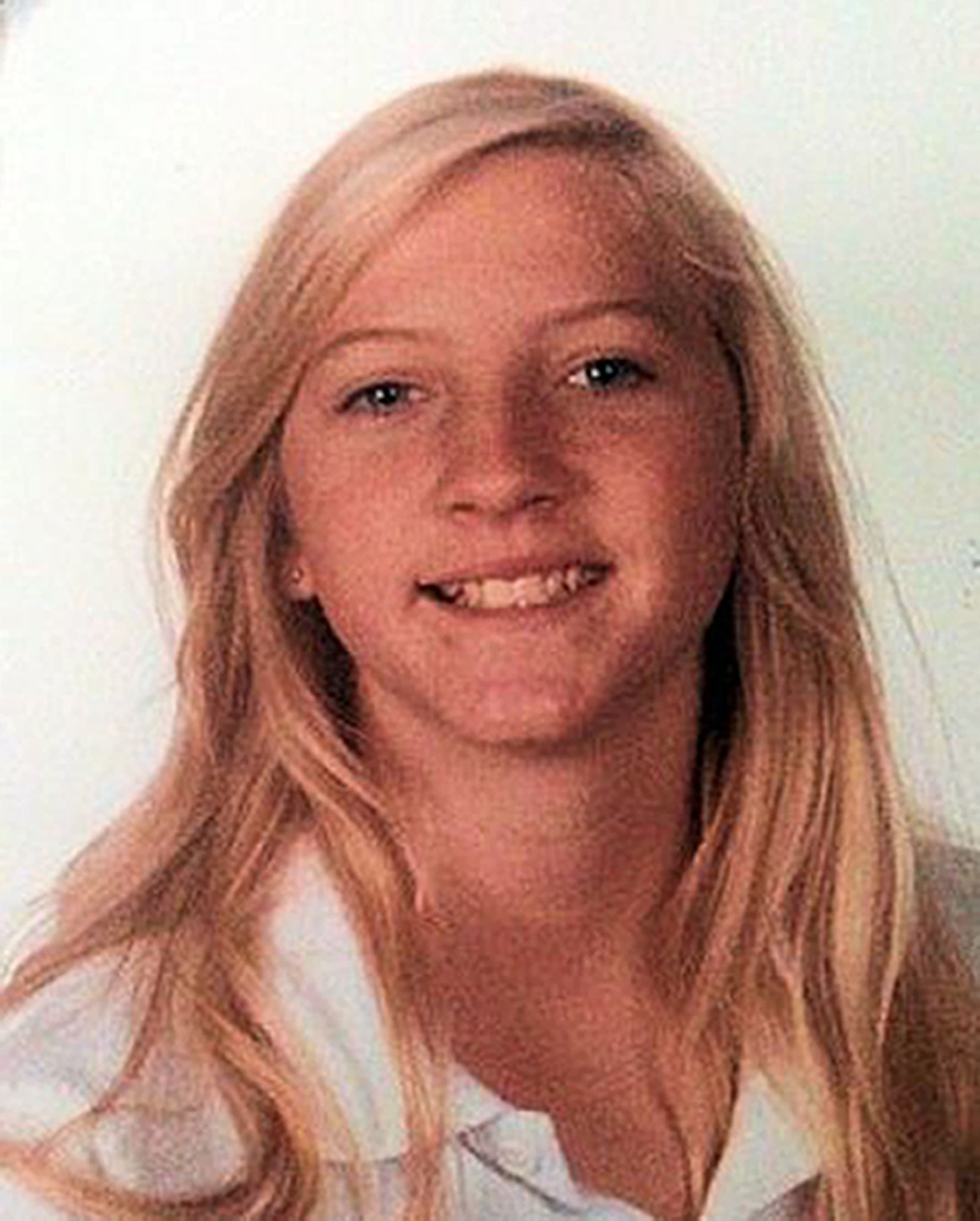 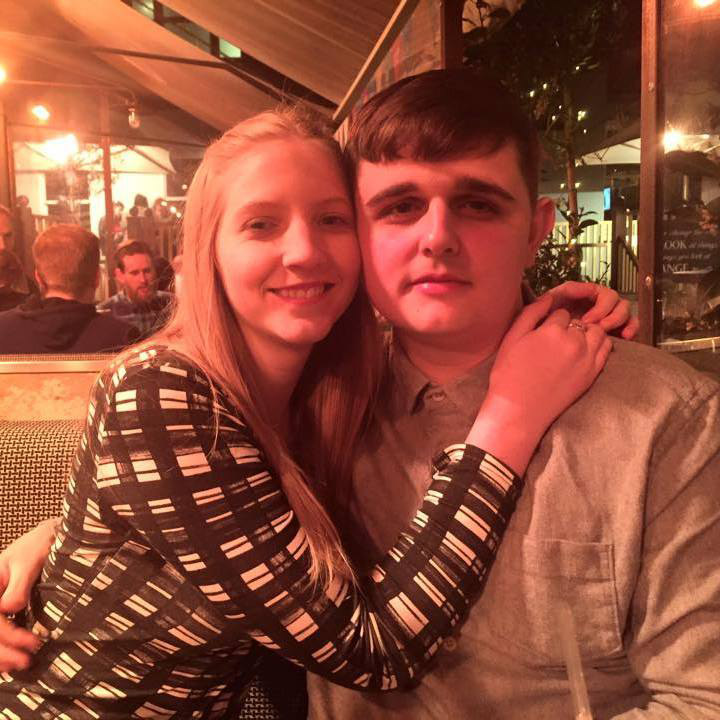 Crept into bedroom to watch her sleep

Shana, who quit her job after the incident, was horrified at the fine and friends say it dented her confidence in coming forward when Lane’s stalking continued.

But in July 2016, Lane stole Shana’s back door key then crept into the house, in the middle of the night, when he thought she was sleeping.

Shana hid under the duvet and pretended to be asleep, hearing his heavy breathing as he watched her.

In a chilling phone call, recorded by Shana and played on the documentary, Lane explains: “I wanted to see you and I knew you wouldn’t let me in.”

He adds: “I’m just not right in the head, otherwise I wouldn’t do it."

Once again, brave Shana contacted the police, submitting the recordingbut, after a 12 minute interview, Lane was let off with another caution.

“At that point, the police really should have sat up and paid attention because, by anybody's standards, that is deeply disturbing behaviour," says Kerry.

“It's inconceivable that he wasn't charged. Why wasn't a plan of protection put into place?”

The next day, despite the caution, Shana received heavy breathing calls from an unlisted number, which she also reported.

She told police: “I’m really scared." Still it was filed as “low risk.”

Two days later she told police Lane was following her.

She received a letter from Sussex police saying no further action would be taken and the case was closed. 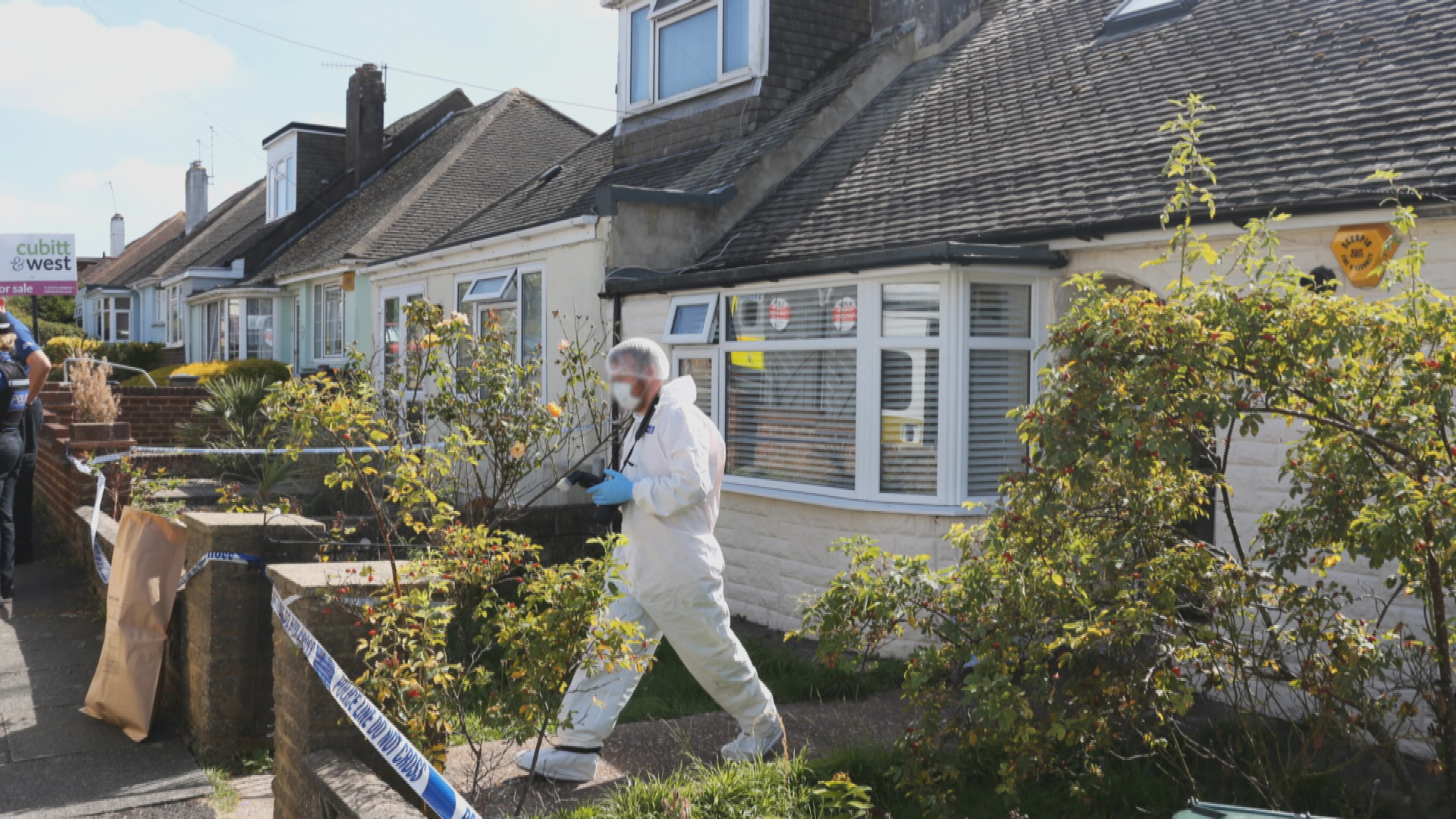 On the hottest day of the year – August 25, 2016 – Lane bought a can of petrol and, armed with a kitchen knife, broke into Shana’s home again.

This time, he walked into her bedroom and slashed her throat before dousing her body in petrol and setting it alight.

Within hours, Lane was arrested but denied hurting Shana.

CCTV evidence proved he had been at her house, changed his clothes immediately afterwards and bought petrol at a nearby garage. His bloody trainers were found in a hedgerow nearby.

Police also found a tracker on Shana’s car, connected to his phone. 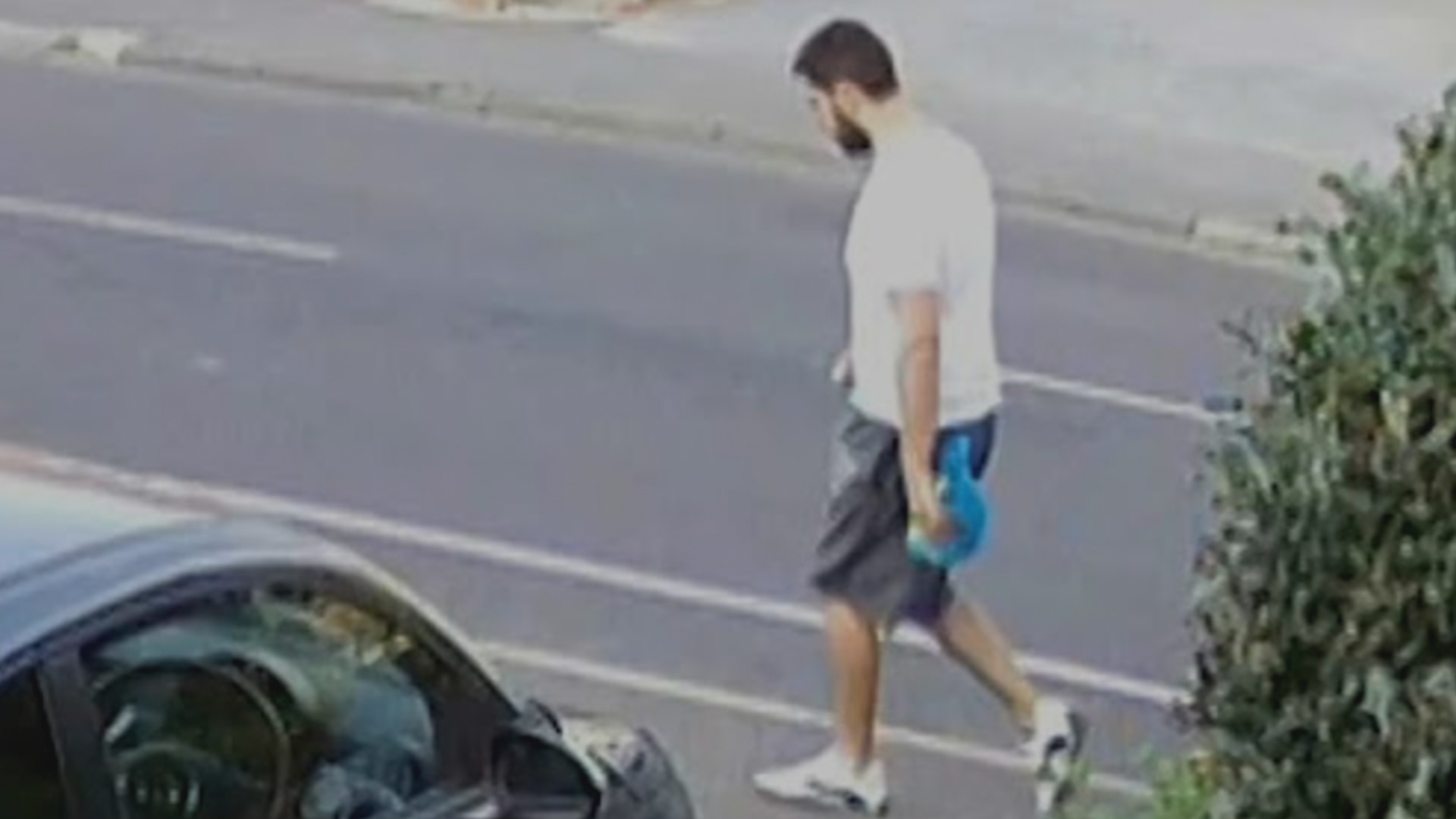 Feb 8 2016: Shana reports Lane for stalking her, sending her unwanted flowers and leaving a message on Ashley’s car.

March 24: Police called after Lane pulls Shana's hair and tries to grab her phone. Shana is issued with a fine.

July 9: Lane cautioned by police after stealing Shana’s key and letting himself in to watch her sleeping.

July 10: Shana reports seven calls from a withheld number, including one with heavy breathing.

July 12: Shana reports to police that she has been followed by Lane. Police say no further action will be taken.

August 25: Lane enters Shana's bungalow in Brighton, slashes her throat, and sets fire to her bedroom.

In March 2017, Lane was jailed for 25 years after being found guilty of the murder of Shana Grice.

Mr Justice Green criticised Sussex Police saying: “Tragically, when she sought help from the police, she received none.”

“Michael Lane felt that if he continued with his obsessive stalking behaviour it was most unlikely that the police would do anything to stop him.”

After the trial Shana’s family said: “We are relieved that the man that killed our precious Shana, our only child, will serve a long and deserved prison sentence. 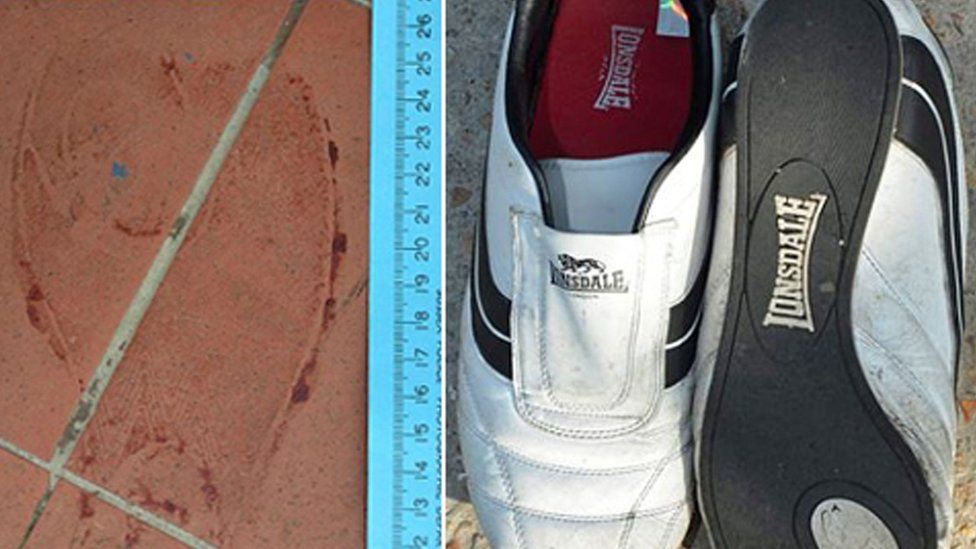 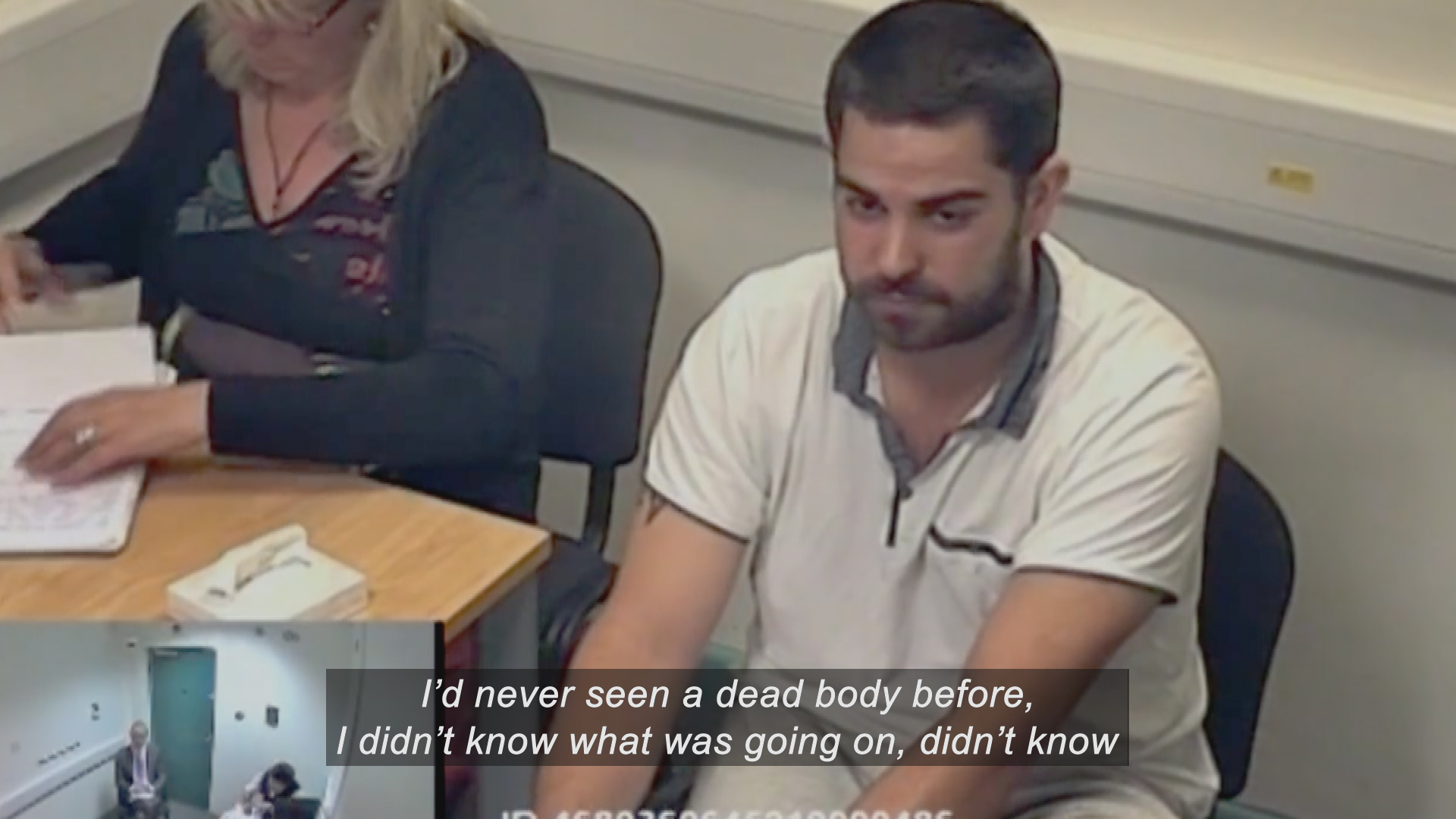 “We firmly believe Shana would be alive today if Sussex police had acted to protect her on the many occasions she complained about Lane, rather than issue her with a fine for wasting police time.”

Kerry says Lane’s escalating behaviour were red flags that should have been heeded.

“The pattern absolutely fell within what we know of domestic homicide and stalking that ends in serious violence,” she says.

“But the police looked at each complaint as an isolated incident and failed to join the dots.

“This happens over and over again with domestic homicide cases, or with stalking cases that end in murder.”

At a subsequent enquiry PC John Milne was found guilty of gross misconduct and PC Godfrey of misconduct. Sussex Police have apologised to the family. 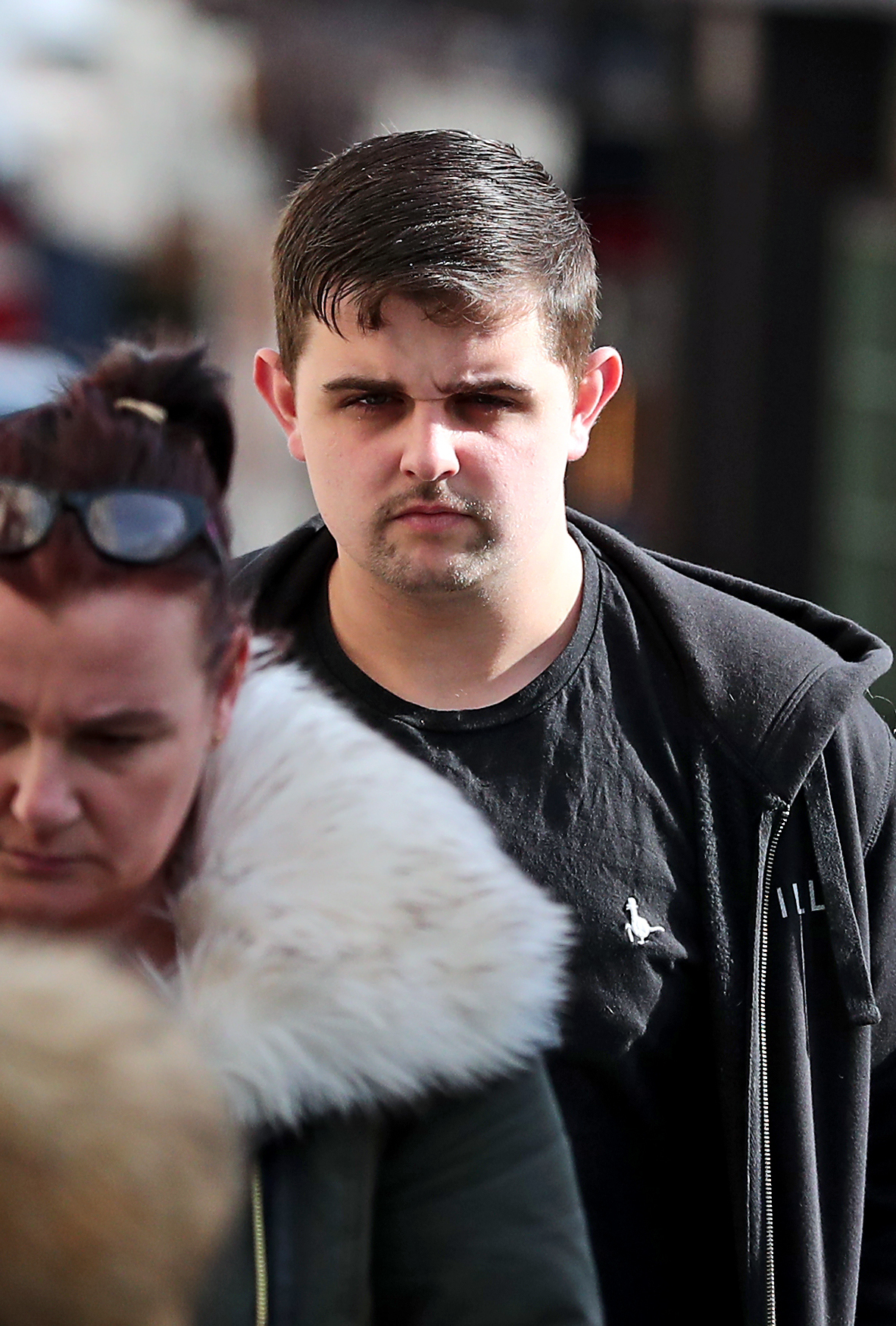 But Kerry says the way female victims are treated needs a ‘seismic’ change involving the whole of society.

“There’s a level of institutionalised sexism in the police but victim blaming is embedded in our society,” she says.

“In the wake of the tragic Sarah Everard murder, women are now standing up and saying, 'enough is enough’.

“We all have to change our attitudes. We need to start addressing why we're so keen to blame women for what happens to them.”

Murder in Slow Motion: The Shana Grice Case is now on Sky Crime catch up