MOSCOW (Reuters) – As many as 40 people could still be trapped in the rubble of a Russian apartment block that partially collapsed in a gas explosion on Monday, killing at least seven people, news agencies reported. 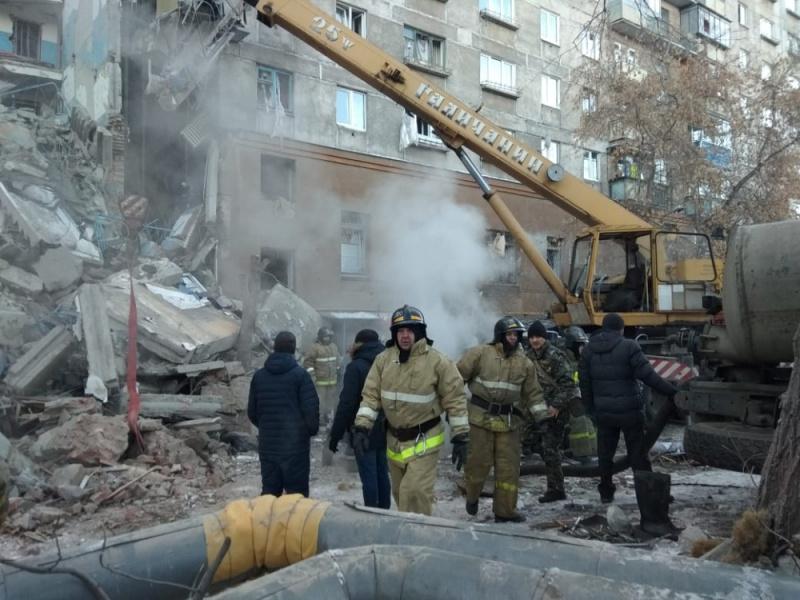 The blast, thought to have been caused by a gas leak, damaged 48 apartments in a nine-storey building in Magnitogorsk, an industrial city in the Urals some 1,700 km (1,050 miles) east of Moscow, the emergencies ministry said.

Putin looked on as rescue workers toiled in temperatures of -22 Celsius (-8 Fahrenheit) to locate people trapped under the debris.

Emergencies Minister Yevgeny Zinichev said at a meeting with Putin there were “presumably between 36 and 40 people under the rubble” as of Monday evening, agencies reported.

After reporting four casualties earlier in the day, Zinichev said that another three bodies had been discovered.

“We have found another three bodies but we cannot take them out (from under the rubble),” agencies quoted Zinichev as saying.

“We are working carefully because there is a risk that the building will collapse.”

Health Minister Veronika Skvortsova told state television that the chances of finding survivors were fading as the day wore on.

The blast tore through the building at around 6 a.m. (0100 GMT) when many residents were asleep, RIA news agency reported. Monday was a public holiday in Russia.

There have been several similar incidents in Russia in recent years due to aging infrastructure and poor safety regulations regarding gas usage.

In 2015, at least five people were killed when a gas explosion damaged an apartment building in the southern city of Volgograd.