Serena Williams faced a monster first-round draw for her final appearance at the Western & Southern Open on Tuesday, a match with reigning US Open champion Emma Raducanu.

It turned out to be the last in Cincinnati for the retiring 23-time Grand Slam champion. Williams battled back to challenge for the first set after Raducanu broke her early to take a 2-0 lead. But Raducanu clinched the set with an ace for a 6-4 win.

From there, it was all Raducanu, who swept Williams in the second set to secure a 6-4, 6-0 victory to advance to the second round. Up next, she’ll take on Victoria Azarenka.

Up next: Serena’s US Open swan song

For Williams, Tuesday’s match projects to be her penultimate appearance at a professional tennis tournament. She announced her pending retirement from tennis on Aug. 9 without explicitly stating her retirement date. But with her vow to “relish these next few weeks,” the message was clear. The upcoming US Open will be her final event as a pro. 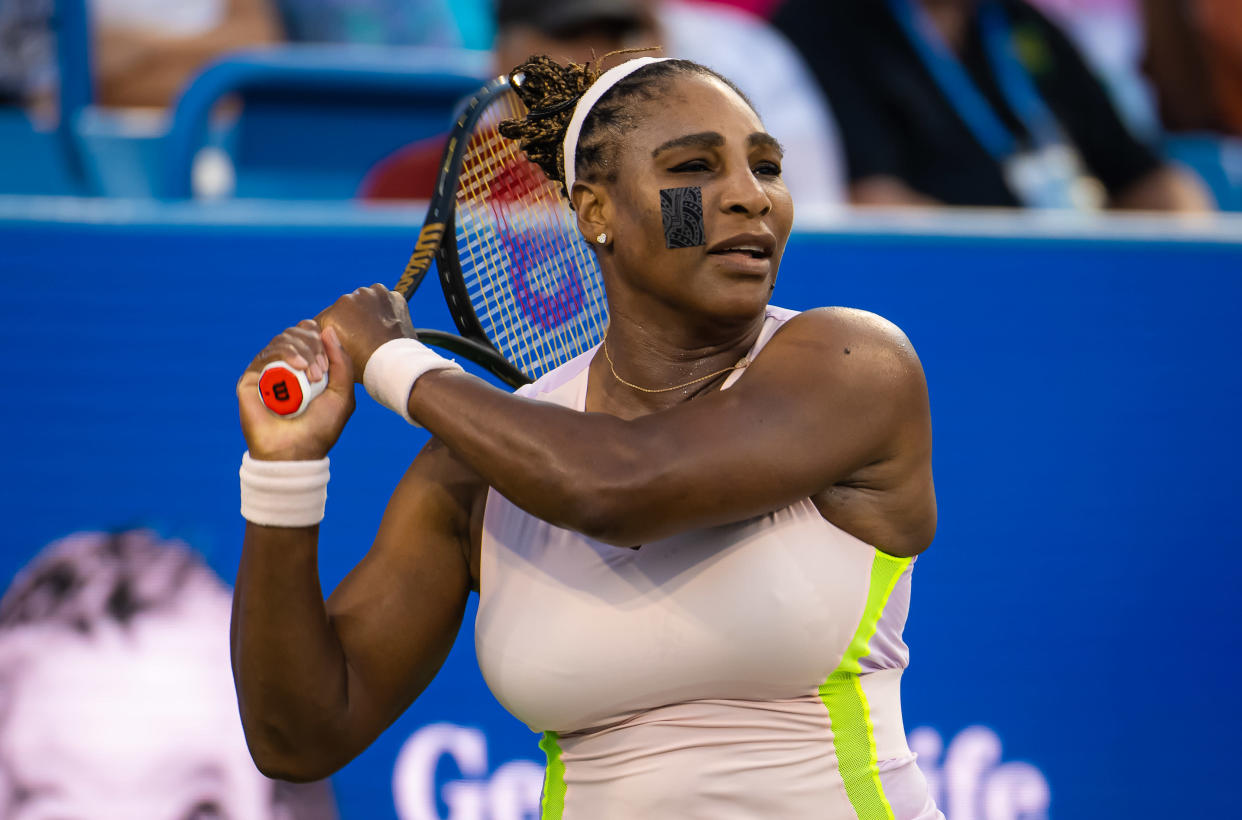 There was no tearful on-court goodbye Tuesday like what took place at Toronto last week. A day after announcing her retirement, Williams fell in the second round of the National Bank Open to Belinda Bencic. After the match, she gave an on-court interview thanking fans “from the bottom of my heart” while telling the crowd “I’m terrible at goodbyes.”

On Tuesday, she left the stage to Raducanu while sharing a wave and a smile with an adoring crowd that sent her off with a standing ovation.

What a send off 👏👏👏@serenawilliams | #CincyTennispic.twitter.com/jxHYIk5J06

With the stage to herself, Raducanu shifted the spotlight back to Williams in her post-match interview.

“I’m so grateful for the experience to play her and for our careers to crossover.”@EmmaRaducanu | #CincyTennispic.twitter.com/WfVsKueQ3Q

“I think we all need to just honor Serena and her amazing career,” Raducanu said. “I’m so grateful for the experience to have been able to play her and for our careers to have crossed over. Everything that she’s achieved is so inspirational. It was a true honor to share the court with her.”

The US Open is scheduled to start Aug. 29. Williams’ next opponent won’t be known until the draw’s announced on Aug. 25. Then, all eyes from the tennis world will be on the all-time great as her next match at the major she’s won six times could be her last.