A policeman facing court on criminal charges says a senior female police officer was unfairly targeted in a sexual misconduct investigation and, from the witness box, accused one of the force’s integrity units of leaking.

Commander Stuart Bateson, who rose to prominence as a key investigator of Melbourne’s gangland war, was himself charged with disclosing details about an anti-corruption commission investigation in 2018 and is before the Melbourne Magistrates Court this week. 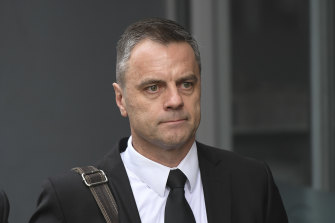 Commander Bateson, suspended from the force while he fights the charges, was examined by the Independent Broad-based Anti-Corruption Commission over allegations senior police were trying to influence a Salus taskforce investigation, the court has heard.

Salus was set up to look into allegations of sexual misconduct and predatory behaviour by Victoria Police officers. Salus was at the time investigating a senior policewoman over an accusation she had an affair with her male staff officer, who was married.

Commander Bateson, 52, said while it wasn’t good practice she was sleeping with one of her own staff, he was unhappy the Salus investigation had broadened to “virtually any male” she had spoken with.

“It was prolonged, it was targeted, it was invasive, it was just wrong,” he said. 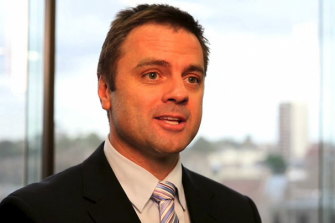 Commander Stuart Bateson, pictured in 2010 when he was head of the African-Australian community taskforce.Credit:Carolyn Rance

The investigation ended with command admonishing her for something else, Commander Bateson said, despite protestation from Salus investigators for stronger action.

“I strongly believe and still do, that police people are entitled to a private life,” he said.

Commander Bateson said he “spoke frankly” about his opinion with the head of Salus, Graham Kent, because he had known him when they were detectives in the homicide squad.

Magistrate Simon Zebrowski commented that could look like interference, and remarked that “one of the great problems” with police was “police investigating police”.

IBAC stepped in to investigate allegations of police interference and Commander Bateson was called to give evidence and served with a confidentiality notice that makes it illegal for him to disclose not only the subject of the corruption watchdog’s examination, but even the fact he had been called.

The basis of the prosecution case before the court this week is that on three occasions in 2018, Commander Bateson gave details of the IBAC investigation to a junior female police officer.

Commander Bateson said the conversations occurred but he didn’t tell her about the IBAC matter, and denied an accusation that he coached her on what to say to the commission if she were called. 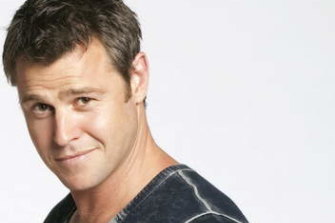 Actor Rodger Corser played a character based on Stuart Bateson in Underbelly, a popular TV series about the Melbourne gangland war.

“It didn’t happen,” he told the court.

The junior officer had earlier told the court she felt pressure to maintain a friendship with Commander Bateson, who was five ranks her senior.

He claimed the junior officer concocted the allegations and he never thought “it was possible that she did what she did, I really didn’t”.

The court heard rumours were rife in Victoria Police about the IBAC examination following media stories, including in The Age.

Commander Bateson said he believed the details were leaked from the Salus taskforce.

The junior officer, the main witness in the case against Commander Bateson, had spoken to the Salus taskforce before IBAC began investigating. One of the IBAC investigators, David Sordello, told the court on Wednesday that Salus considered her co-operative and honest.

The case continues on Friday.