Here’s one to shoot for! Spectacular seaside home that used to be a Second World War gun post before undergoing makeover goes on sale for £1.25million

A spectacular seaside property that used to be a Second World War gun post building has been transformed into a three-storey home and gone on the market for £1.25million.

The three-bed home was built in 1941 as part of Britain’s sea defences but it was never required and the guns were removed after the war.

It was converted into a unique beachfront house in 1985 but has recently been transformed into a breathtaking building by a property developer.

Located in Bognor Regis, west Sussex, the jaw-dropping structure has appeared on the market with local estate agents Henry Adams. 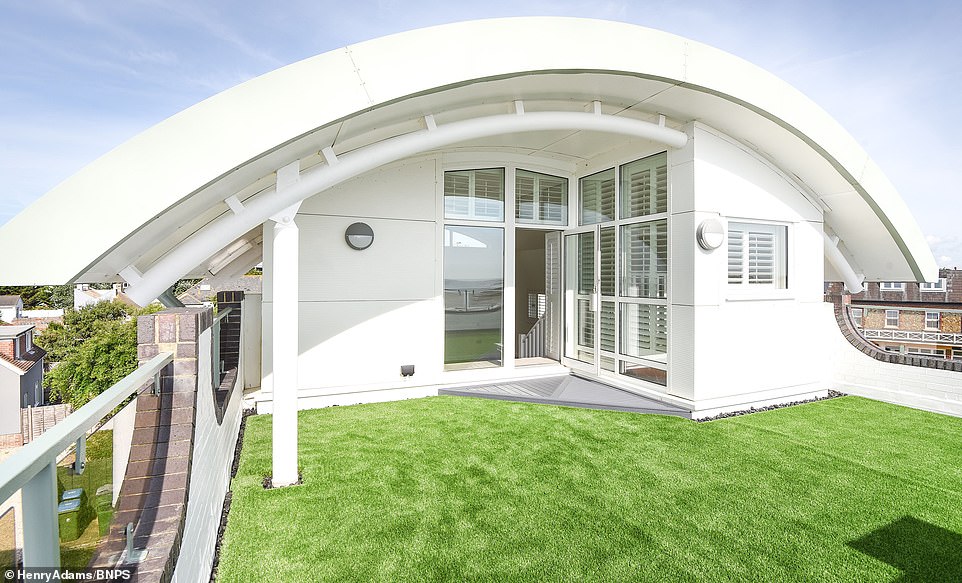 A spacious balcony on the top floor is covered in artificial grass and looks out over sea views of Bognor Regis, west Sussex 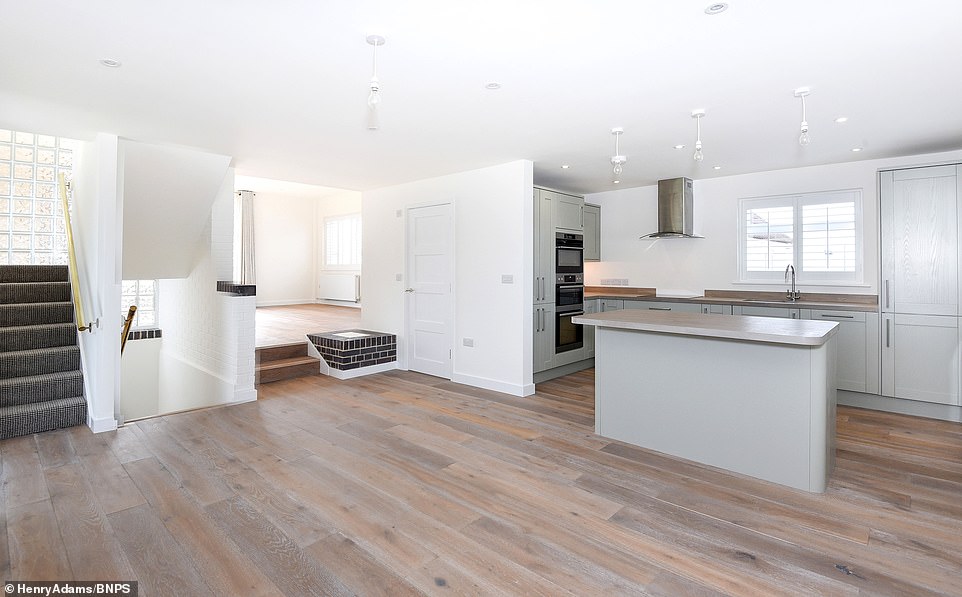 The open plan kitchen is on the middle floor of the 2,500 square foot property and leads up to a living room area and balcony

A spokesman for the firm says they have already experienced interest in the property with more expected to follow.

On the first floor of the house is an impressive triple aspect kitchen diner along with a cloakroom and steps leading up to a spacious sitting room.

The room enjoys stunning sea views and also benefits from a log burning stove and bi-fold doors opening onto a large terrace.

On the top floor is the master suite, which includes a walk-in dressing room with sea views, an en-suite, an upper viewing gallery and access to a large balcony with uninterrupted panoramic views.

There are two further double bedrooms on the the ground floor, as well as a shower room, a utility room and a large mezzanine reception room. 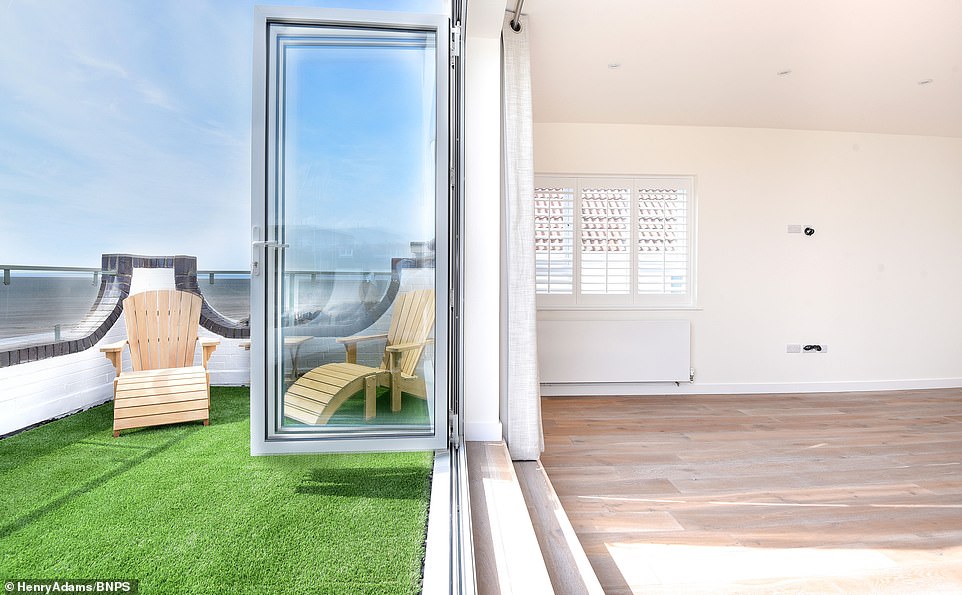 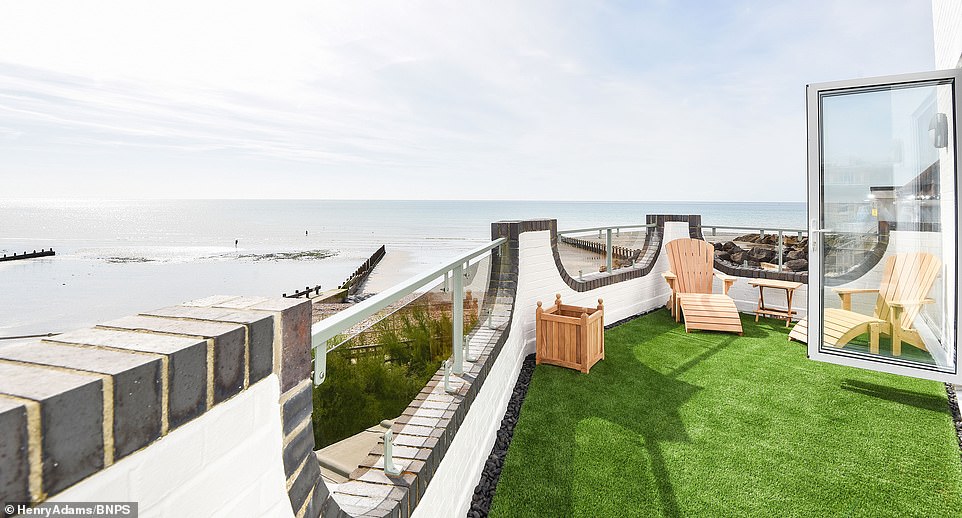 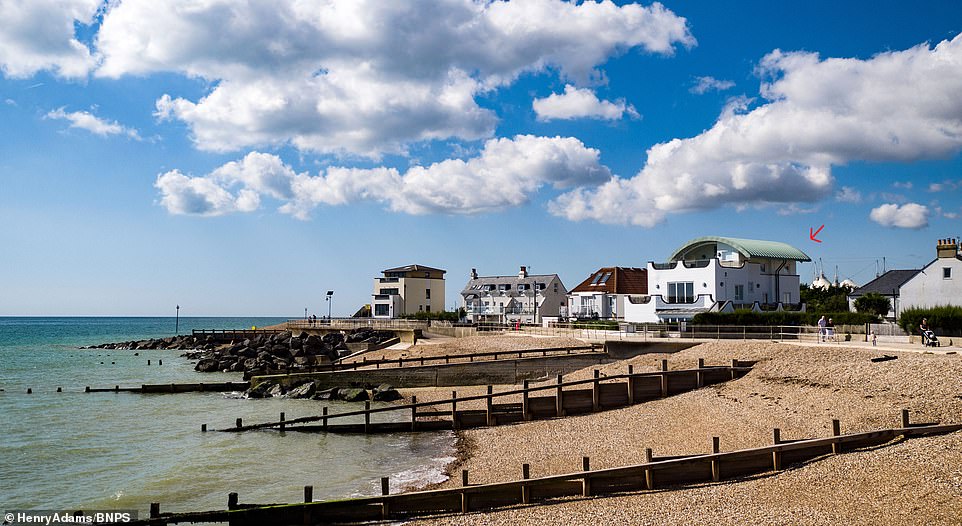 Outside, the property is accessed via remote controlled electronic gates, which open into a landscaped courtyard, driveway and garage.

The building measures around 2,500 square feet and also has a small ‘low maintenance’ garden.

Richard Longhurst, of Henry Adams, says the house is in ‘mint condition’ and offers a unique opportunity to potential buyers.

Mr Longhurst said: ‘The building itself was actually built in 1941 as part of the sea defence but it never actually saw action and the guns were eventually removed.

‘In 1985 it was converted into a three-bed house but I think it’s fair to say it’s now been completely modernised and done up to a very high standard.

‘We’ve had quite a few interested parties and would expect more after Christmas and the new year.

‘It’s possibly not the best time of year to be selling a seaside property like this one but when it starts warming up we wouldn’t anticipate it being on the market for long.’

The seaside property is located around ten miles from the iconic Goodwood Racecourse with the cathedral city of Chichester also near by. 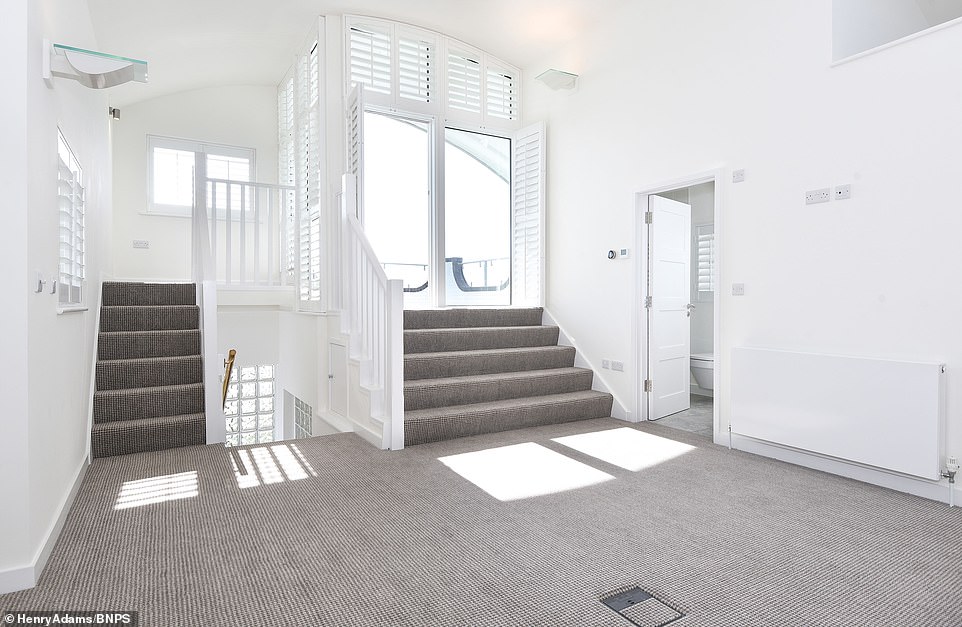 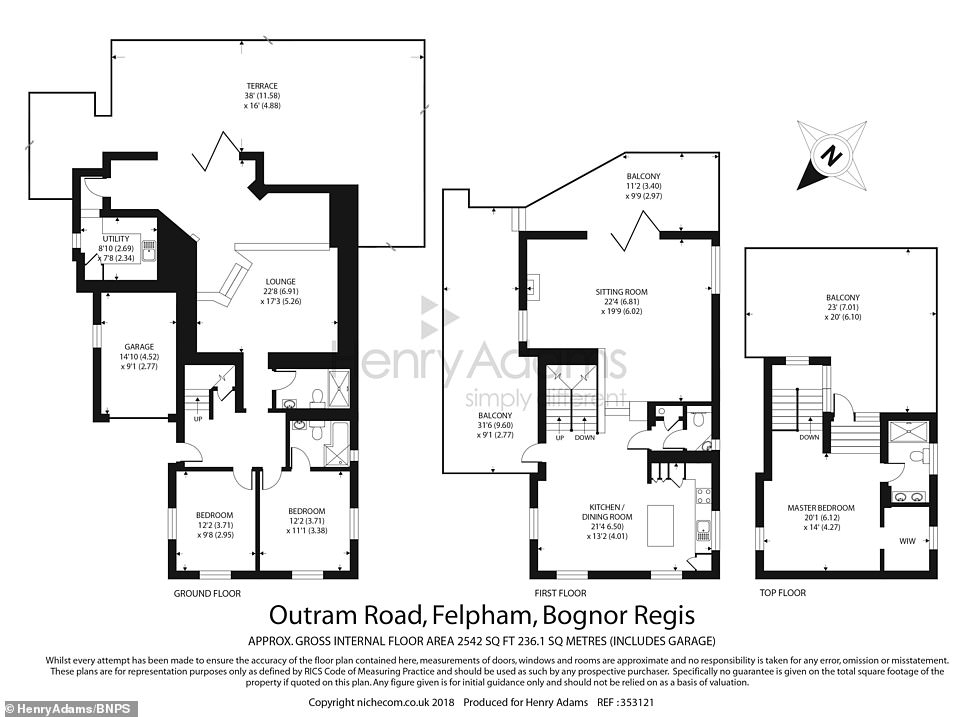