Nikki Smith, 35, revealed on her fundraising page that she finally went on the holiday with her two daughters in November and posted a series of pictures showing the trio at the Orlando, Florida, theme park. 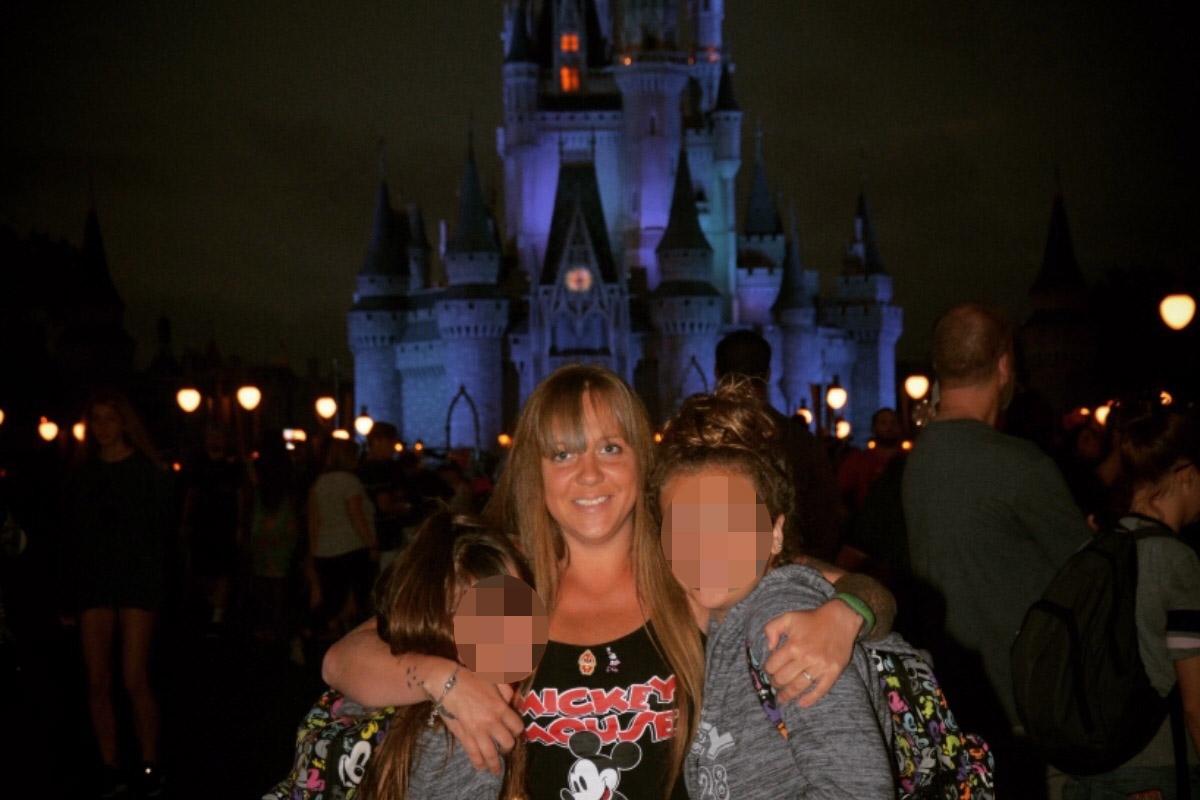 Writing on the page, NHS worker Nikki said the family had returned from the lavish trip just days ago, before going on to thank everyone who donated towards the final total of £7,328.

She wrote: "To all of the wonderful kind people who donated to my campaign, I wanted you to know we made it to Disney World!

"We have been back a few days and the memories we have made will fill us with smiles and happiness for all time.

"What an adventure, you have blessed my daughters lives with your kindness and every single one of you who helped make my girls dreams come true, I owe you everything. 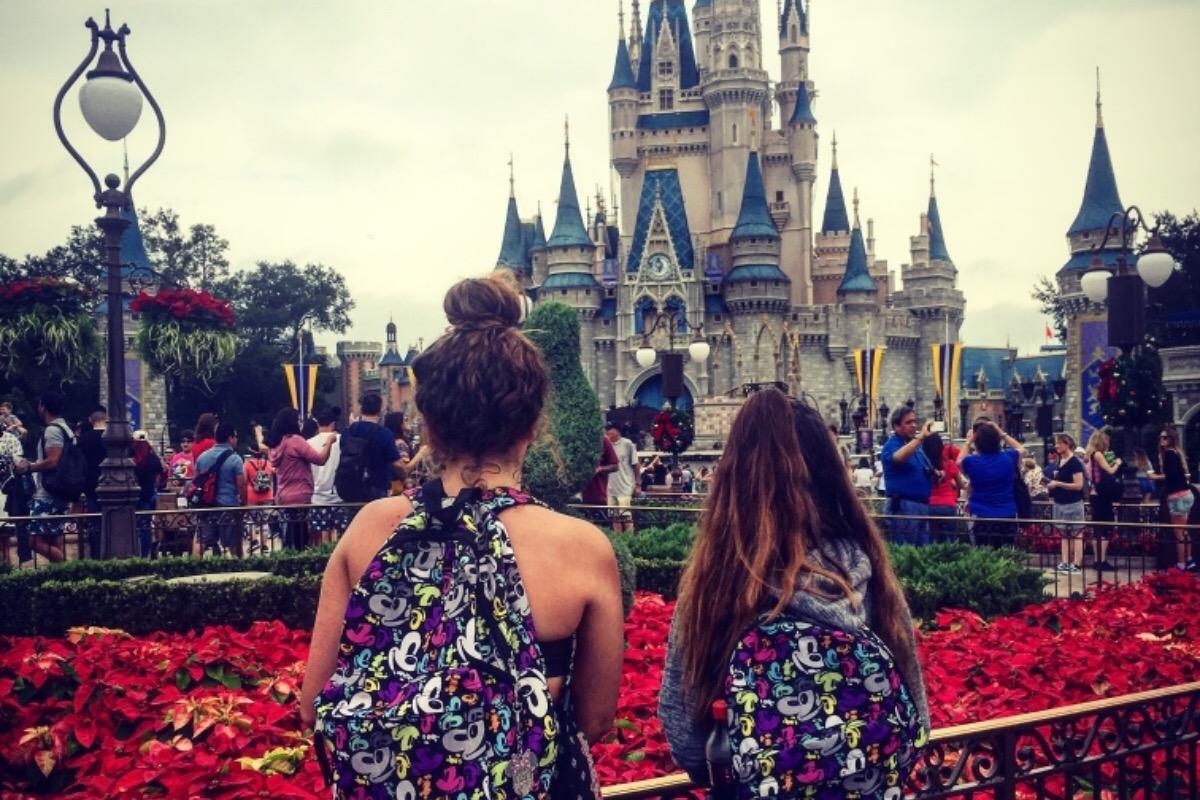 "Thank-you from the bottom of my heart. You have made our happily ever after."

Pictures from the trip show her daughters staring in wonder at the Orlando resort's Cinderella Castle.

Another shot shows Nikki showing off a new Mickey Mouse T-shirt as she poses for a photo with her daughters.

Nikki – who works two nights a week in a local hospital – sparked controversy last year when she first launched the online appeal.

Desperate to treat her girls, Nikki set up the page but soon found it had gone viral, with thousands of comments flooding in. 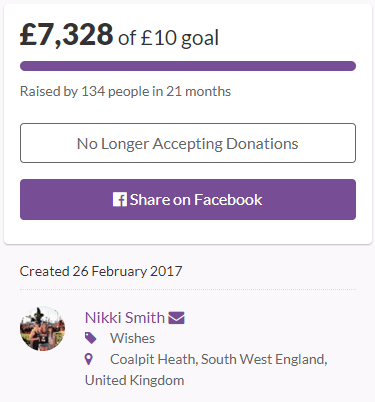 She sparked outrage after setting up the page last year

The page – which initially raised just £10 – was shut down in March 2017 following the barrage of abuse.

One GoFundMe user wrote at the time: “Taking the absolute p***. There are plenty of families who struggle with money that save for holidays regardless of how long it takes. Absolute chancer.”

Another added: "Why should the rest of us scrimp and save for her to scrounge?!” 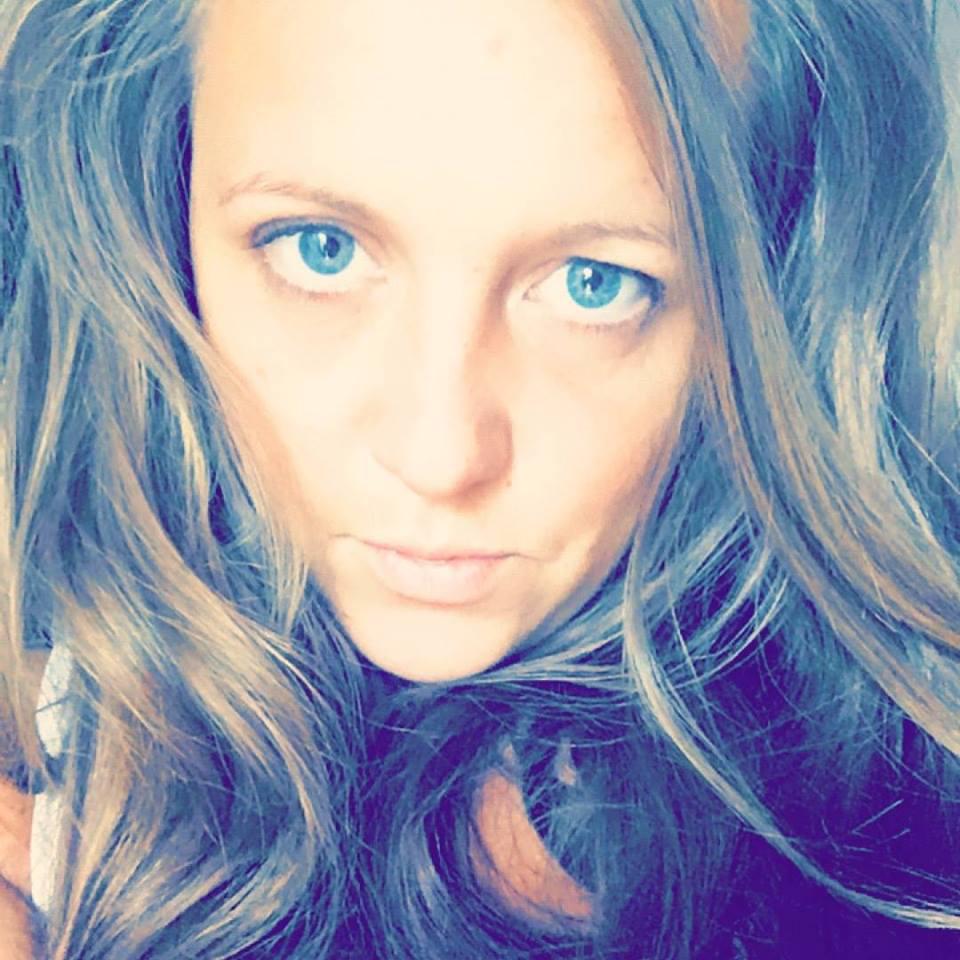 But Nikki decided to re-open her online appeal and soon raked in over £5,000 within a month of relaunching it – with one anonymous donor leaving a staggering £2,198.

The initial post read: “I have been blessed with the most amazing, kind, loving and caring daughter, they are my best friends and my life.

“I want to show them how much I appreciate and love them.

“They watch a lot of YouTube videos where children are surprised by their parents with a holiday to Disney World and they even get tears in their eyes watching it.

“We lost two very special people in our lives these past couple of years and this really would give them so much to look forward to.” 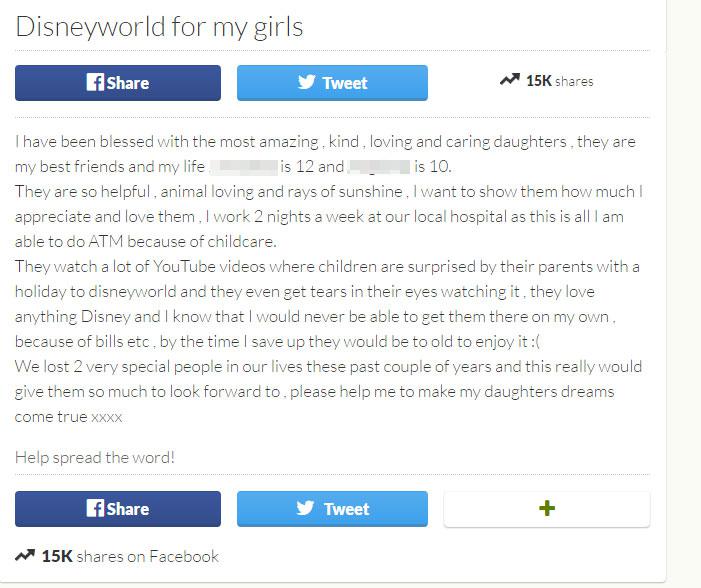 When asked at the time about the reaction, Nikki said: "There were people calling me a beggar and a scrounger, but I didn't put it on there for that reason.

"I work at a hospital on a zero hours contract and I'm struggling to get two nights a week. I have been trying to get more but it is so hard."

The Sun Online was unable to reach her today.

Ben Buckley, 32, from west Hull, said he needed help paying for Christmas after having to reduce his hours at work when his wife got ill during a “complicated” pregnancy. 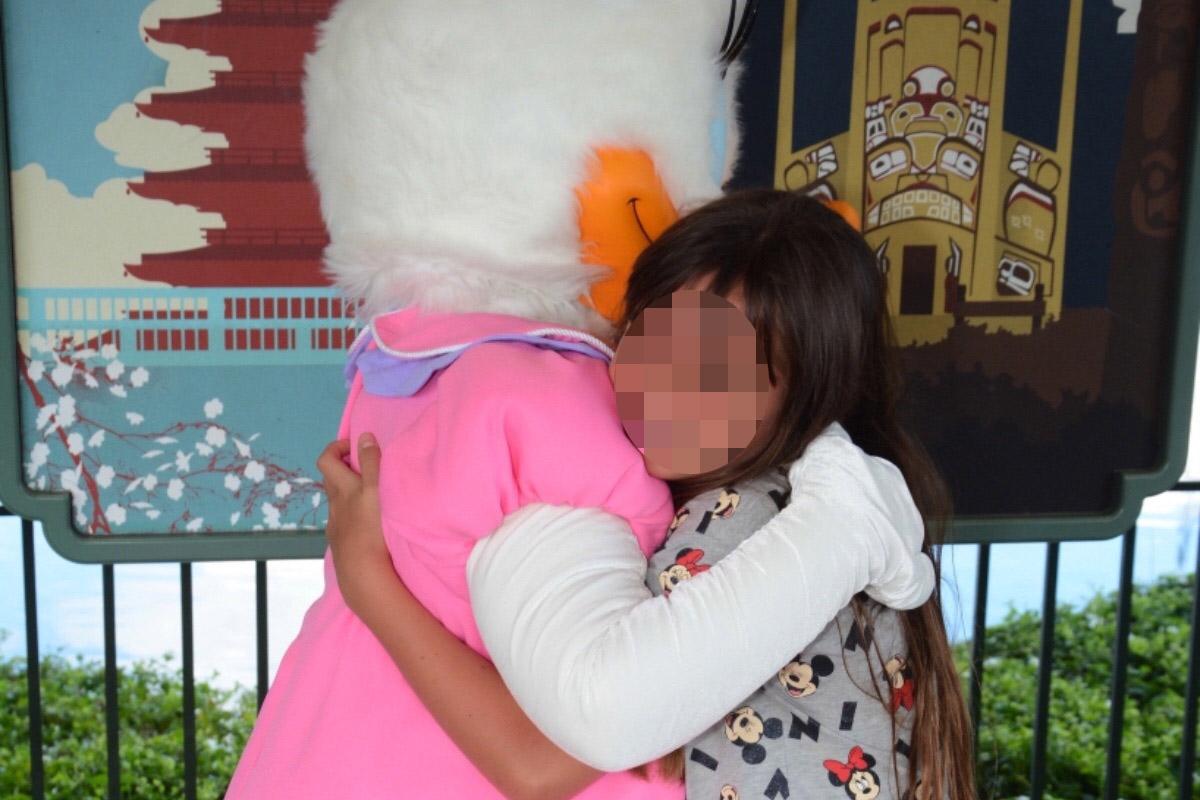 As donations soared to more than the £2,000 he was asking for, doting Ben expressed his shock in an update on the fundraising page.

He wrote: "I would like to say a huge thank you to everyone, all your kind messages and donations have been overwhelmingly kind.

"I honestly can't thank you all enough myself and my family appreciate all your generosity enormously and it will never be forgotten.

"To everybody who posted negative comments we are sorry if we caused any offence or upset anyone, this was never our intention."