Scottish Power left two pensioners without electricity over winter after accusing them of stealing energy.

The nightmare started for retired events manager Tricia Culliford and her former bank director husband Simon, 69, after they agreed to the energy company’s request to replace their old credit meter with a new smart model.

The call began a hellish sequence of events which saw them being left without light or heat after having their power cut despite being £500 in credit, while they were also lumbered with a clunky pre-payment meter they never asked for.

Mrs Culliford, who is registered with Scottish Power as a vulnerable customer, was forced to pay £750 for private electricians to reconnect the power. The company has also refused to remove the new pre-payment meter despite repeated requests. 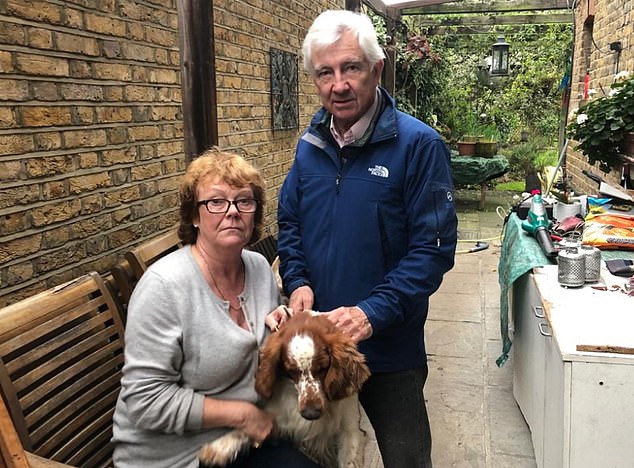 The nightmare started for retired events manager Tricia Culliford and her former bank director husband Simon, 69, (pictured with their dog, Louis, after they agreed to the energy company’s request to replace their old credit meter with a new smart model

After the initial call offering a smart meter, the couple, from Putney in south-west London, were visited by an employee of Lowri Beck, a utility services company working on behalf of Scottish Power.

He told them their decades-old wiring would have to be ripped out by an electrician for the new meter to be installed.

Around a month later, Mrs Culliford opened the door expecting to find an electrician, but instead she was confronted by a second contractor who claimed they were ‘illegally’ using electricity without paying.

‘He looked like a bailiff and behaved like a bully,’ the 65-year-old, a former chairman of the Roehampton Club, an exclusive private sports club in south-west London, told MailOnline.

‘He said he was turning my electricity off and threatened to get a warrant from the police. I said he couldn’t do that – we were two pensioners and a dog and it was winter.

‘He was very menacing and it was upsetting to be accused of thieving. Particularly as we were £500 in credit and I have never once missed one of the monthly direct debit payments.’

The Cullifords had two electricity meters including a 12-year-old check meter, which are used to monitor power use in particular parts of a building and are often found in houses that had previously been converted into flats.

The check meter covered the first floor of the house and was installed in 2008 when it was rented out to a tenant.

But the inspector, who worked for Haste Ltd, a sub-contractor of Scottish Power’s Revenue Protection Service Team, called the device ‘rogue’ and ‘illegal’ and suggested it was being used to ensure electricity used upstairs was not paid for.

This was angrily denied by the electrician who installed it.

And Mrs Culliford said: ‘If I was intentionally nicking electricity would I honestly let a supplier near the meter? Of course not because he might spot something was amiss.

‘These meters are common in short tenancies in converted houses. The bully from Haste said he’d done the job for four years. He probably hadn’t come across one before

‘Plus, our electricity bills are huge and certainly not appropriate for a ground-floor flat alone. They also now have our check meter which is important evidence, so we want it back.’ 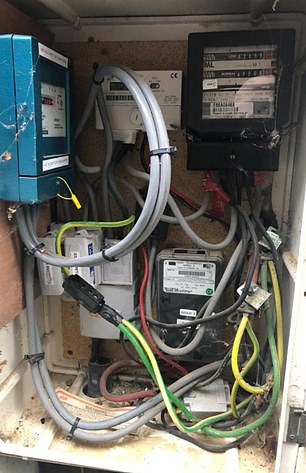 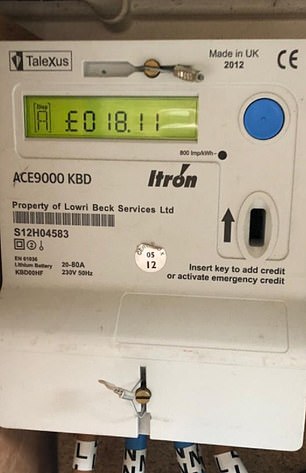 The pre-existing meter box, including the check meter (in blue) before it was removed (left). And the new coin meter (right)

Mrs Culliford – who was also Ladies Golf Captain at Sunningdale Golf Club in Berkshire, phoned Scottish Power while the Haste contractor was still at the house.

She said they promised to fit a new meter that afternoon.

After hearing this reassurance, she allowed the contractor to cut off the power.

At 3.30pm that day, December 18, a second contractor arrived, this time working for utility services company Lowri Beck – the same company that carried out the initial assessment five days earlier.

‘He said he can fit a meter but couldn’t put the electricity on, despite what Scottish Power had said,’ Mrs Culliford said.

‘I said I would have never allowed the electricity to be cut off if I had known that was the case.

‘So instead I had to phone an emergency electrician who was able to turn the power back on downstairs, which cost me £350. 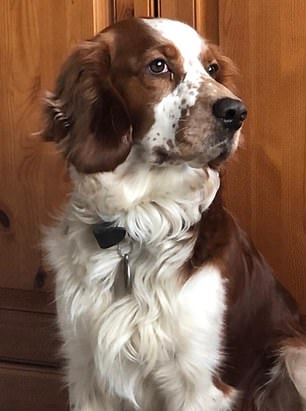 ‘But because the man from the morning had cut the wires we still couldn’t get any light to half of the house. So there was no power or heat to our bedrooms on the first floor.’

A day later, on Saturday, Mrs Culliford paid for another private electrician to come round and reconnect the electricity to the upper floors.

He inspected the Lowri Beck meter, and to her astonishment revealed that rather than a smart meter it was actually an old-fashioned pre-payment meter.

This requires users to top up a key fob at local shops which is then inserted into a hole to provide electricity, and is often intended for people without credit facilities.

‘They had left just £25 on the key despite being £500 in credit,’ Mrs Culliford said. ‘This morning [Tuesday] I said I was scared about running out of electricity, can you transfer some of my £500 onto that.

‘I did manage to get £49 of the £500 transferred after visiting a local newsagent, but Scottish Power has still got all the rest of that money.’

The electrician said he was unable to reconnect the electricity on the first floor because Haste had cut the wires and said he would return with more equipment on Monday.

Mrs Culliford phoned Scottish Power and was passed through five different agents. She said she was promised that Lowri Beck would return to reconnect the electricity.

But just over an hour later Lowri Beck phoned to say they were not able to do this.

Two days later, Mrs Culliford phoned Scottish Power again, only to be told that her complaint had been closed.

It was eventually reopened and she was promised a new credit meter and the reconnect ion of her power supply but this never materialised.

Eventually she and Simon, a trustee of the Royal Hospital For Neuro-disability in Wandsworth and Bedford School, an independent school founded in 1552, were forced to pay for another private electrician to turn the electricity back on.

The electricity to the first floor was restored on December 21, meaning they had been left without light or heating in their bedroom for three days. 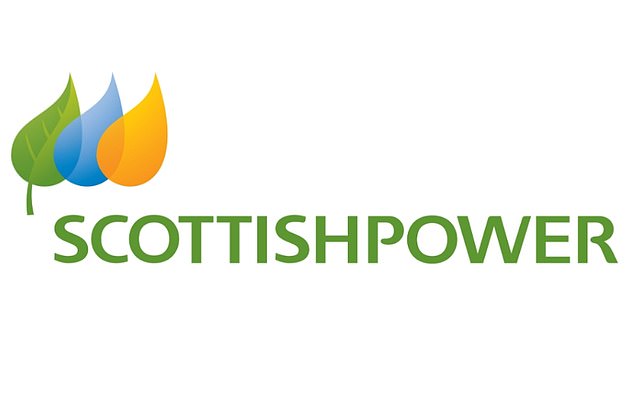 Mrs Culliford slammed Scottish Power’s customer service, and said they had repeatedly promised to help and then not done so.

‘I’ve spent hours and hours on the phone getting absolutely nowhere, and we’ve had to pay £750 to rectify her actions,’ she said.

‘I’ve lost all my Christmas freezer food, and I’ve lost my voice from the stress of it. We are two pensioners and I am vulnerable.

‘Scottish Power has repeatedly promised us to do things which they then haven’t done. Their service has been terrible.’

Scottish Power said: ‘One of our smart meter operatives was attending a scheduled installation at Mr and Mrs Culliford’s property when they reported a suspected rogue electricity meter and evidence of illegal interference, including the removal of the meter seal, to our Revenue Protection Service Team.

‘Following the report, a sub-contractor of our Revenue Protection Service Team attended the property to further investigate and confirmed there was a rogue meter at the property and evidence of illegal interference. Immediate action was taken to disconnect the meter and make the property safe.’

The spokesman added: ‘It is a customer’s responsibility to ensure the electrical wiring within their property is fitted by trained professionals.’

Scottish Power is currently being investigated by energy watchdog Ofgem after receiving thousands of complaints from customers.

In the worst cases, some had been made to wait up to a year for refunds of hundreds of pounds.

Others had been hounded by debt collectors they did not owe or had their bills hiked for no reason. When they complained, they were often ignored.

The company is now subject to an open ‘compliance case’, with Ofgem threatening a multi-million pound fine if it does not improve its services.