Scotland Yard is now investigating an allegation of racial abuse after Tory MP Bob Stewart told an activist to ‘go back to Bahrain’ during an angry confrontation.

The Metropolitan Police said officers have opened a case after the complaint from Sayed Ahmed Alwadaei, who says he is living in exile after being tortured in the Gulf state.

But the MP for Beckhenham, in London, apologised and denied his comments were racist, saying his intention was to suggest the activist should be campaigning in Bahrain.

Video footage shows Mr Stewart telling Mr Alwadaei that he is ‘taking money off my country’ as he challenged the MP on his ties to the gulf state. 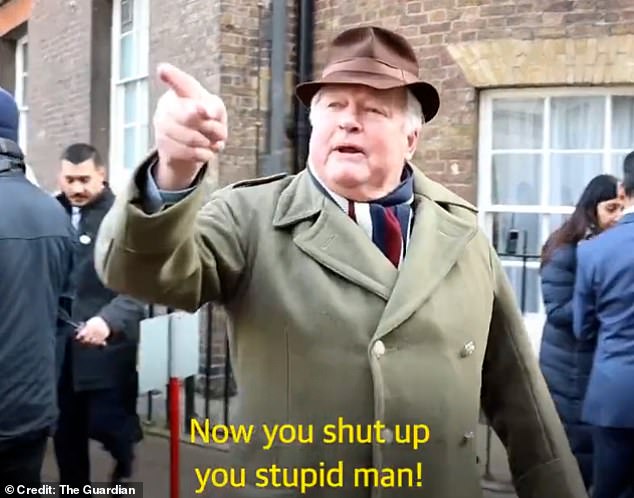 Metropolitan Police are investigating an allegation of verbal racial abuse after MP Bob Stewart said: ‘Shup up you stupid man!’ and ‘Go back to Bahrain’ upon being challenged about his inks to the Gulf state 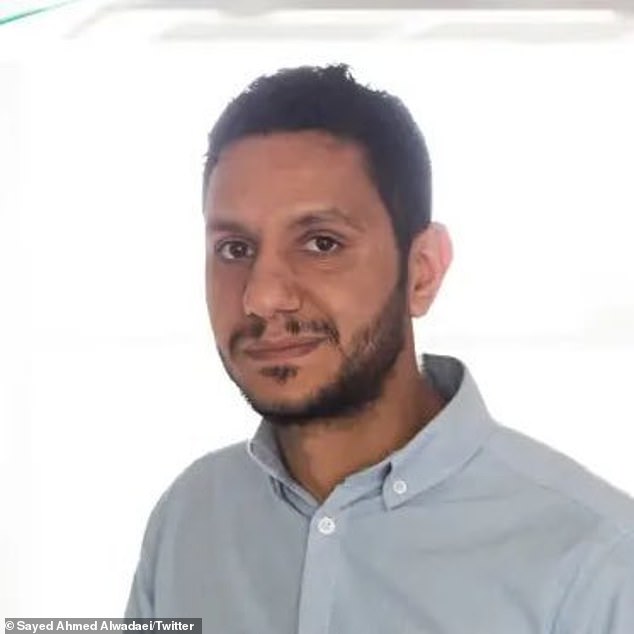 Sayed Ahmed Alwadaei (pictured) the director of the Bahrain Institute for Rights and Democracy, alleges the comments amounted to racial abuse and has also reported the incident to the Tory party

Mr Stewart told him: ‘Get stuffed. Bahrain is a great place, end of.

The Met confirmed they had received a report ‘from a man alleging he had been verbally racially abused’ outside the Foreign Office’s Lancaster House on December 14.

‘Officers from Westminster CID are investigating,’ the statement added.

Mr Alwadaei, the director of the Bahrain Institute for Rights and Democracy, argued that Mr Stewart would not have told him to ‘go back’ to the country that violently tortured me if it weren’t for the colour of my skin’.

But Mr Stewart, 73, the chairman of the all-parliamentary group on Bahrain, said he did not intend the comments to be perceived as racist.

He told the PA news agency: ‘My mistake was to actually be goaded into reaction, and I apologise for that. I also apologise if anybody thinks I was being racist – I was not.

‘I meant go back to Bahrain, which is a perfectly safe place, and protest there.’ 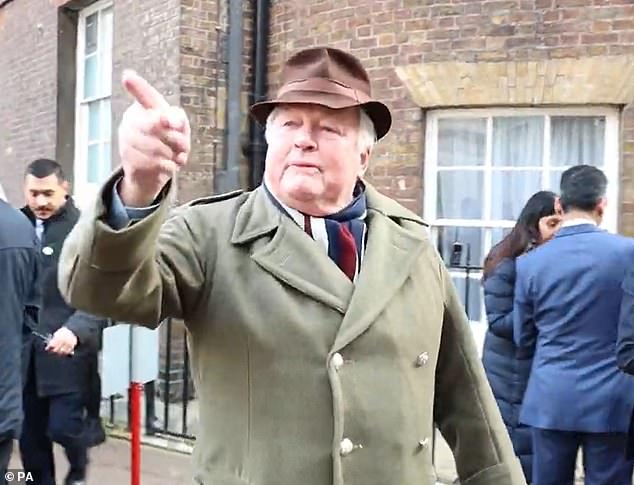 MP Bob Stewart said: ‘Get stuffed. Bahrain is a great place, end of. Go away, I hate you. You make a lot of fuss, go back to Bahrain’

Mr Alwadaei, 36, who says he was tortured after taking part in anti-government protests in Bahrain, was not satisfied by the apology.

‘I found Mr Stewart’s comments to the press deeply offensive. Instead of approaching me directly to give a genuine apology, he is now attempting to blame me for his own inexcusable behaviour and is fabricating justifications which I find extremely difficult to believe,’ he said.

‘Being on the receiving end of his abusive comments ‘I hate you’ and ‘go back to Bahrain’ is hard to describe.’

Giving Mr Alwadaei an award for his campaigning in 2020, the Index on Censorship described him as having undertaken ‘vital’ work since fleeing Bahrain nine years earlier.

Mr Stewart, a former British Army officer who was stationed in Bahrain in 1969 and has represented Beckenham since 2010, is a frequent defender of the Gulf state.

Last month, Bahrainis took part in elections for the lower house of parliament that advises King Hamad but no opposition candidates were permitted to stand.

Amnesty International warned the polls would take part in an ‘environment of political repression’.

Parliamentary records show Mr Stewart registered flights, accommodation and meals worth £5,349 during a four-day trip to Bahrain in November last year paid for by its ministry of foreign affairs.

A separate entry covered by the Bahraini government shows another trip to visit an air show and meet its foreign minister being worth £1,245.56.

A Conservative Party spokesman said: ‘We have an established code of conduct and formal processes where complaints can be made in confidence. This process is rightly confidential.’

Mr Stewart declined to comment after the police investigation came to light.