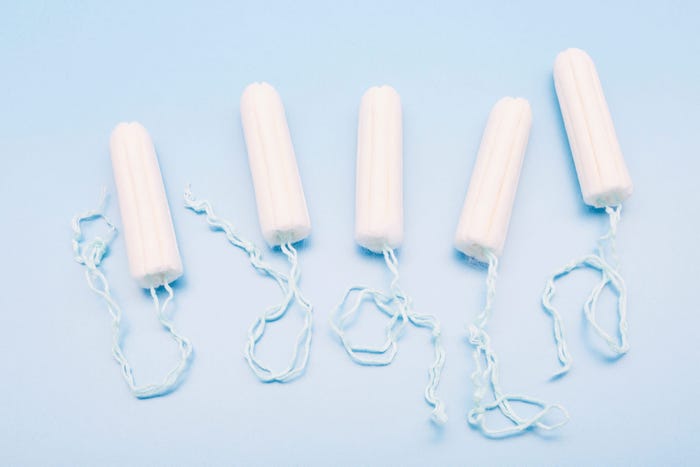 Scotland will make tampons and menstrual pads available for free at all public buildings, including schools and universities.

The Scottish Parliament voted unanimously in favor of a Period Products bill on Tuesday, becoming the first to pass a law aimed at tackling period poverty, CNN and other outlets reported.

Women tend to be among the most vulnerable groups of those living in poverty and living without access to menstrual supplies can be humiliating and debilitating. It can prevent some young women from attending school or work while they're bleeding.

In recent years non-profit groups, including Freedom4Girls, have been working to make these products more accessible.

"The campaign has been backed by a wide coalition, including trades unions, women's organisations and charities," Monica Lennon, the lawmaker who introduced the bill last year, said, according to CNN.

The passing of the bill follows an early effort in Scotland that made sanitary products available in schools, but this expands it to other public buildings as well.

It also requires that a reasonable variation of products be available.

There are a variety of factors that limit access to sanitation products, including living in an abusive household, stigma and other issues.

The COVID-19 pandemic has made the problems even worse.

In the UK, three in 10 girls between ages 14 and 21 had difficulties trying to obtain the products during the first lockdown, according to the non-profit Plan International UK.

While many teens have been able to get pads and tampons in school, since they were made available there last year, they had nowhere to turn when they were learning virtually, the organization said.

"It matters now more than ever, because periods don't stop in a pandemic," Lennon said in Parliament about access to the products, according to The New York Times.