A SCOTS Hermes customer has been left "disgusted” after claiming he received a package “sprayed front to back in blood”. 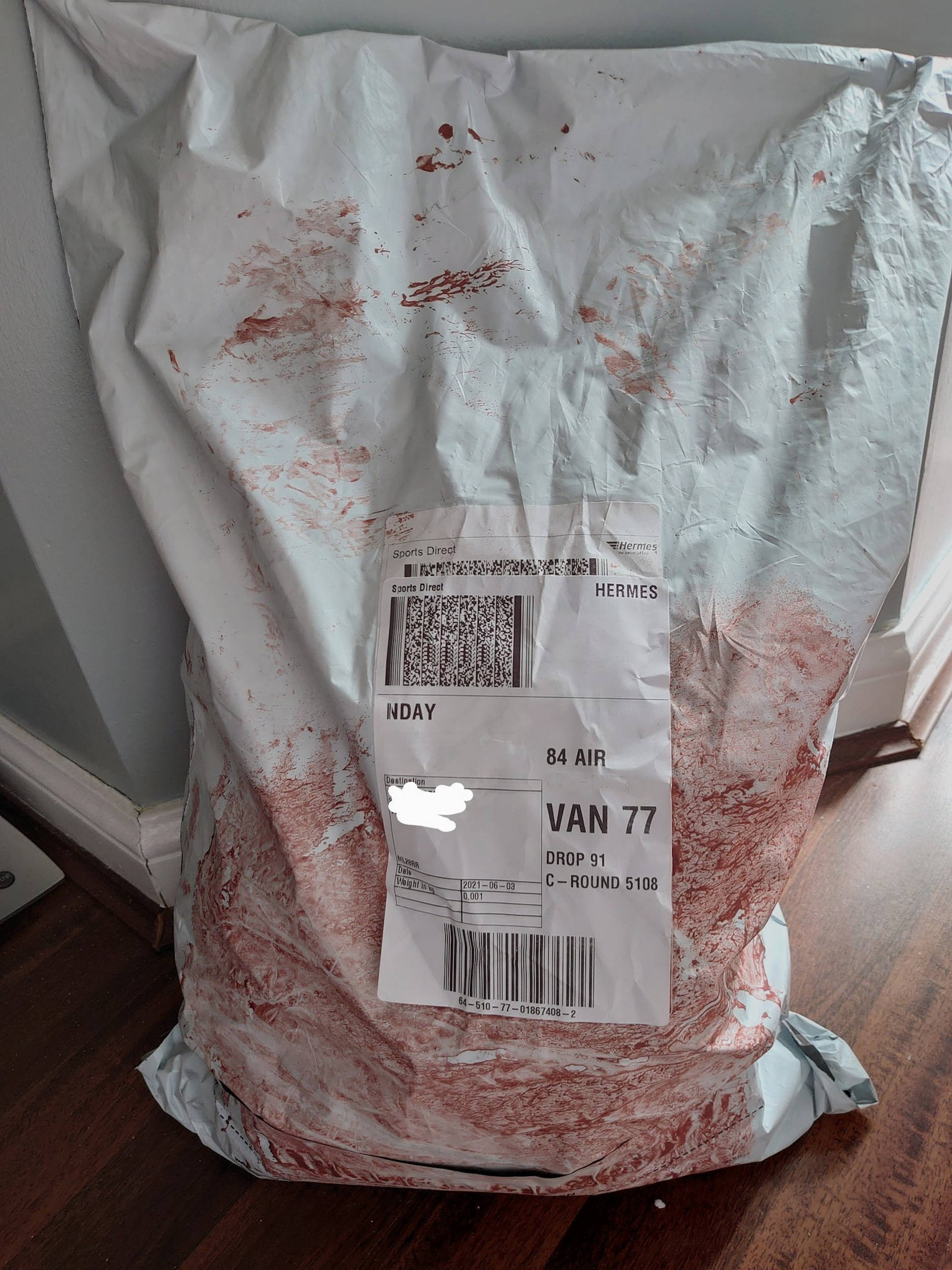 Paul, a 35-year-old business analyst, was certain the ominous substance was blood because of the distinct metallic smell.

But Hermes say the marks come from a decking stain spillage at a warehouse. They say new labels were printed but affected items were not repackaged, which they now admit was a mistake.

An image shows the front of Paul's white Sports Direct parcel complete with dark red smudges across the bottom.

The substance appears to have been recognised by one employee as a second label has been placed on top of the dried stain.

Another image shows the other side of the parcel which has also been splattered and smeared by the unknown liquid. 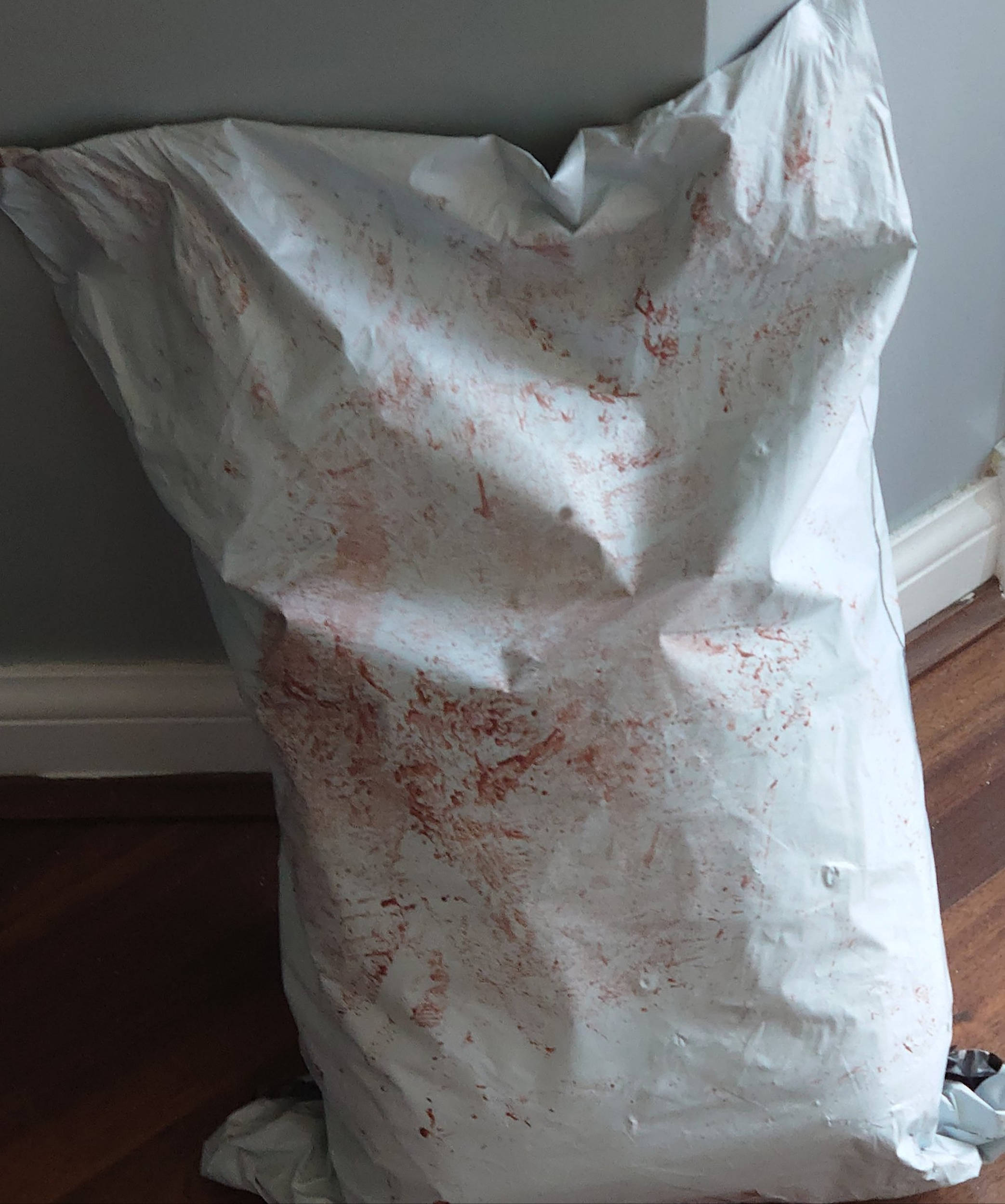 Paul said that Hermes told him that the parcel must be coated in paint, but, unconvinced by the response, he posted the images to Twitter on Saturday.

Paul wrote: “I have to say I've heard some nightmare delivery tales from @Hermesparcels but a package sprayed front to back in blood is a new one on me. Cheers lads!”

The post has now received dozens of likes from Twitter users who were left disgusted by the images.

@cstottLLB wrote: “Jesus, Mary and Joseph! I was typing bloody hell, I think that is an understatement. It looks as if it's been involved in the Texas Chainsaw Massacre…”

@silverwolfalex replied: “Accident in the van? Just mop it up with the nearest parcel. Gross!”

Speaking today, Paul said: “It was covered in blood. Hermes have 'investigated' and say that it isn't blood so it must be paint.

“Short of going to a lab to prove either way, it seems to be a stalemate.

“At first I thought it was just a pattern but as I handed it to my other half she said ‘it's covered in blood’ and so I smelled my hands and could smell a metallic blood smell. I was bloody disgusted.

“Liars, and they know it. I'll keep the cover if I need to prove it.

A spokesperson for Hermes said: "We have been in contact with the customer to apologise for any concerns caused.

"There was a spillage of decking stain at one of our depots and a small number of parcels affected.

"We had to relabel them as the paper labels were damaged but as the plastic packaging was intact and the decking stain had dried on it, a decision was taken not to repackage the items.

"In hindsight that was a mistake and this has been fed back to the relevant teams.”

The Scottish Sun has approached Sports Direct for comment.