Bayside College achieved its best VCE results in at least 10 years last year. A median VCE score of 30 put it in the top half of schools in the state, while 5 per cent of its students’ individual subject study scores were a stellar 40 or higher, placing them in the top 9 per cent of students statewide.

Just don’t expect to hear the school crow about it. 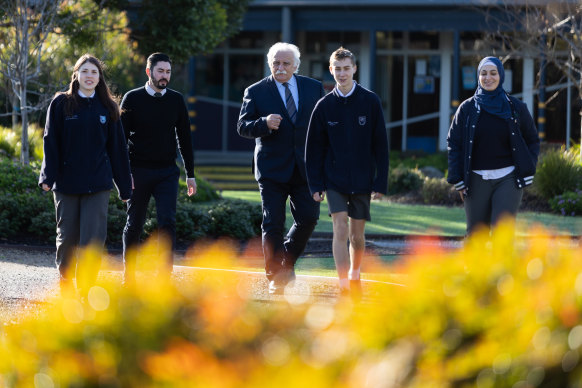 “The 30 we got last year is great for us, but that’s not the data that we hang our hat on,” senior campus principal Milan Matejin said.

“It’s more about making sure we have good pathways for our kids and finding out what we can do to push them to their best.”

Situated in Newport, with a large school zone that covers much of Melbourne’s south-west, Bayside is a diverse school with pockets of disadvantage.

“I still have students as late as last year, where the parents were tickled pink because finally they had someone in their family who’d completed year 12,” Matejin said.

You can view the full list of winning schools, and explore the data for your secondary school using this year’s Schools that Excel dashboard:

Students at the school, which has a separate year 10 to 12 campus, form close relationships with pathways co-ordinators.

Year 12 student Fatima El Haouli said those co-ordinators have been available around the clock, for questions about schoolwork and as a source of emotional support.

“And I think those two years we were in lockdown, that extra support really got us through it,” she said.

Part of that support includes pushing students to stay the course with the VCE subjects they have selected, even when a student wants to change direction. Matejin said some students seek a switch because they are finding the coursework more difficult, but the school “makes it hard” for them to leave for this reason.

“We try to make it difficult so that they go through the process of actually being certain that the change is what they actually need because you can’t go back in time, you can only go forward,” he said.

The school also has a large applied learning program but again, any student who pursues VCAL over VCE must justify their thinking before the direction is approved. 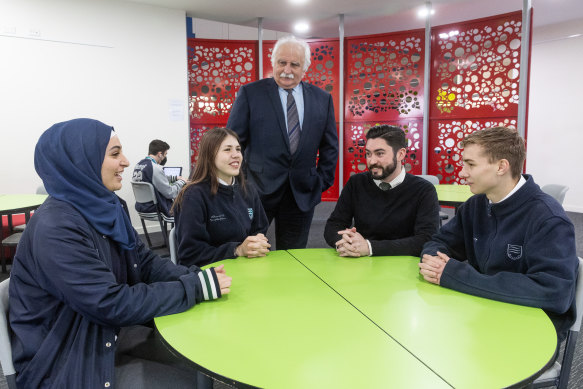 “It’s not a dumping ground, it’s not about ‘you are not good enough for VCE’,” Matejin said. “It’s a genuine alternative path.”

The Age has named Bayside College its 2021 Schools that Excel winner among government schools in Melbourne’s west.