‘Bright and hard-working’ schoolgirl, 16, dies after taking ‘ecstasy’ at nightclub with friends

An inquest has opened into the death of a ‘bright, kind, considerate and beautiful’ 16-year-old schoolgirl who was rushed to hospital after it is believed she took ecstasy while out with friends at an nightclub.

The Exmouth Community College pupil has been made named as Lucy Hill.

A short hearing held at Exeter’s Coroner’s Court at County Hall on Tuesday confirmed that she was born in Devon and lived in Exmouth.

She died at the Royal Devon and Exeter hospital on Saturday, December 3, at 5.30am – hours after attending Move nightclub in Exeter. 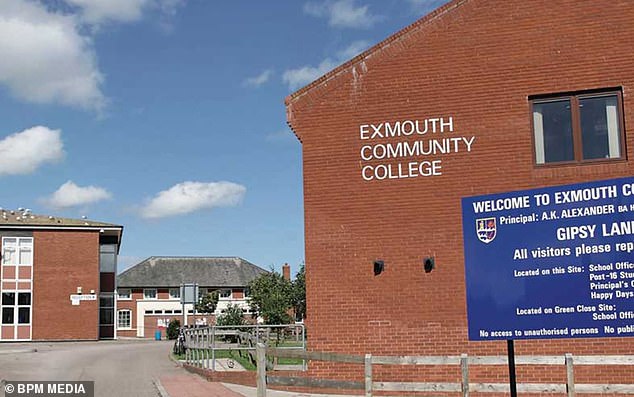 Exmouth Community College paid tribute to Lucy and said it will have a lasting memorial in Lucy’s memory.

A spokesman said: ‘Lucy was a kind, considerate beautiful person.

‘She was very well liked by her peers and the staff who knew her well. She was always smiling, looking out for others and many of her friends benefited from her loyalty and care.

‘[Lucy] was bright, hard-working and well motivated. She was predicted to perform at the very highest level in her GCSE subjects.

‘She will be greatly missed but has left us all with fond memories of the lovely person that she was.

‘The College has been left reeling from the shock of Lucy not being with us anymore.

‘Her friends, teachers and peers have shown amazing fortitude and support for each other.

‘We have received many messages and offers of support for these young people, and we thank those members of the Exmouth and wider community who have contacted us.

‘We will in due course consider how we will leave a lasting memorial to recognise Lucy’s memory.’

Move nightclub has been closed as a mark of respect since Lucy’s death.