Little Brax Walker, five, wrote a letter to his local division in Elgin hoping to be shown the ropes. 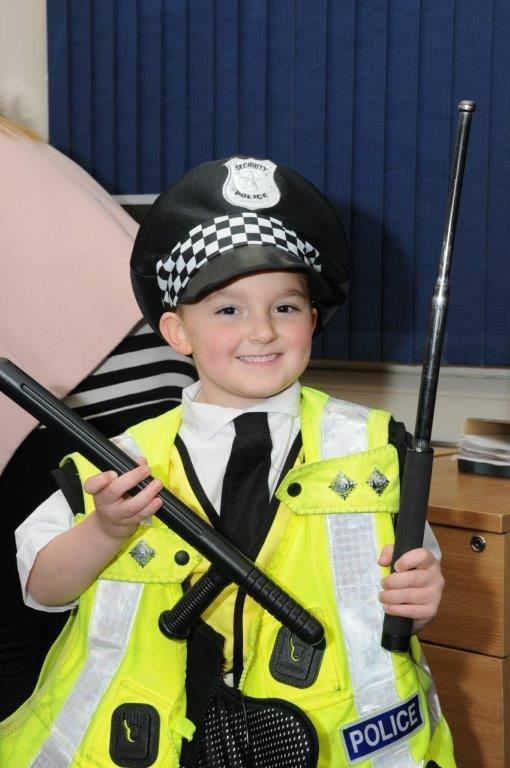 The hopeful lad told cops how he had his "own police dog and uniform" but could only work weekends due to school commitments.

He said: "I've got my police dog, I've got my uniform, can you give me a job please.

"I'm 5 years old and at school but I can work weekends. From Brax."

North East Police Division told how they were more than happy to show the enthusiastic youngster around. 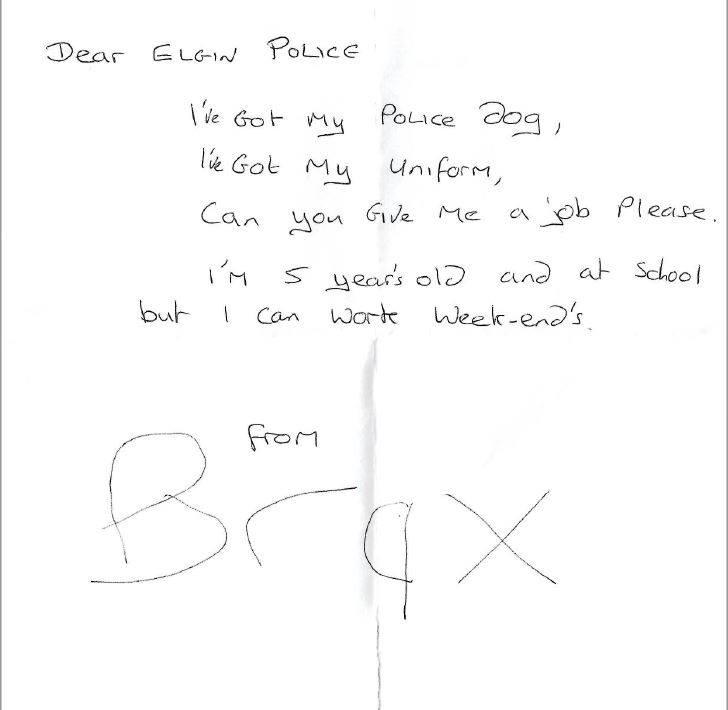 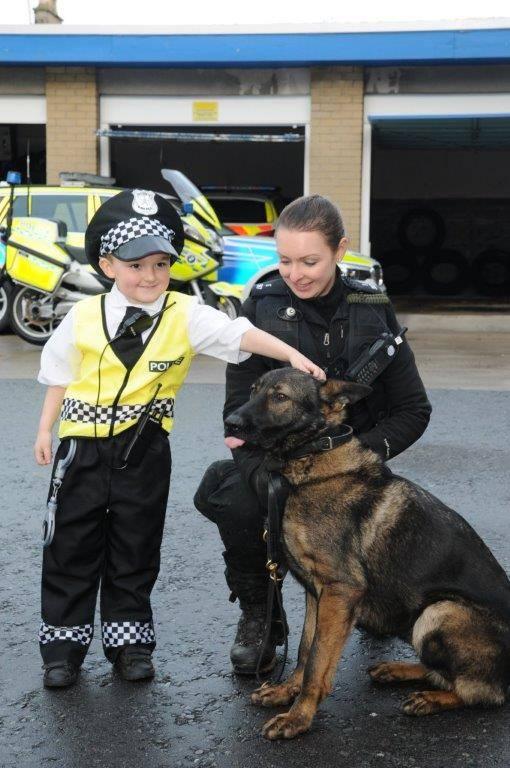 In a number of pics posted by cops,  Brax can be seen wearing his force outfit while holding a plastic baton and toy gun.

In another snap he posed beside a police motorbike before he smiles alongside police dog Ava in a cute photo.

And they revealed it won't be long until the junior crime fighter becomes a senior member of the team in years to come.

Inspector Neil Campbell said: "We were delighted receive Brax’s letter and to see his interest in our work and his enthusiasm for joining the police.

"It was fantastic to be able to show him around the station and we’re really pleased he enjoyed his visit.

"I’m sure it won’t be long until you see PC Brax Walker out in your communities!"

Plenty of social media users were pleased for the new hopeful police cadet and praised his efforts.

One said: "Brilliant story and well done Elgin Police Station for taking the time out of your busy day to spend time with this young lad."

Another commented: "Well done. Exactly what community policing is all about and should be." 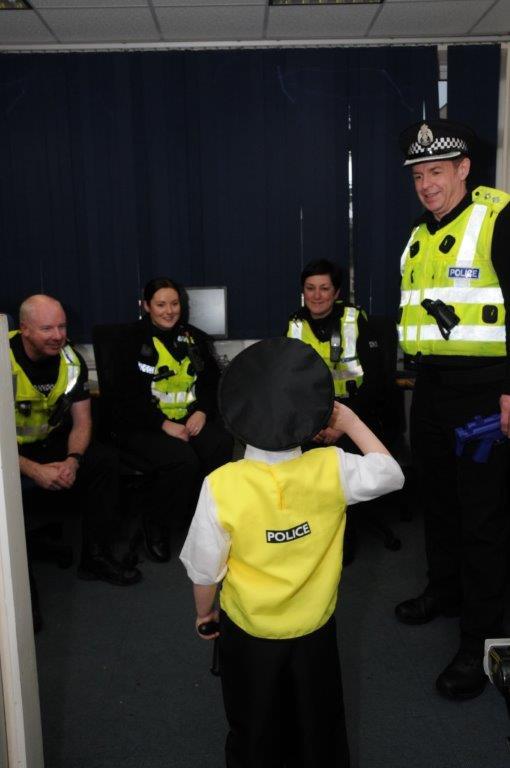 It's not the first time in recent months that police have shown their fun side to the Scots public.

We told recently how officers 'arrested' The Grinch in Argyll and West Dunbartonshire for allegedly attempting to steal Christmas.

A Police Scotland officer was also ribbed by fellow cops as he took on a football challenge.