The city's mayor said the annual event can't go ahead this year because of the spread of the deadly virus.

He claimed today that "we simply cannot afford" to have people congreating in the middle of the city to celebrate the new year – and the new future Britain will have outside the EU.

He told LBC Radio this morning: "I can tell you that there will not be a fireworks New Year's Eve this year like in previous years.

"We simply can't afford to have the number of people congregating on New Years eve, congregating.

"What we are working on is to do something that people can enjoy in the comfort and safety of their living rooms on TV."

As soon as he knew what was going on, he would let the nation know, he added.

There will be “nothing happening” in central London he stressed.

It isn't even clear if people will be allowed to flock to pubs and bars as is traditional to celebrate the New Year, the London Mayor indicated.

"We'll have to wait and see how the virus pans out," he said.

Boris Johnson has been looking at nationwide coronavirus restrictions including curfews for pubs and hospitality venues.

The PM told The Sun in an exclusive interview he could have to slap on extra curfew measures to Brits if they didn't obey the rule of six and get case numbers down.

Asked directly about a curfew on pubs and restaurants to tackle the spread, Mr Johnson insisted: “I don’t think we are yet in that position but look around the world at what other countries are doing.

"What I don’t want to be doing is locking down sections of the economy.”

But he warned: “I remember when the pubs used to close at 11 anyway in the old days.

“That sort of thing, we will be looking at it.”

Already in Bolton, parts of Wales and now in the North East of England, people face their locals closing early as part of moves to stop the spread of the bug.

And this morning Mr Hancock refused to rule out another tough nationwide lockdown like in March to tackle the spread.

He said it was the "last line of defence" for the nation but stressed it did work in bringing cases down. 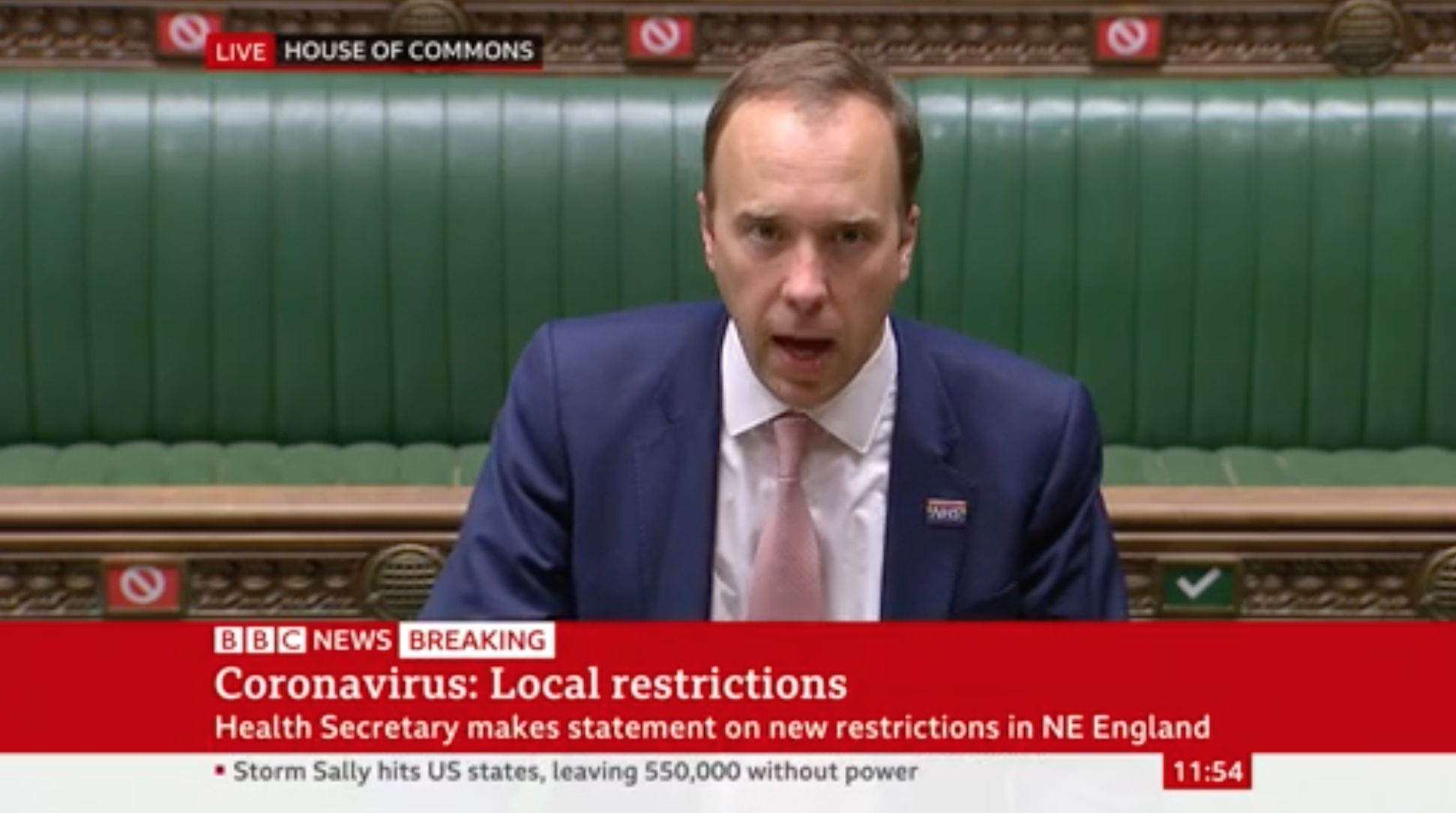 The news will dash the hopes of Brexit-backers up and down the country who were hoping for a celebration of the day that we finally throw off the shackles of Brussels.

Britain will leave the transition period on the 31 of December this year, and it is hoped that a new trade deal will be signed with the bloc by then, which will come into force instead.

A spokesperson for the Mayor of London said: “We are currently working up plans to ensure that we usher in the New Year in London in a spectacular but safe way. An announcement will be made in due course.”