Two planes ‘bumped into each other’ on the runway at East Midlands Airport this morning.

The Ryanair plane was taxiing on the runway when it clipped a stationary Jet2 one amid heavy fog at around 7.50am today.

An airport spokesman insisted flights were running as normal. No one was on board either aircraft when the moving plane clipped the stationary one and there have been no reported injuries.

They told the Mirror: ‘A taxiing aircraft made contact with a stationary aircraft this morning on the central passenger apron at East Midlands Airport.

‘There were no passengers on either aircraft and no one has been injured. Flights are continuing as scheduled.’ 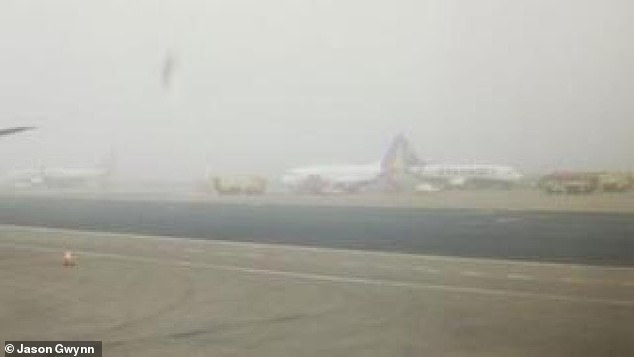 One man waiting for his flight to take off took to Twitter to complain of delays.

He wrote: ‘A Ryanair plane has bumped a Jet2 one while taxiing here at East Midlands @ ema_airport been told to board but nothing is moving, frustrating! Should have taken off already.’

Ryanair said in a statement: ‘One of our training aircraft was taxiing to stand at East Midlands [30 Apr] when its wing tip made contact with a Jet2 aircraft.

‘This aircraft was under the instruction of East Midlands Traffic Control at the time and the crew were following correct taxi lines as per ATC procedure.

‘This B737-700 aircraft was due to be used for training in East Midlands so no customers were affected.’ 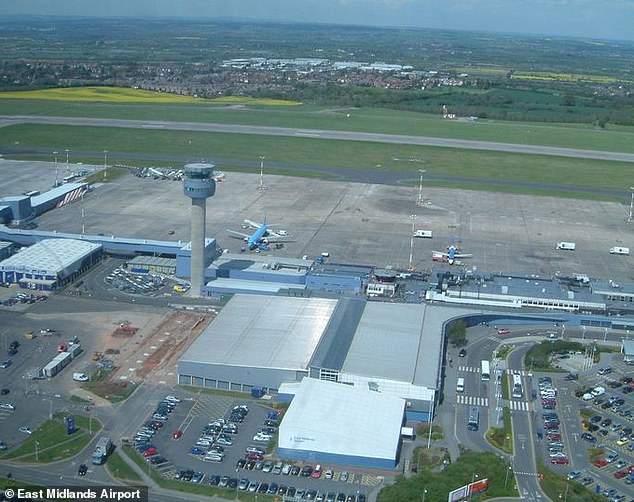 An East Midlands Airport (pictured) spokesman insisted flights were running as normal. No one was on board either aircraft when the moving plane clipped a stationary one and there have been no reported injuries