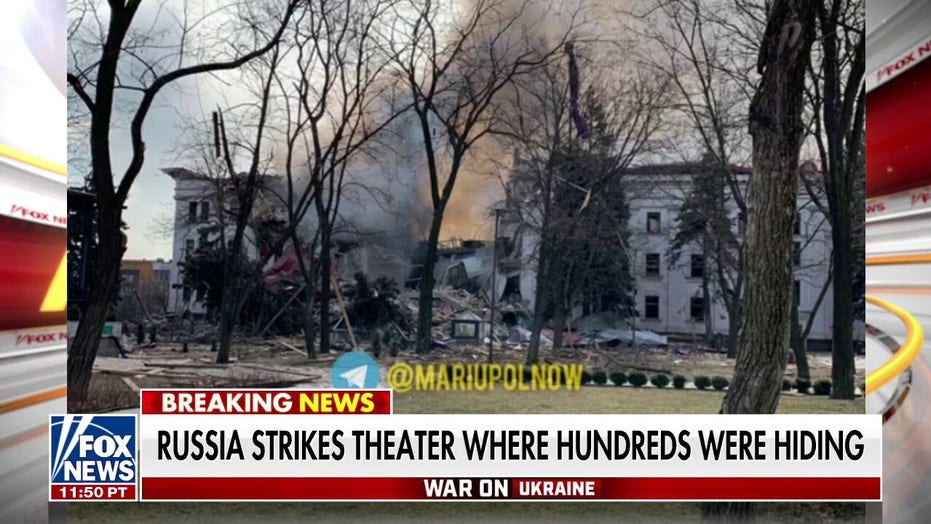 Local officials say hundreds of Ukrainians were sheltering in a theater bombed by Russia.

Ukrainian officials in the besieged city of Mariupol claimed that Russian forces bombed a theater in which thousands had taken refuge, even though satellite footage shows that the word for “children” in Russian was written on the ground near the theater.

“Another horrendous war crime in Mariupol,” Dmytro Kuleba, Ukraine’s foreign affairs minister, posted on Twitter Wednesday. “Massive Russian attack on the Drama Theater where hundreds of innocent civilians were hiding. The building is now fully ruined. Russians could not have not known this was a civilian shelter. Save Mariupol! Stop Russian war criminals!”

Mariupol’s deputy mayor, Sergei Orlov, told the BBC that between 1,000 and 1,200 people had sought refuge in the building. The number of casualties remains unknown. Russian airstrikes and shells have previously hit a maternity hospital, a church, and apartment towers.

A satellite image from Maxar Technologies revealed that the word “children” had been written in Russian on two sides of the theater, warning Russian forces not to strike it. 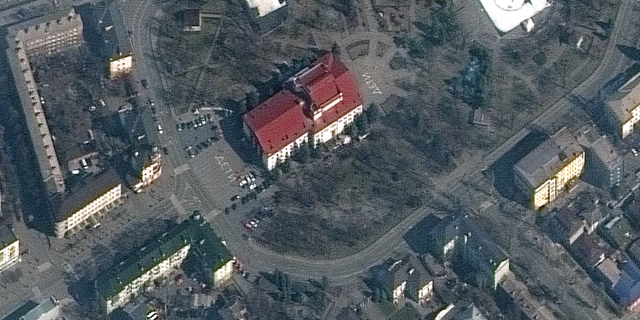 “On 16 March, Russian air force dropped a powerful bomb on the building of the drama theatre in Mariupol,” the Ukrainian Ministry of Foreign Affairs wrote in a statement. “The theatre building served as a shelter for hundreds of Mariupol residents who had lost their homes as a result of Russian armed forces bombing and shelling the city.”

“The bomb strike demolished the central part of the theatre building, causing large numbers of people to be buried under the debris. The assessment of the exact number of persons affected is currently impossible due to ongoing shelling,” the ministry continued. By “delivering a purposeful bomb attack to the place of mass gathering,” Russia had committed another war crime, the Ukrainian ministry warned, a war crime that “was concurrent with the President of the International Court of Justice proclaiming the ruling that obligates Russia to stop all warfare in the territory of Ukraine immediately.” 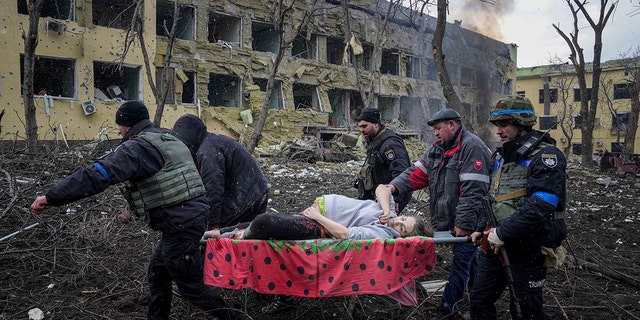 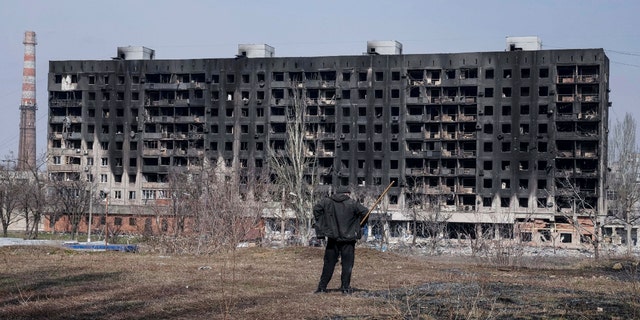