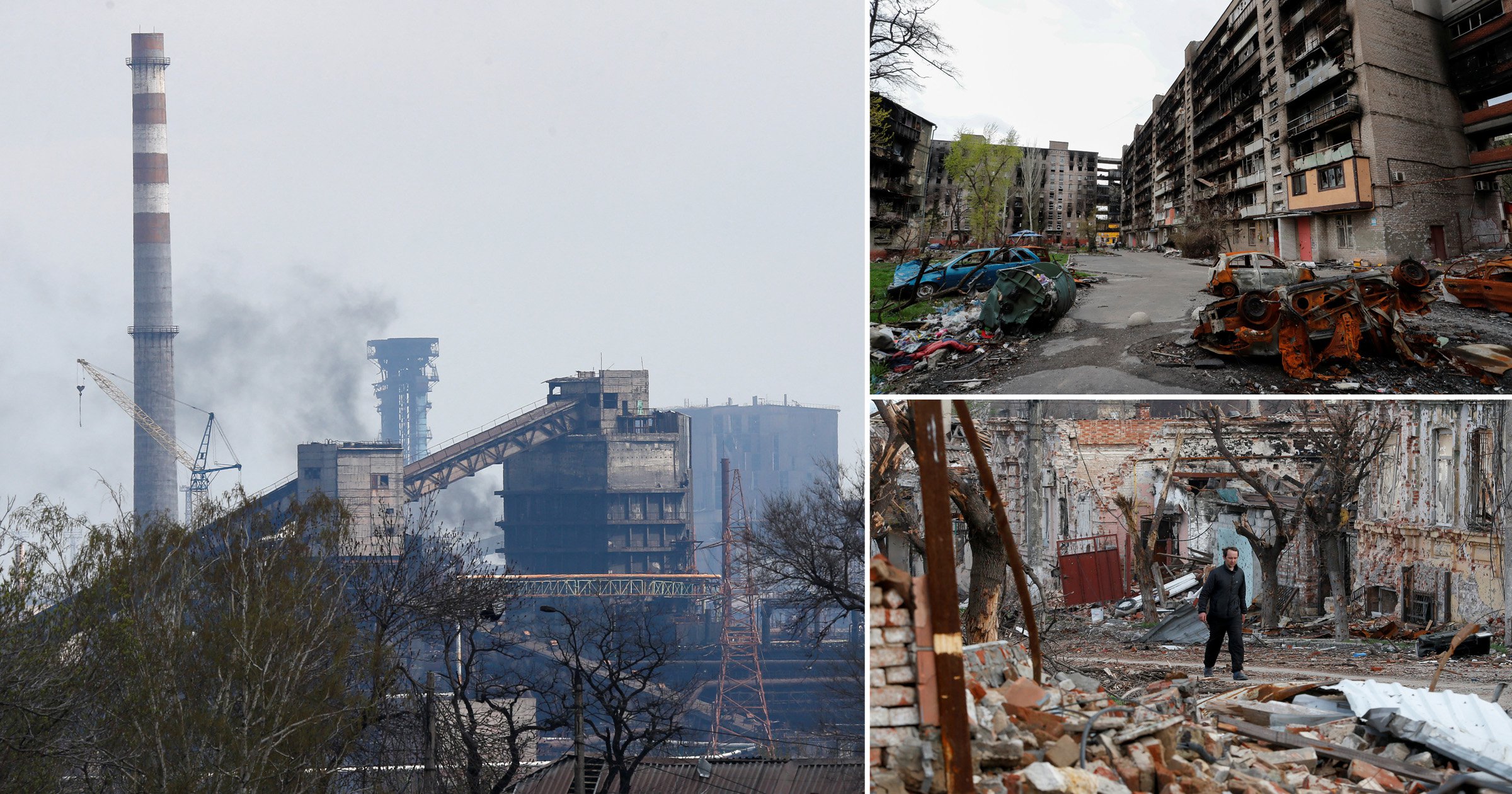 Russian forces resumed their assault on the last remaining stronghold of Mariupol days after Moscow declared victory over the city.

Vladimir Putin had ordered his troops to simply blockade the Azovstal steelworks so ‘so that not even a fly comes through’.

Such a siege would have left the 1,000 civilians and 2,000 soldiers holed-up inside facing starvation.

But today a Ukrainian official said Russian forces were hitting the complex with air strikes while trying to storm it.

Russia’s capture of the city is seen as vital in its attempts to link the eastern Donbas region with Crimea – which Moscow annexed in 2014.

As Putin’s forces launched a fresh assault on the steelworks turned fortress, they also launched a missile attack on the southern port city of Odesa, killing at least six people including a baby.

Russia has denied targeting civilians in its invasion – which it calls a ‘special military operation’ – launched on February 24.

A Russian general, Rustam Minnekayev, said yesterday that Moscow wanted control of the whole of southern Ukraine, not just Donbas.

Ukraine said the comments indicated Russia had wider goals than its declared aim of demilitarising and ‘denazifying’ the country.

Russian forces have besieged and bombarded Mariupol since the early days of the war, leaving a city that is usually home to more than 400,000 people in ruins.

A new attempt to evacuate civilians failed on Saturday, an aide to Mariupol’s mayor said.

Russia’s defence ministry said yesterday that the city’s last fighters had been ‘securely blockaded’ at the steel plant.

On Thursday, President Vladimir Putin had declared the city ‘liberated’, declaring that troops would not storm Azovstal.

Arestovych, a political adviser to President Volodymyr Zelensky, said Ukrainian troops in the Azovstal complex were still holding out ‘despite the very difficult situation’ and were attempting counterattacks.

The Azov battalion, a far-right militia absorbed into the national guard in 2014, released a video which it said showed women and children sheltering in the complex.

One unnamed boy in the video said he was desperate to get out after being in the bunker for two months.

‘I want to see the sun because in here it’s dim, not like outside. When our houses are rebuilt we can live in peace. Let Ukraine win because Ukraine is our native home,’ he said.

Ukraine estimates tens of thousands of civilians have been killed in Mariupol and says 100,000 civilians are still there. The United Nations and Red Cross say the civilian toll is at least in the thousands.