Do Putin and Kim have an ‘arms for horses’ deal? Russia sends North Korea 30 thoroughbred horses by train after Pyongyang shipped Moscow artillery shells in bid to bolster its bungled Ukraine invasion

The prized Orlov Trotters were shipped via cargo train and are considered a sign of status and wealth in North Korea.

There are mounting concerns the shipment may have been payment for Kim Jong-un’s support of Putin’s invasion of Ukraine, particularly after Russian media revealed plans are underway to deliver medicine to the pariah state in the near future.

‘Our information indicates that the DPRK is covertly supplying Russia’s war in Ukraine with a significant number of artillery shells, while obfuscating the real destination of the arms shipments by trying to make it appear as though they’re being sent to countries in the Middle East or North Africa,’ John Kirby, spokesman for the National Security Council, said. 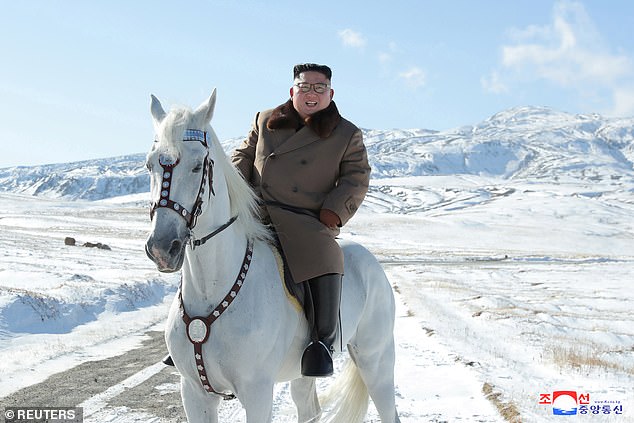 Kim Jong-un was pictured on the back of an Orlov Trotter in October 2019, when he climbed the sacred Mount Paektusan on horseback

Mr Kirby said the shells would not ‘change the course of the war’, but raised enough of a concern that it would be monitored by United States officials moving forward.

Both Russia and North Korea have denied the allegations.

According to the 38 North project, which monitors developments with North Korea, a train crossed into Russia on Friday afternoon, marking the first time the route is known to have been used since 2020.

The 800-metre Tumangang Friendship Bridge is the only land link between the two countries, but was blocked in February 2020 amid rising concerns about the Covid pandemic.

Russian state media said the 30 thoroughbreds – five stallions and 25 mares – were quarantined in Russia before making the journey into North Korea.

A professor at the Far Eastern Federal University in Vladivostok, Artyom Lukin, told NK News in 2020, North Korean dignitaries, including Kim Jong-un, favoured Orlov Trotters because of their ‘royal look’. 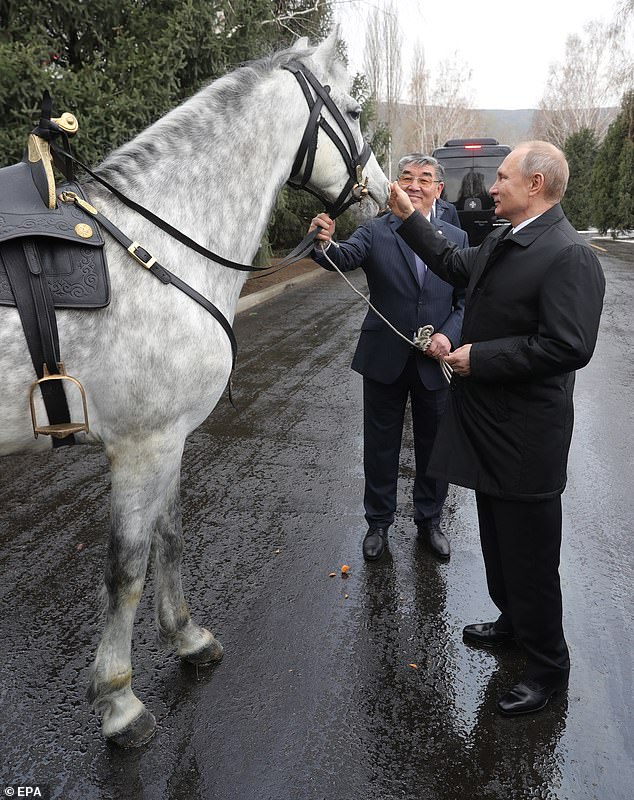 The prized Orlov Trotters were shipped via cargo train and are considered a sign of status and wealth in North Korea. Pictured: Putin stroking an Orlov Trotter in 2019

‘In 2003, Putin gifted Orlov horses to Kim Jong Il as a birthday present,’ he said.

‘The North Koreans came to like Orlov trotters. I think one reason they took to them is the Orlovs’ magnificent, royal look as well as their good temper.’

Kim Jong-un was pictured on the back of an Orlov Trotter in October 2019, when he climbed the sacred Mount Paektusan on horseback.

North Korea was one of the only countries to publicly recognise the independence of Ukrainian regions that were ‘liberated’ by Russia during the war.

As Putin’s war efforts stagnate, UK government defence chiefs revealed he is planning to deploy special units to shoot his own military if they retreat. 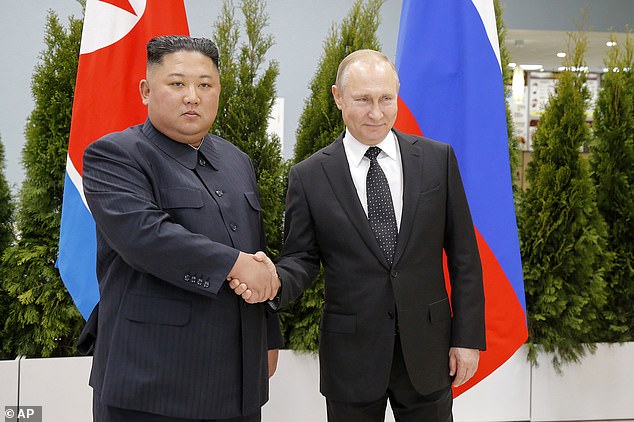 North Korea was one of the only countries to publicly recognise the independence of Ukrainian regions that were ‘liberated’ by Russia during the war. There are concerns about the improved relations between the two nations

Britain’s Ministry of Defence said Russia will deploy so-called ‘blocking units’ which ‘threaten to shoot their own retreating soldiers in order to compel offensives’.

‘Due to low morale and reluctance to fight, Russian forces have probably started deploying ‘barrier troops’ or ‘blocking units’,’ the Ministry of Defence said in an intelligence update on Friday.

‘Recently, Russian generals likely wanted their commanders to use weapons against deserters, including possibly authorising shooting to kill such defaulters after a warning had been given. Generals also likely wanted to maintain defensive positions to the death.’

Joseph Stalin used ‘barrier troops’ in the Second World War as part of his ‘No One Turn Back’ order.