A female Royal Navy Commander who bombarded her married senior officer with lesbian love messages to try and seduce her was today cleared of harassment at a court martial.

Commander Sally-Anne Bagnall was accused of ‘crossing the line’ by ‘relentlessly pursuing’ Surgeon Captain Elizabeth Crowson at DMS Whittington, Staffordshire, refusing to take no for an answer, and sending her sexualised texts at all hours.

A military court was told Cdr Bagnall, who is homosexual, ‘refused’ to accept her boss wasn’t a lesbian and insisted she was ‘in denial about her sexuality’ and ‘suppressing her true feelings about her’. 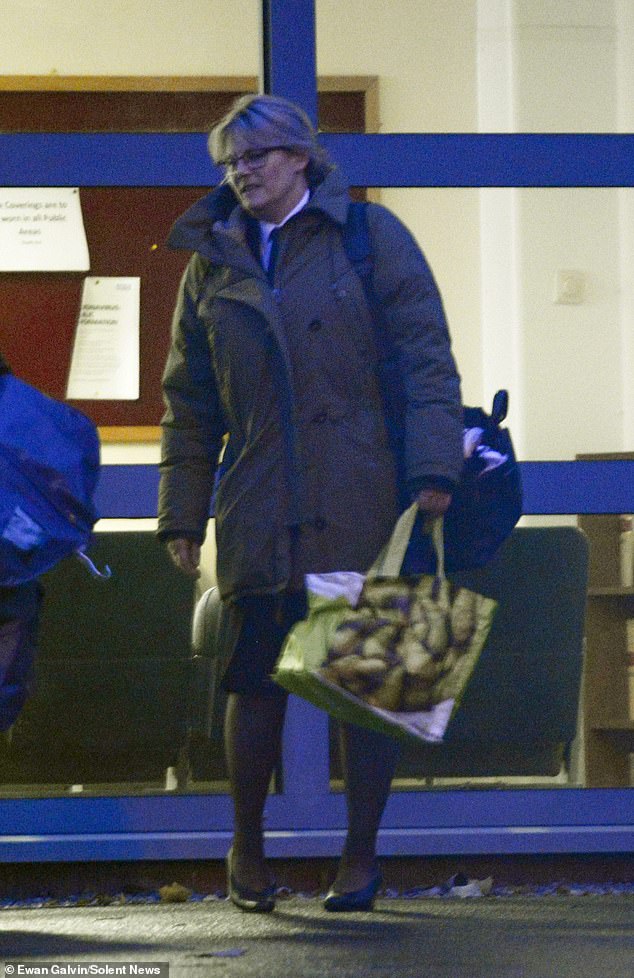 Cdr Bagnall admitted annotating Capt Crowson’s work emails and confronting her with them, claiming within them she had used ‘coded’ words to send her ‘hidden love messages’.

The 51-year-old sent Capt Crowson messages about her ‘sex drive’ and three-way relationships and was alleged to have ‘crossed the line’ with a ‘relentless pursuit and would not take no for an answer’.

Though Capt Crowson said she felt ‘scared and frightened’ and branded her second in command ‘nutty’, Cdr Bagnall was today cleared of harassment.

Cdr Bagnall argued Capt Crowson was mutually seeking a relationship with her – even claiming her boss ogled her breasts, made sexual innuendos, wanted to start an affair, and even told her ‘I love you’.

Dingle Clark, defending, said Cdr Bagnall’s efforts to start a relationship were ‘miles away’ from amounting to harassment and said the issue should have simply been a service complaint instead.

Cdr Bagnall was accused of harassing the married mother of three while the two medics worked at the Defence Primary Health Care HQ in DMS Whittington, Staffordshire.

Today at Bulford Military Court, Wilts, Cdr Bagnall, who has served for 23 years, turned and smiled to her barrister as she was acquitted.

During the trial, Cdr Bagnall claimed: ‘There was a mutuality to it. I saw it as two people pursuing a relationship. I don’t think I did anything that was not reasonable from what she said. 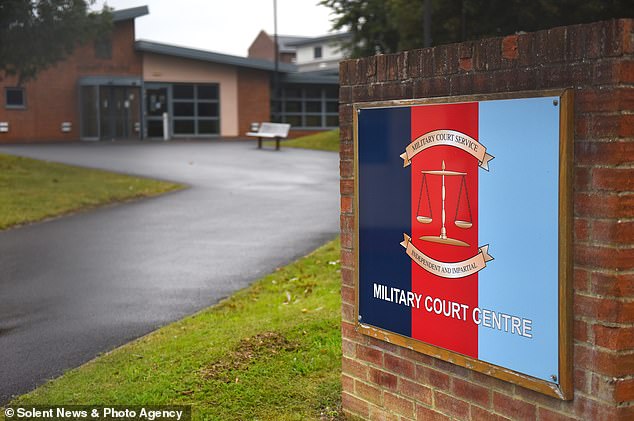 Today at Bulford Military Court, Wilts, Cdr Bagnall, who has served for 23 years, turned and smiled to her barrister as she was acquitted

‘I was pursuing a romantic relationship and I believe she was doing the same… I thought she wanted to have an affair and have a deeper connection.’

She also claimed Capt Crowson flashed diamond earrings at her, eyed her up at work and was ‘testing her for an affair’.

Capt Crowson, who is married with kids, strenuously denied all of her junior’s claims. She said: ‘I was always very clear about my sexuality, I’ve never had any leanings in that direction whatsoever.

Capt Crowson, whose family home is in Helensburgh, Scotland, is now commanding officer of the Institute of Naval Medicine in Gosport, Hants.