A little girl who wrote a letter to her father ‘in heaven’ asking him to come home for Christmas has received a heartwarming reply thanks to caring Royal Mail staff.

Madison Danter, aged six, from Gloucestershire, received the letter which said her letter had been safely delivered to her father Thomas Danter, despite it being ‘a difficult journey’.

Her father Thomas, 40, passed away two years ago after being operated on for a fifth heart valve replacement operation. 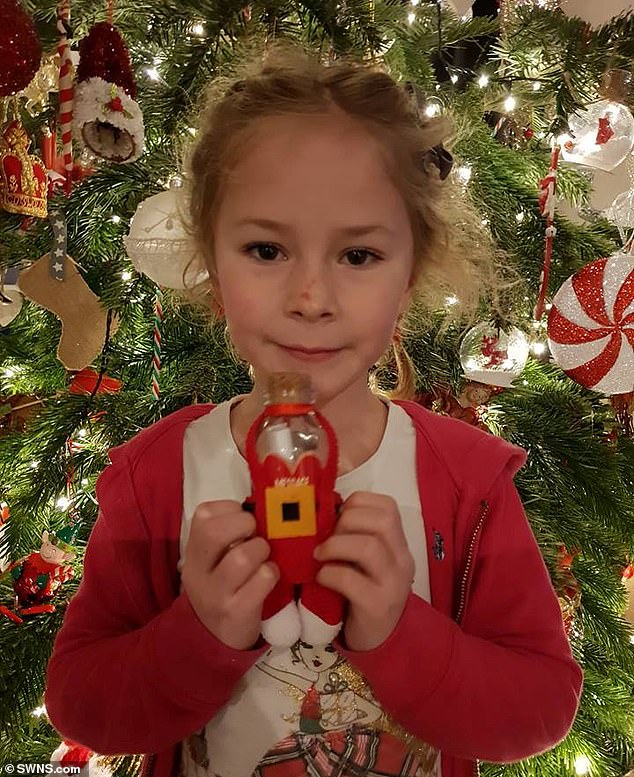 Madison Danter, aged six, from Gloucestershire, wrote a letter to her father ‘in heaven’ asking him to come home for Christmas 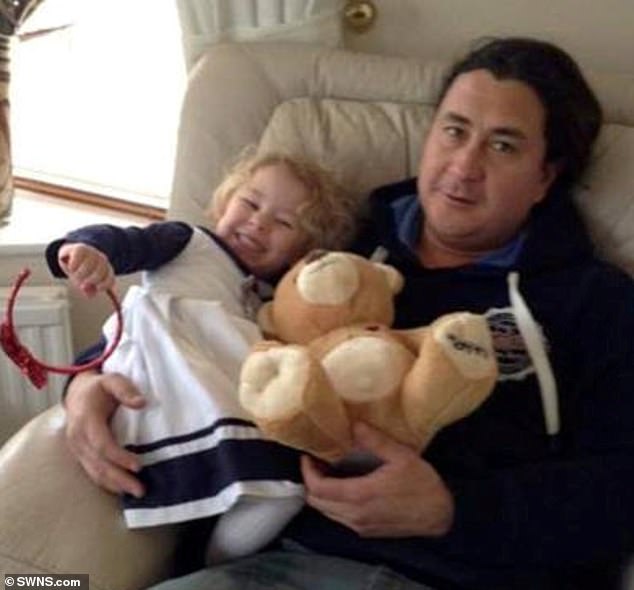 Thomas Danter (pictured with daughter Madison), 40, passed away two years ago after being operated on for a fifth heart valve replacement operation 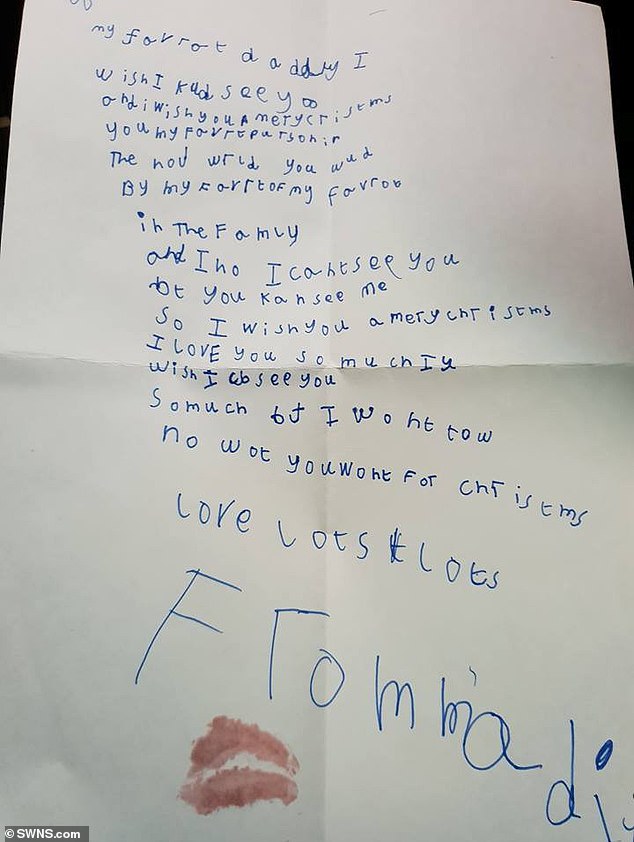 In her letter to her father Madison wrote: ‘I wish I could see you and I wish you a very merry Christmas’

Their uncle Shane Danter, 49, said Madison’s only wish this Christmas was to have her father come home from heaven.

The cleaning firm boss said: ‘The letter meant so much to Madison, this particular Royal Mail worker has gone above and beyond the call of duty.

‘What a wonderful thing for a complete stranger.

‘We arranged for Father Christmas and his elves at Whitehall Garden Centre to give her a special message in a bottle from her dad.

That night after receiving the message from her father Madison sat on her own in her room and wrote a reply. 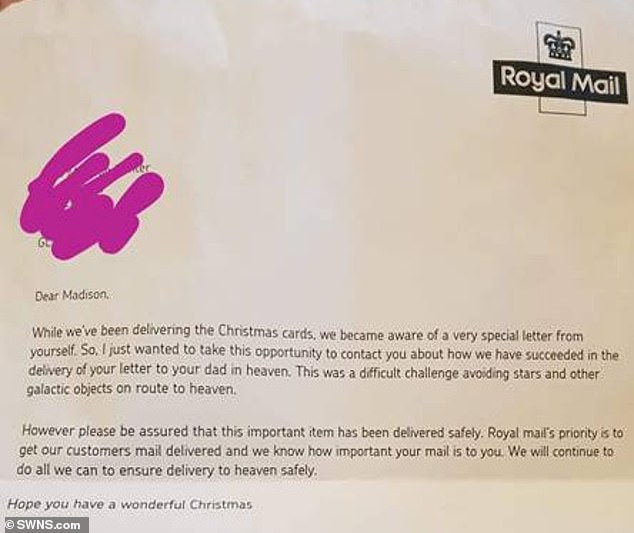 Two days after the letter was posted by Madison’s uncle Shane Danter, 49,  a letter dropped on Madison’s doormat from a delivery office manager at the post office 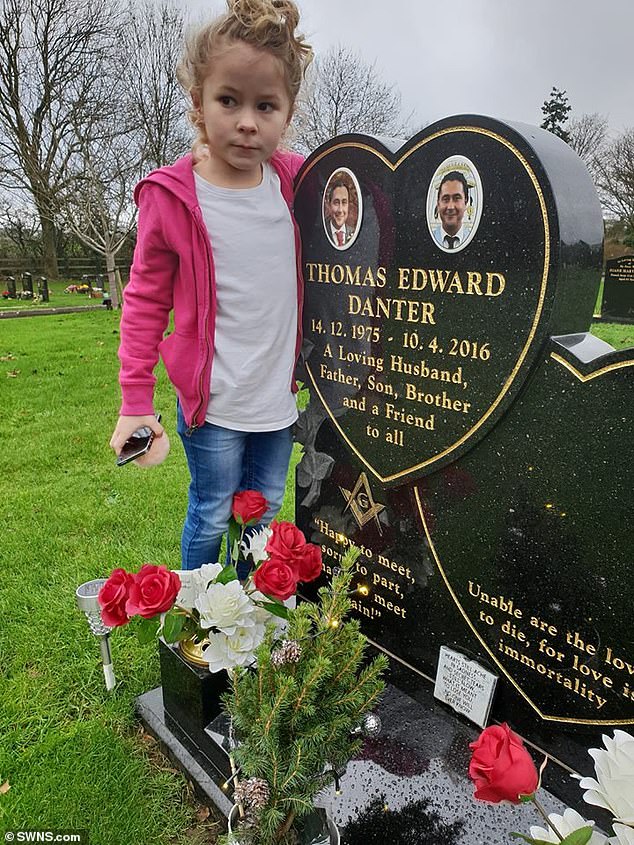 He added: ‘She asked me how we could send her reply to her daddy and I told her that we would leave it out at night and let the magic of Christmas do its thing.’

The next day Shane popped the letter addressed to his brother in heaven in the post.

Two days later a letter dropped on Madison’s doormat from a delivery office manager at the post office.

Addressed to Madison personally and sent to her home in Wotton-under-edge, the letter explains that the post office had successfully delivered the letter to her father in heaven. 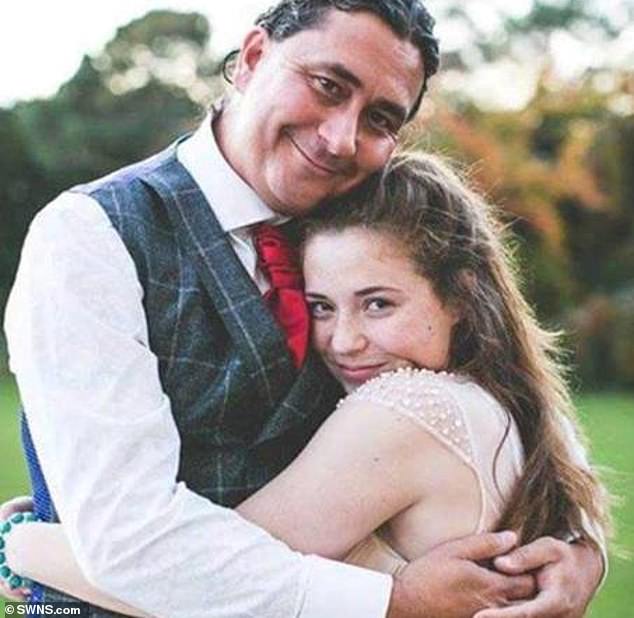 The letter explained to the six year old that in spite of the difficult challenge avoiding the stars and galactic objects, the letter had been delivered to her father Thomas (pictured with daughter Chloe Danter)

The letter read: ‘While we’ve been delivering the Christmas cards, we became aware of a very special letter from yourself.

‘So, I just wanted to take this opportunity to contact you about how we have succeeded in the delivery of your letter to your dad in heaven.

‘This was a difficult challenge avoiding stars and other galactic objects on route to heaven.

‘However please be assured that this important item has been delivered safely.

‘Royal mail’s priority is to get our customers mail delivered and we know how important your mail is to you.

‘We will continue to do all we can to ensure delivery to heaven safely.

‘Hope you have a wonderful Christmas.’

Madison will spend Tuesday with her mother and siblings before visiting her father’s grave before Christmas dinner.

Shane added: ‘The older she gets the more she questions why her dad isn’t here.

‘But this has really has made dealing with the loss a lot more bearable.

‘The fact that someone took the time to send a very special little girl a reply that has given her a reason to smile, and some comfort.