The Rolling Stones’ darkest hit Sympathy for the Devil turns 50 after five decades of being blamed for a murder, a studio on fire and a whole host of other macabre events 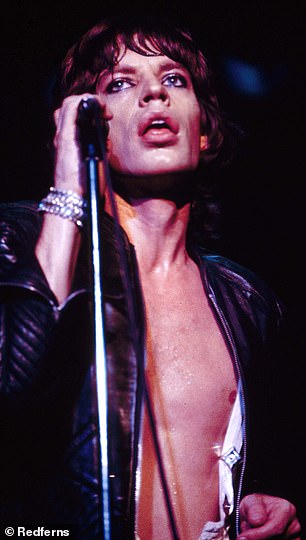 The festival was meant to have been the climactic pop concert of the Sixties, outdoing all others not only in its marathon of great music but as the ultimate example of hippie love, peace and togetherness.

Instead, it collapsed into chaos and horrendous violence, said to have been recklessly stoked up by the Rolling Stones with their song Sympathy For The Devil.

On a run-down stock-car track named Altamont Raceway near Livermore, California, that evening of December 6, 1969, a crowd of around 300,000 were crushed together among the skeletons of crashed jalopies, without proper catering, medical or toilet facilities.

The Stones had just begun their set, with Mick Jagger wrapped in an orange and black cloak against the chill air. But Jagger’s legendary charisma could not transfix the vast audience as usual.

Instead, all attention was fixed on the Hell’s Angels ‘security’ guards, alternately swilling beer and beating inoffensive, often half-naked spectators with pool-cues.

Music had caused violence before — Elvis Presley and Bill Haley between them having left many a wrecked theatre in the mid-Fifties — but that had been sheer animal spirits.

Sympathy For The Devil, the lead track on the Stones’ Beggars’ Banquet album — released 50 years ago this week — was something different. For it seemed to call directly on the forces of darkness to further swell the mayhem the band’s concerts had always caused

And at the Altamont festival, so the story goes, those dark forces caused an audience member to be knifed to death in front of the Stones as they callously performed their anthem to Lucifer.

Looking at those wrinkly septuagenarian national treasures today, it’s hard to credit the fear and revulsion they generated half a century ago. 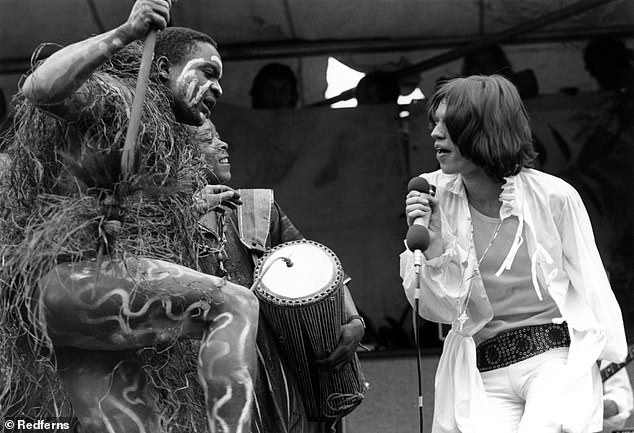 Mick Jagger premiered the song on stage with African drummers at a free Hyde Park Concert on July 5, 1969

Mick Jagger, in particular, was viewed as a loose-lipped antichrist, single-handedly responsible for turning the nation’s gullible pop fans on to drugs (a total misconception as the social-climbing Mick was always more interested in getting to know aristocrats than getting high.)

The Stones had always been happy to be considered devilish in a cosmetic way, to stimulate record sales.

Their 1967 album in response to the Beatles’ Sgt. Pepper masterpiece bore the brazen title Their Satanic Majesties Request, but turned out to be less hellish inferno than damp squib.

Jagger had actually flirted with black magic as an extension of his hippyish interest in witches and spells, but quickly gave it up in terror and was careful to wear a large crucifix around his neck for months afterwards to ward off the Evil Eye.

The inspiration for his most infamous song came from his then girlfriend, singer Marianne Faithfull, from whom he received so much of his cultural education.

Marianne had persuaded him to read The Master And Margarita, a novel by the Russian writer Mikhail Bulgakov in which Satan appears minus traditional horns, scarlet tights and pitchfork.

Rather, he is a professorial figure, commenting with engaging wit on the absurdities as well as brutalities of the old Soviet Union.

Jagger’s — admittedly brilliant — lyric pushed the idea a step further, portraying the devil as ‘a man of wealth and taste’, amusedly owning up to all his malign interventions in human affairs from Christ’s Crucifixion through the Russian Revolution to Hitler’s World War II blitzkrieg and the assassination of President John F. Kennedy.

It was a literary exercise, not a séance for Satan. Nonetheless, strange things seemed to happen when the Stones played it, especially if they were joined by Keith Richards’ girlfriend Anita Pallenberg, whom many in their entourage seriously believed to be a white witch.

Its five-day recording session was filmed by French director Jean-Luc Godard, who borrowed its title for a documentary about the revolutionary fervour sweeping America and Europe.

At one point, a film light started a fire which destroyed the entire studio — but the half-completed tapes of Sympathy For The Devil were miraculously undamaged.

Jagger premiered the song live at the Stones’ free concert in London’s Hyde Park on July 5, 1969, an occasion ironically with a quasi-religious theme.

For it was a tribute to the Stones’ founder and lead guitarist, Brian Jones, who, two days earlier, had been found dead in his swimming pool at a Sussex mansion once owned by A.A.Milne, creator of Winnie-the-Pooh.

Wearing a kind of white frilly frock, Jagger began the set by reading a Shelley poem in Jones’s memory, followed by the release of hundreds of white butterflies into the 250,000-strong crowd.

He ended it with Sympathy For The Devil, surrounded by African musicians in traditional dress, beating tom-toms — but with no perceptible reaction from Lucifer. 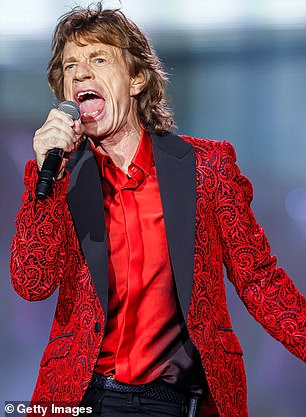 Mick Jagger performs at the Indianapolis Motor Speedway on July 4, 2015

The stage that day was guarded by British Hell’s Angels, who were to their American counterparts like orangeade to bootleg gin.

In the whole vast multitude, there was not a single outbreak of violence. The Stones at the time were virtually broke, but with huge income tax liabilities bequeathed to them by their outgoing manager, Allen Klein.

The remedy prescribed by Jagger’s new financial adviser, Prince Rupert Loewenstein, was to make the biggest American tour of their career.

It earned the hoped-for fortune, but attracted widespread media criticism for inflated ticket prices and the Stones’ seeming arrogant disdain for their overpaying customers.

So when the opportunity came to give something back with a free performance in California, they jumped at it. Never was a road to hell paved with more good intentions.

It was not ‘a Rolling Stones concert’, as legend says, but a mixed bill of top American bands including the Grateful Dead, Jefferson Airplane, Crosby, Stills and Nash and the Flying Burrito Brothers, which the Stones would headline.

Inviting Hell’s Angels from the infamous Oakland chapter to act as stewards had been partly a precautionary measure, to stop them sabotaging the festival.

However, the Angels got wasted on their bus-full of beer and amphetamines and began running amok with pool-cues, treating the stage — just three feet high and all-too-accessible — as their headquarters.

The Grateful Dead, whose idea the festival had been, fled without playing a note, with Crosby, Stills and Nash close behind. But Jagger decided the Stones should stay, fearing even worse violence would be provoked if they cancelled.

They started to play Sympathy For The Devil, but an unexplained whistle of feedback brought it to a halt. ‘We always have something funny happen when we play that number,’ Jagger said in an attempt to lighten the mood. The band hastily switched to a cheerful oldie, Under My Thumb, then to an improvised instrumental with a hopefully calming effect.

About 30 yards away, the crowd suddenly opened up to reveal a tall young man in an elegant green suit, dashing towards the stage with a dark shape in his upraised right hand.

Half a dozen Angels closed in on him and one of them pulled out a long-bladed knife.

The victim’s name was Meredith Hunter, he was 18 and one of the few African Americans at the festival. The dark object he’d been brandishing proved to be a handgun, although his only coherent words were that he hadn’t meant to hurt anyone.

As audience members used hot coffee to wash away the blood from Hunter’s horrific stab wounds, Jagger pressed doggedly on with the set. Not from callousness but the fear that if he stopped, even worse violence might start.

When he and the Stones party escaped from Altamont, 20 or so people crammed into an eight-seat helicopter, Hunter was dead.

A few weeks later, a 22-year-old Angel named Alan Passaro went on trial for his murder. Passaro pleaded self-defence, claiming to have been threatened by Hunter’s handgun, and was acquitted.

No explanation ever emerged for the green-suited young man’s wild dash to his death. But don’t blame Sympathy For The Devil or the Stones.

If Satan was around on that chilly, bloodstained Californian night, he wore a leather jacket with a skull-and-crossbones insignia and rode a Harley Davidson.