It was the first time the tennis superstars had ever gone head-to-head, with Federer and Swiss partner Belinda Bencic beating US pair Williams and Frances Tiafoe in straight sets in their group B clash.

Played in the Fast4 format, Federer and Bencic took the first set 4-2 and won the second 4-3 after a 5-3 tie-break victory. 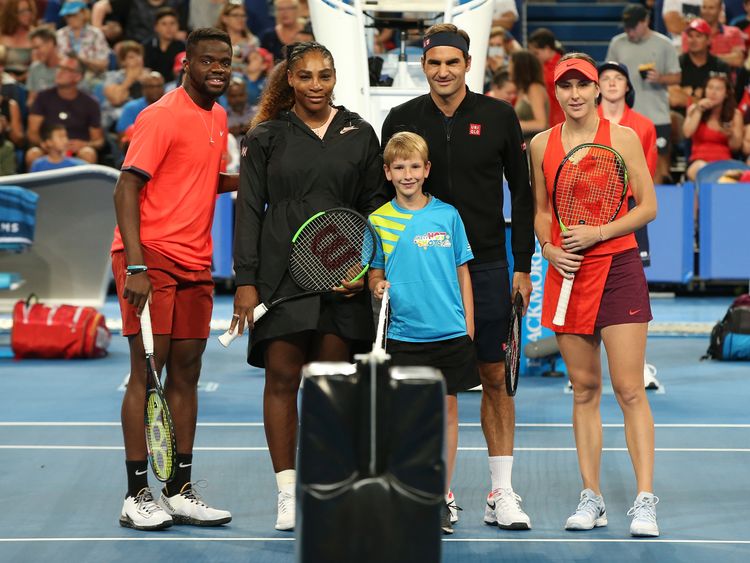 The result meant Switzerland beat the US 2-1 overall, with Williams having defeated Bencic 4-6 6-4 6-3 and Federer easily seeing off Tiafoe 6-4 6-1 in their earlier singles clashes.

Speaking afterwards, 20-time Grand Slam winner Federer described the chance to take on Williams – who holds the record for most Grand Slam titles among active players at 39 – as “an honour”. 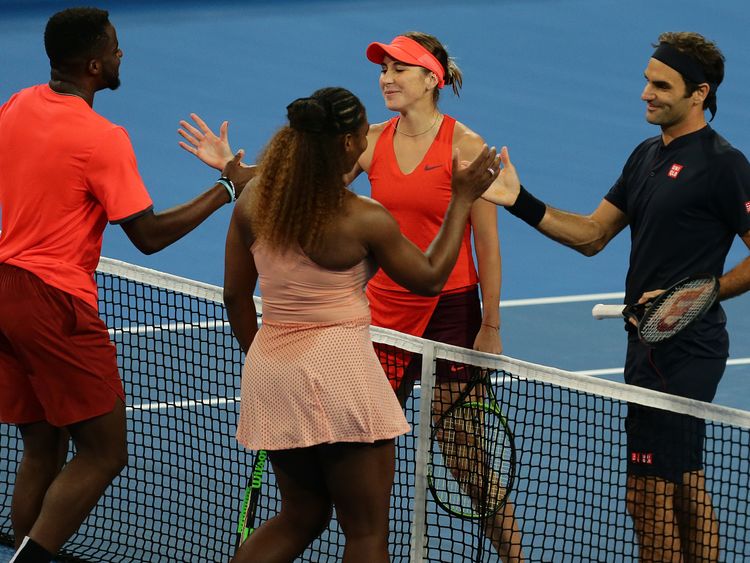 Williams – who has amassed her honours across singles, doubles and mixed doubles – added: “It was so fun. This is super cool that we get to do it at such a pinnacle point of our careers.

“This guy is great, both off the court and on the court. I think his serve is super-underestimated. It’s a killer serve, you can’t read it. I watched him all the time and I never knew how amazing it was.”

The 14,000 fans inside the Perth Arena were certainly thrilled by what they saw, with both greats serving well against each other throughout the contest.

Eventually a commanding performance at the net by Federer proved decisive – and Williams grabbed at her shoulder on several occasions late in the second set, but was able to complete the match.

Defending champions Switzerland lead Group B at the tournament, followed by Greece and Great Britain, with the US bringing up the rear and unable to qualify for the next round.

Group A is led by Germany, ahead of Australia, France and Spain.