Cowboy, 25, is killed after being thrown from a bull and gored in the chest in New Year’s Eve rodeo tragedy

A popular New Year’s Eve rodeo has ended in tragedy after a young cowboy was killed when he was struck by a bull in front of horrified spectators.

The 25-year-old cowboy, from NSW, was competing at the annual Warwick Show and Rodeo Society event in regional southeast Queensland shortly after 8pm on Saturday night when he was thrown off the bull and gored in the chest.

He suffered critical chest injuries and was rushed to Warwick Hospital where he later died.

The young rider had been competing in the novice bull ride when tragedy struck in front of hundreds of families.

Footage and photos posted online show the shocked crowd watching on as the injured rider was treated by paramedics behind a white shield before being loaded into an ambulance. 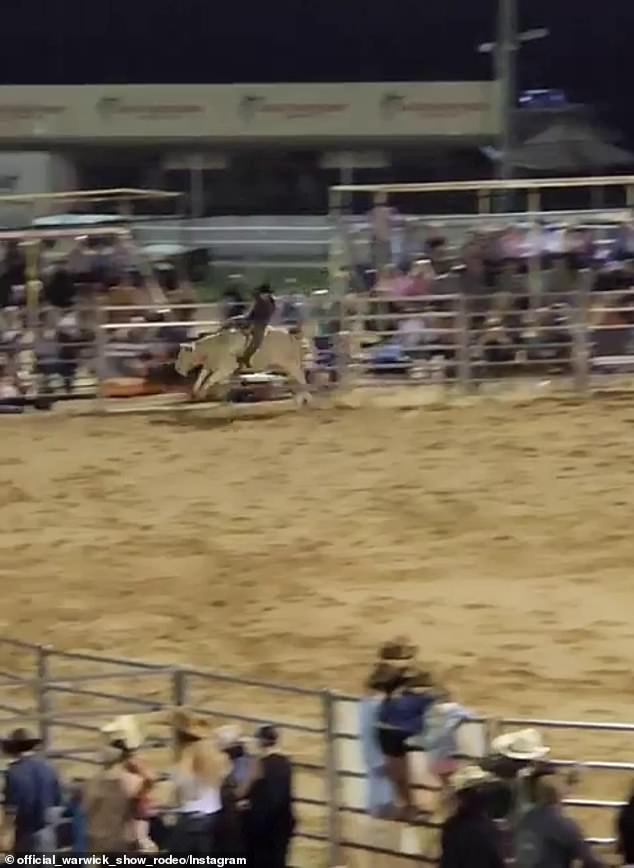 The annual Warwick Show and Rodeo Society has been rocked by the death of a competitor at its New Year’s Eve event, Pictured is another rider competing 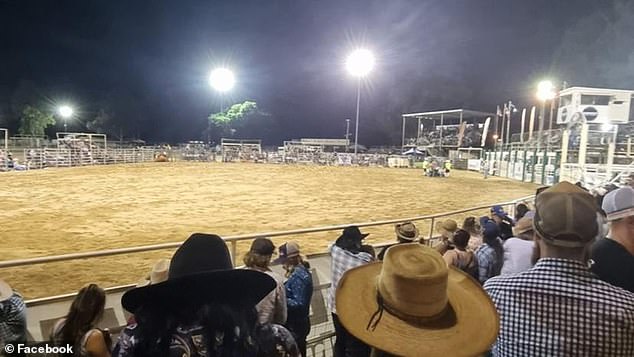 Warwick Show and Rodeo Society expressed its deepest condolences to the man’s family and friends.

‘In an effort to support the family, the Warwick Show and Rodeo Society will be ‘Passing the Hat Around’ today at our National Rodeo Association Junior Rodeo to assist in any way we can financially for the family with funeral arrangements, and where possible, any long term care for the family,’ organisers posted.

‘Please understand that this is a very difficult time for the family, the Society, the National Rodeo Association, and his fellow competitors, so we request that the privacy of the family is upheld at this difficult time.’ 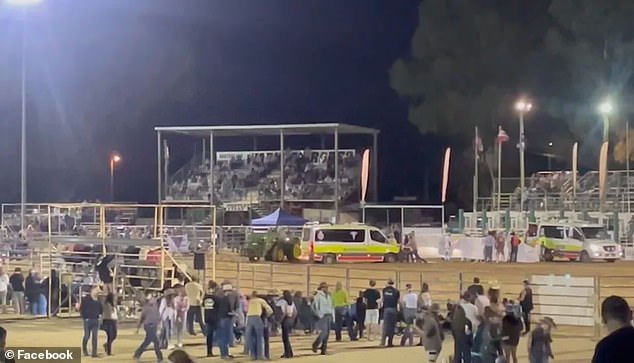 The New Year’s Eve event is one of the the biggest for the year for Warwick Show and Rodeo Society.

The family friendly fireworks were scheduled to take place at 8.30pm but were delayed due to the ‘serious arena incident’.

‘The fact that people are more concerned about the time the fireworks were going to start than someone’s life is actually disgusting,’ one person commented on the organiser’s post.

A second fireworks display was held at midnight to ring in 2023. 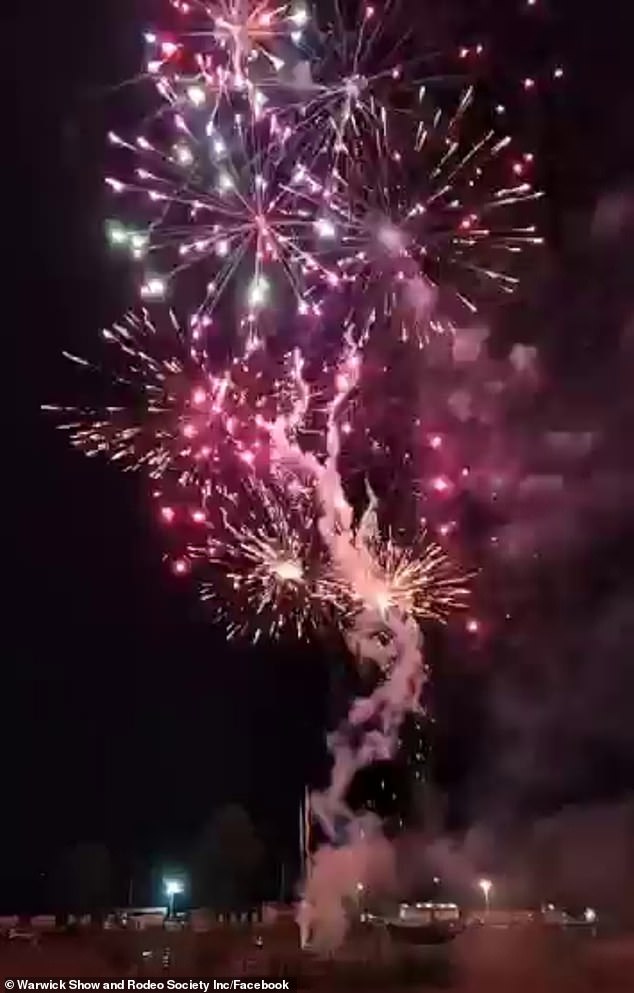