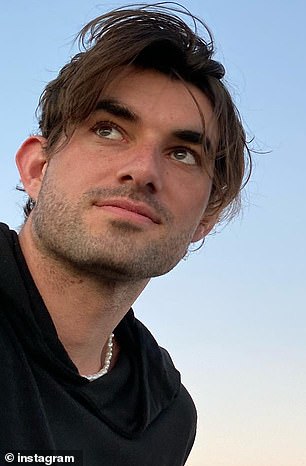 Conor Kennedy, 28, revealed on Instagram that he fought in Ukraine earlier this year

Robert F. Kennedy’s grandson, Conor, has revealed he secretly fought in Ukraine earlier this year despite having no military experience.

In an Instagram post, Conor, 28, said he was ‘moved’ to enlist in the Ukrainian International Legion – a branch of foreign volunteers – earlier this year after the Ukrainian forces made a desperate plea for help.

He didn’t say when he fought, nor did he specify how long he was there, but he said he ‘liked being a soldier’ more than he’d expected.

‘I wanted to help. When I heard about Ukraine’s International Legion, I knew I was going, and I went to the embassy to enlist the next day.

‘Going in, I had no prior military experience and wasn’t a great shot, but I could carry heavy things and learned fast. I was also willing to die there.’

The Ukrainian International Legion was a hastily-assembled branch of the Ukrainian forces in which foreign volunteers of able body were invited from overseas to join the fight, regardless of their military background or lack thereof. 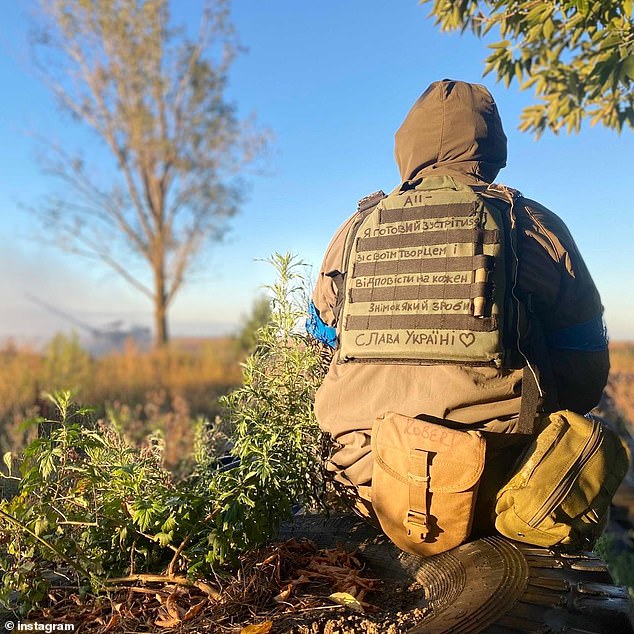 Kennedy, 28, shared this photo of  a friend from the war on Instagram. He said he’d joined the International Legion after watching the war unfold from afar 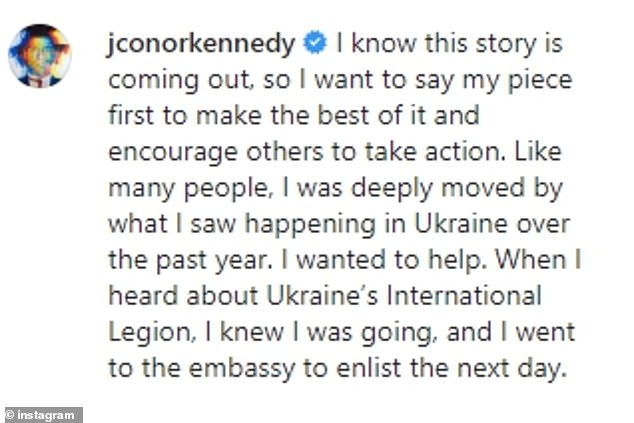 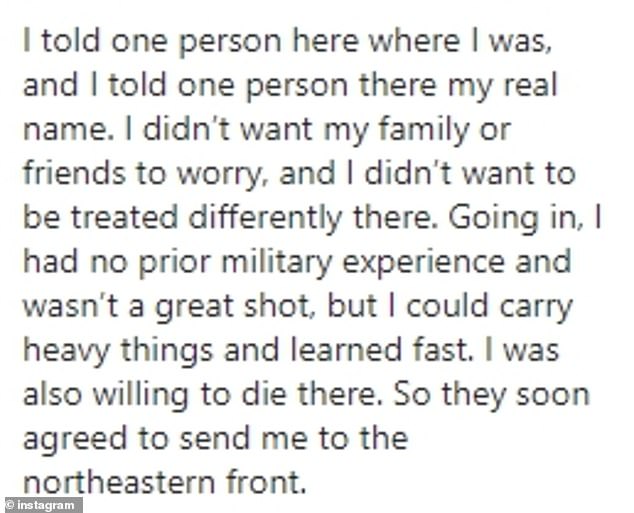 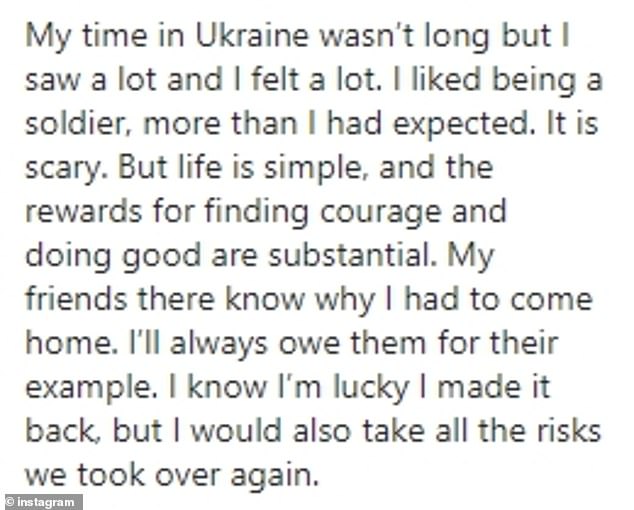 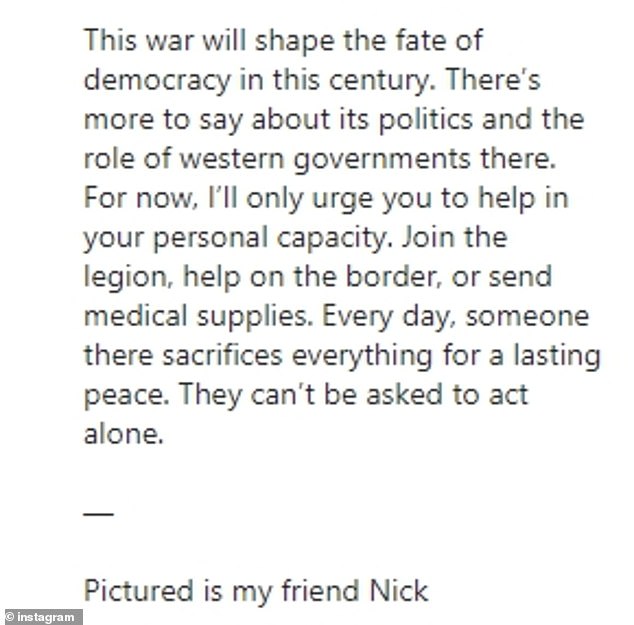 Conor described his time fighting in Ukraine on Instagram. He says he only told one person there who he was 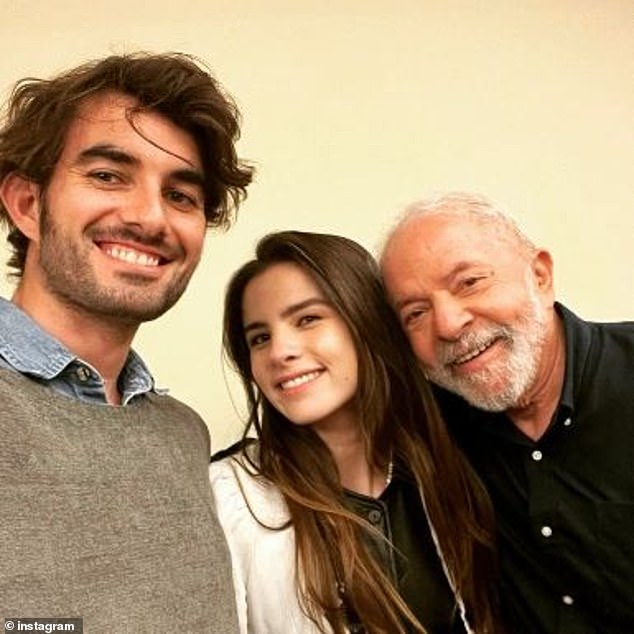 RFK with his girlfriend, Brazilian singer, Giulia B, who gushed over his time in Ukraine

In April, the Legion changed its rules and began accepting only those who did have combat experience.

Corporal Damien Magrou, the legion’s spokesman, said at the time: ‘We have realized that training people who don’t have that experience drains a lot of resources.

‘We’re grateful for the support, but people without combat experience are more of a burden than being of any help.’

Conor admitted that he ‘wasn’t a good shot’, but claims he was sent to the northeastern front.

‘Going in, I had no prior military experience and wasn’t a great shot, but I could carry heavy things and learned fast. I was also willing to die there.

‘So they soon agreed to send me to the northeastern front.

‘I liked being a soldier, more than I had expected. It is scary.

‘But life is simple, and the rewards for finding courage and doing good are substantial.’

It’s unclear why or when he returned to the US. He wrote cryptically: ‘My friends there know why I had to come home.’ 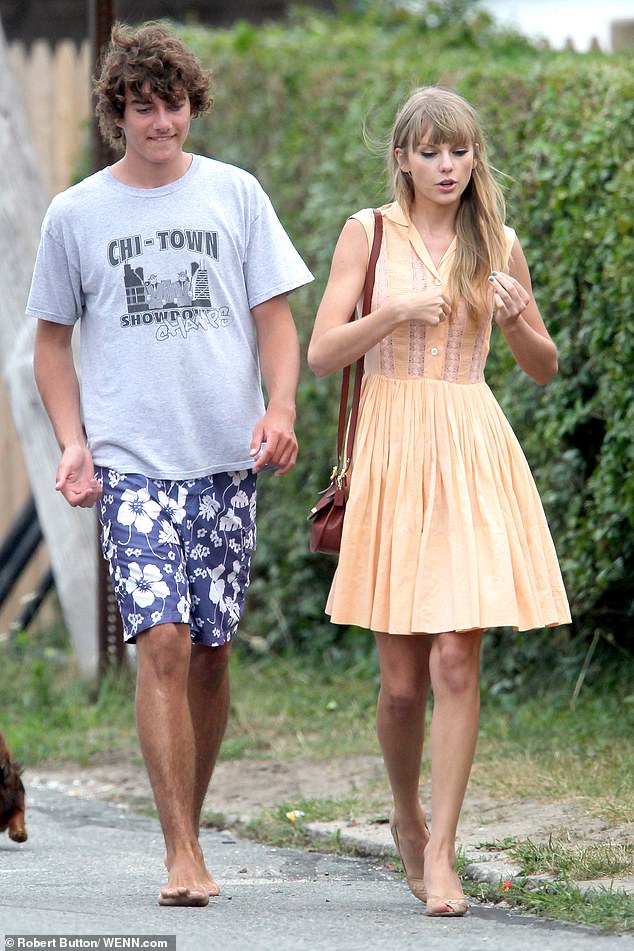 Conor Kennedy and Taylor Swift at the Kennedy compound in Hyannis Port, Massachusetts, in 2012 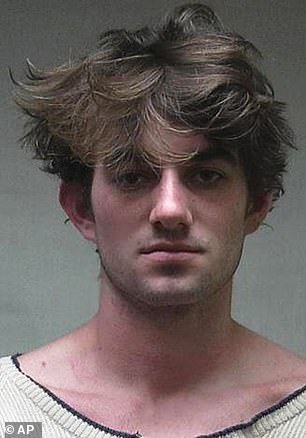 In 2016, Conor was arrested in Aspen for disorderly conduct

He also urged his followers to join the fight, saying: ‘This war will shape the fate of democracy in this century….

‘They can’t be asked to act alone.’

Conor’s parents are RFK Jr. and Mary Richardson Kennedy, who killed herself in 2012 in the family’s home in Bedford, New York.

His sister, Kyra, was among those to confirm the mission, writing beneath it: ‘I love you big brother.’

His girlfriend, Brazilian singer Giulia Be, also confirmed his time in the war.

‘You’re the bravest man I’ve ever known, my love… being away from you and worrying for all those months was incredibly hard, but we kept our faith all the way through, and I just want to tell you [once more] how proud I am.’

His father, Robert F. Kennedy Jr., has not yet commented.

He is a staunch opponent of COVID lockdowns and vaccine mandates, and has spent much of the last two years speaking out against them. 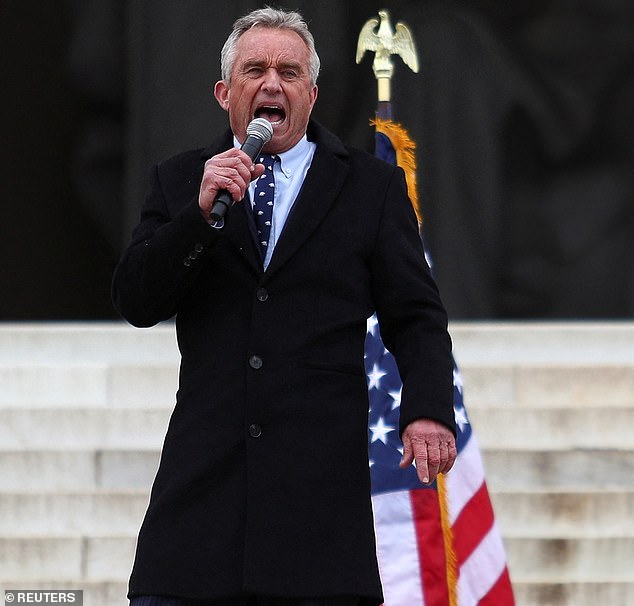 Conor’s father, Robert F. Kennedy Jr., pictured at an anti-lockdown rally in January.  He has not yet commented on his son’s time in Ukraine 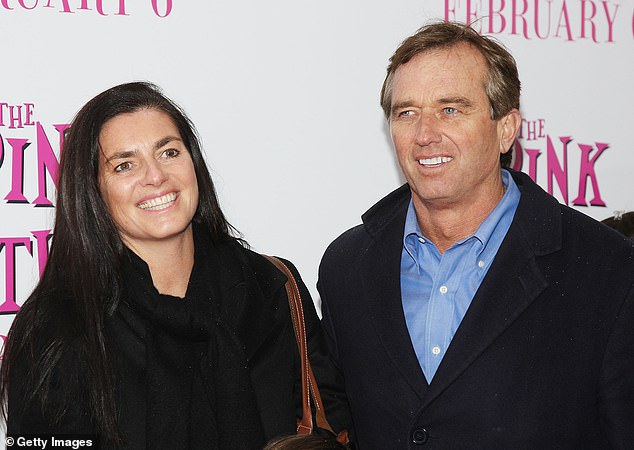