Kyiv: The Ukrainian Defence Ministry on Sunday ridiculed Moscow’s partial mobilisation to bolster its forces in Ukraine, posting on Twitter a mash-up of social media videos of Russian police beating and arresting men protesting the call-up. 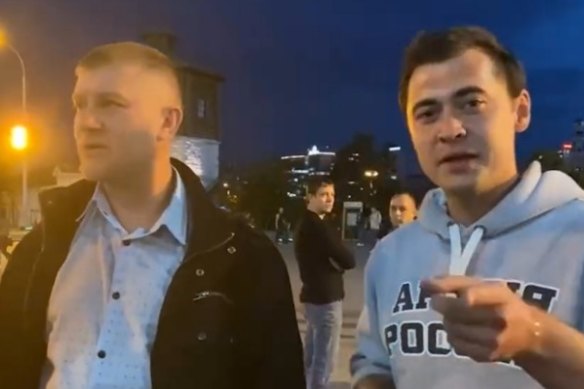 A Russian man speaks out about defending Russia in a video posted by Ukraine’s military.

“Russia still has remnants of a professional army” that the Ukrainian army “hasn’t yet destroyed,” the Ukrainian defence ministry said in an English-language tweet, referring to this month’s rout of Russian forces from much of the northeastern Kharkiv region. “Looks like we’ll be ‘de-mobilsing’ these Russians ahead of schedule.”

The mobilisation has prompted both sides to trade a fresh round of insults. In Moscow, Kremlin spokesman Dmitry Peskov told reporters on Friday that fake statements on social media were in part to blame for the reaction to the announcement.

“There is now no shortage of explanations and there are opportunities to ask questions,” Peskov said. “We have to look calmly, thoughtfully and objectively at the provocative, huge number of fake statements on social media and not give in to these provocative actions.”

Multiple reports have documented how people with no military service have been issued draft papers – contrary to Russian Defence Minister Sergei Shoigu’s guarantee that only those with special military skills or combat experience would be called up – prompting even ultra-loyal pro-Kremlin figures to publicly express concern.

Officials say 300,000 more Russians will be called up to serve in the mobilisation campaign.

Police clashed with people opposed to the mobilisation in the southern Russian region of Dagestan, underscoring the level of discontent with Putin’s decision to send hundreds of thousands more men to fight in Ukraine.