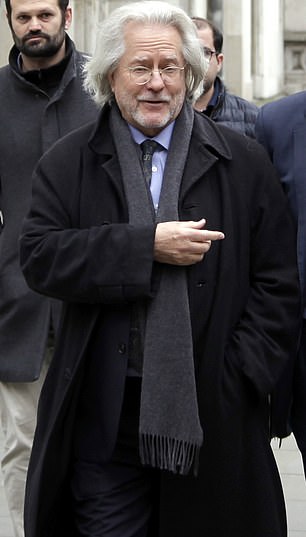 Professor Anthony Grayling CBE was ‘distressed and enraged’ after discovering a tweet by Peter North saying he kept hoards of vile videos.

Former Oxford don Grayling, who appeared on BBC’s This Week criticising a British exit from the European Union, has sued Mr North for libel.

Mr North has been described as ‘a prolific writer in support of the UK leaving the European Union’.

He failed to file a defence and, in a hearing at the High Court in London, Judge Richard Spearman QC awarded Professor Grayling £20,000 for the ‘particularly pernicious’ libel.

‘In my view, that’s a figure which should provide vindication for him,’ he said. ‘It must be clearly stated that there is no truth in the allegation against him.’

Professor Grayling – a Fellow of the Royal Society of Literature – has also been chairman of the Booker Prize panel and regularly contributes to debates on social and public policy.

He is one of the most vocal critics of Brexit and clashed over the subject with presenter Andrew Neil during an episode of This Week in June last year.

In one tweet he said that if Brexit was stopped, ‘it will have been a nasty, temporary hiccup, soon forgotten’.

Mr North, a pro-Brexit writer and founding member of The Leave Alliance, posted the comment on Twitter, where he had nearly 8,000 followers, in May last year and left it online for six days. 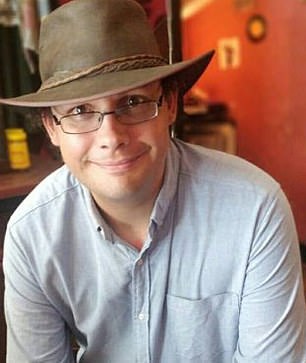 Prof Grayling was dumbstruck when he was alerted to Mr North’s tweet by other Twitter users, the High Court heard.

‘I was both appalled and astonished when I read what he had said about me,’ he said.

The baseless ‘allegation of paedophilia’ left him feeling ‘distressed, enraged and simply incredulous’.

What made it worse was that Professor Grayling regularly visits schools to talk to pupils about the study of humanities, the court heard.

His barrister, Richard Munden, said: ‘Allegations of paedophilia, including of possessing and storing child pornography, are undoubtedly some of the most serious allegations that can be levelled at anyone in the modern age.

‘The allegation is all the more damaging in respect of those who work with young people, and who regularly visit schools to talk to schoolchildren about their futures – as does Professor Grayling.’

Prof Grayling had felt the tweet was so insulting ‘he could not simply ignore it’. He explained after the court hearing that his case was partly driven by ‘a wish to put a marker down that social media should not be used in this incredibly irresponsible way’.

The judge made a permanent order barring Mr North from repeating the libel and directed he should pay Professor Grayling’s legal costs.

‘Mr North’s conduct was extraordinary from first to last,’ the judge added. ‘He certainly seems entirely unrepentant and has offered no apology.’