The cost of renting a home is rising in much of regional Victoria, as large swaths of Melbourne’s rental market suffers a simultaneous slump.

Regional locations now account for almost three-quarters of the top 20 Victorian suburbs in rental percentage increases over the past six months, according to one analysis of the latest rental data. 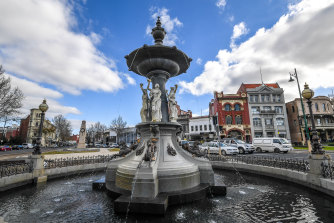 Bendigo is one of the regional areas where rent has increased in the past six months.Credit:Justin McManus

Real estate agents say demand for rental properties has risen sharply during the pandemic in places such as Warrnambool and Castlemaine.

There are now fears that the increased demand could push up the cost of living in regional areas, shutting people out of the private rental market.

The analysis, conducted by the Council to Homeless Persons using Victorian government data, showed that in the first half of 2020, rent increased by 9 per cent in Moe and 7 per cent in Bendigo East.

Weekly median rent rose by 3 per cent in Seymour, Benalla, Bendigo, Ballarat, Warrnambool and Castlemaine. Brighton East still topped the table with an 11 per cent increase in the six months to June. 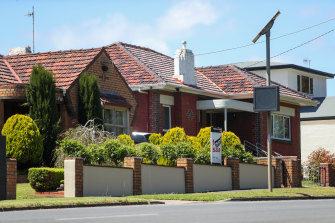 Council to Homeless Persons chief executive Jenny Smith said the analysis challenged the notion that the cost of renting a home had fallen across the state in line with the recent economic decline.

“It’s not the rhetoric we’ve seen painted at various points of this pandemic, which is rents are going down,” she said. “There are a lot of people considering existential issues that come with this crisis and saying ‘I’d like to get out of the rat race and move regional’.”

The state government has introduced a moratorium on rental evictions and landlords are temporarily banned from raising rents for existing tenants.

But Ms Smith said the competition for properties and rising prices in regional Victoria made it even more difficult for those trying to escape homelessness to secure a private tenancy.

Top 20 suburbs with largest rent increase in past six months

Ray White Warrnambool director Jess Densley estimated rent had risen by 15 per cent in the past year for his agency’s rental properties.

“We have not got one property that’s vacant on our books at the moment and we’ve got a pretty large portfolio,” he said.

Mr Densley said the Warrnambool rental market had been sitting idle for about 10 years until demand began growing about 18 months ago.

He said people who lost their jobs in Melbourne were being forced to look beyond the city for work. 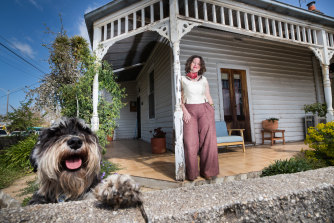 The Department of Health and Human Services’ rental report showed that Melbourne’s weekly median rent fell by 5.2 per cent in the June quarter, compared with a decline of just 0.6 per cent in regional Victoria. It is the greatest decrease in Melbourne since the series began in 1999.

Over a 10-year period, regional Victoria has also notched up some of the biggest rental increases, including 67 per cent in Seymour, 55 per cent in Benalla and 49 per cent in Castlemaine, the data showed.

Mandy Connell rents a house in Castlemaine for $260 a week but her lease is set to expire this year. Although she is covered by the moratorium, Ms Connell is looking for other rental properties.

“It’s an old house. It’s a little bit run down. You can see light through the kitchen wall,” she said.

The singer-songwriter is growing worried about whether she will be able to secure another tenancy in the area.

“I’ve applied for three places. I’m waiting to hear back.”

The Council to Homeless Persons analysis showed median weekly rent had risen by 49 per cent to $350 over a 10-year period in Castlemaine.

Michael Cantwell, director of Cantwell Property Castlemaine, said it had become increasingly competitive to find a rental property in the area.

“We have tenants ringing up in tears not being able to find somewhere to live,” he said.

Mr Cantwell said there was an early rush for rental properties when the pandemic began followed by a lull that lasted about eight weeks. Demand is now strong again.

“People move here to improve their lifestyle which often means working less. If all the costs of living go up people won’t have that benefit.”