Wellington: Jacinda Ardern bid an emotional farewell on her last day as prime minister on Tuesday, speaking of the kindness and empathy New Zealanders have shown her, but said she was ready to be a sister and a mother.

Days after stunning the world by announcing she had “no more in the tank” to lead the country and would step down, the 42-year-old arrived at a gathering of politicians and Maori elders in the small town of Ratana, north of the capital Wellington, and was instantly surrounded by supporters seeking photographs. 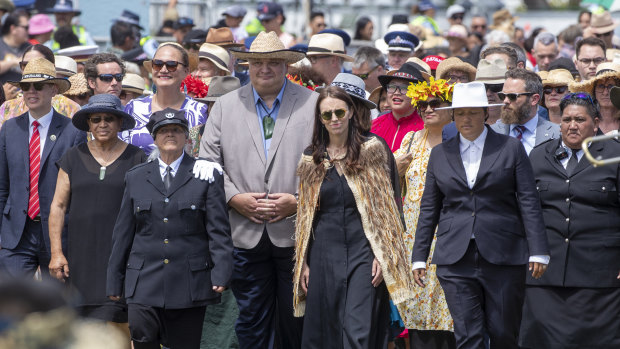 “Thank you from the bottom of my heart for the greatest privilege of my life,” Ardern told the gathering.

She will be replaced by the new Labour party leader, Chris Hipkins on Wednesday.

Before Hipkins becomes prime minister, Ardern will tender her resignation to King Charles’ representative in New Zealand, Governor General Cindy Kiro. Kiro will then appoint Hipkins to the role and he will be sworn in.

Ardern, along with Hipkins and opposition politicians, were making an annual visit to Ratana, where a week-long celebration is held for the birth of Maori prophet Tahupotiki Wiremu Ratana. 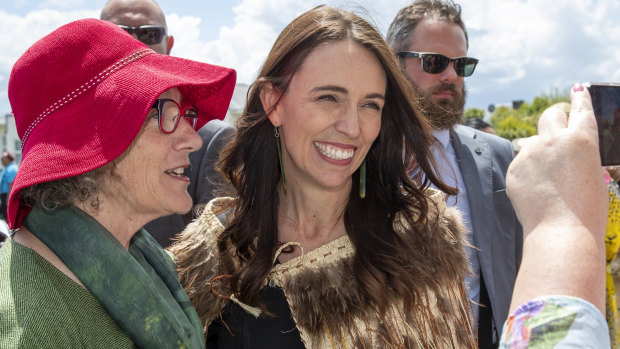 New Zealand Prime Minister Jacinda Ardern, centre, has a photo taken as she arrives at Ratana on Tuesday.Credit:New Zealand Herald/AP

Wearing a black dress with her shoulders covered in a traditional Maori cloak, called korowai, she led members of her party onto the community grounds as a brass band played. The speeches and accompanying songs and dances that followed saw elders speak with humour and warmth about Ardern.

“Thanks so much for teaching us to love quickly,” one elder told Ardern.

Ardern responded, saying she that hadn’t planned to speak but that those there refused to give her an out. 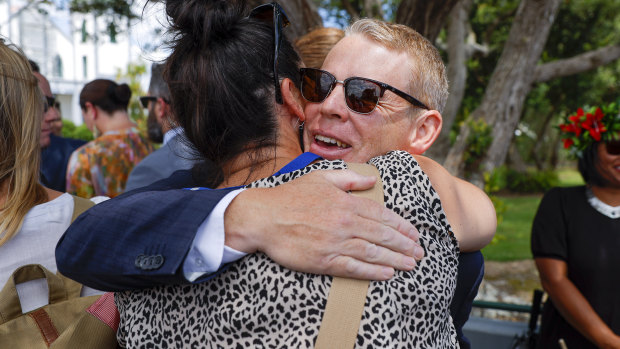 The left-leaning global icon gained attention for bringing her baby to a United Nations meeting and wearing a hijab after a massacre targeting Muslims. Although she became a target for hate and online abuse by right-wing extremists on social media, she said she was leaving the job with love in her heart.

“I want you to know I leave with a greater love and affection for Aotearoa New Zealand and its people than when I started.”

Before heading onto the grounds, Ardern faced the media for possibly the last time as prime minister, smiling broadly and declining to answer political questions, saying they were now the responsibility of her successor.

Her daughter Neve is four years old and starts school in June.

Hipkins, the country’s former COVID minister, was the only person nominated to take over as Labour Party leader. He was first elected to parliament in 2008.