RAF typhoon jets have scrambled to escort a Ryanair jet from Krakow for an emergency landing at London Stansted.

The plane was under military escort amid reports of a loss of contact with the pilot, an airport spokeswoman has confirmed. 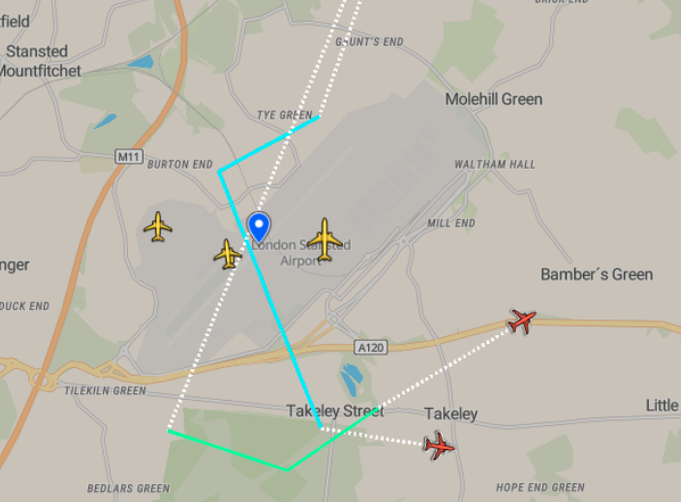 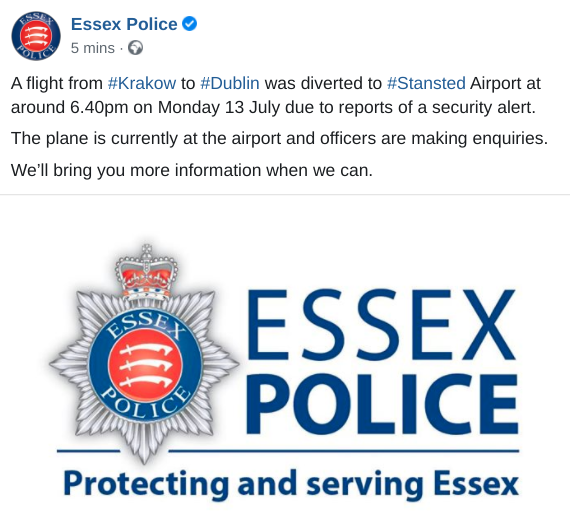 Fighter aircraft were scrambled from Coningsby shortly before 6.30pm to help the 737-800 aircraft.

A spokeswoman for Stansted Airport confirmed that a plane has been diverted tonight.

She told the Sun Online that Essex police are in attendance, and dealing with the incident.

The spokeswoman added that it was a Ryanair flight and that "everybody is safe onboard.

"Just the police are in attendance. The plane was diverted to the airport during a flight from Krakow to Dublin."

The aircraft remains at Stansted, which is a designated airfield for these emergency situations.

The flight was escorted by Typhoon jets – which can fly at 500mph – from the coast.

Sky News Defence correspondent Alistair Bunkall said on Twitter at 7.30pm that that "Ryanair flight is on the ground now and Typhoons heading back to Lincs".

Essex Police said on Facebook: "A flight from Krakow to Dublin was diverted to Stansted Airport at around 6.40pm on Monday 13 July due to reports of a security alert.

"The plane is currently at the airport and officers are making enquiries.

"We’ll bring you more information when we can."