The chimes that mark Radio 4’s 6pm news this Christmas Eve could sound a little different to the show’s regular listeners.

Big Ben usually opens the BBC’s evening news slot but its bongs continue to be silent while construction continues.

This year the bells of Rochdale Town Hall will ring instead of the in Parliament’s Elizabeth Tower, The Sunday Telegraph reports. 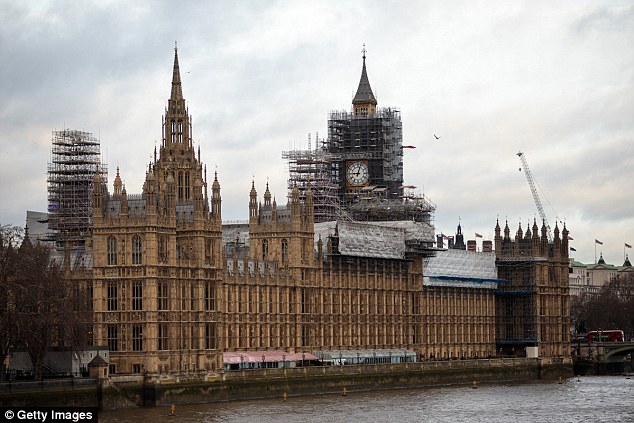 Big Ben, the bell inside Elizabeth Tower (pictured) will be silent for about four years as part of the refurbishment 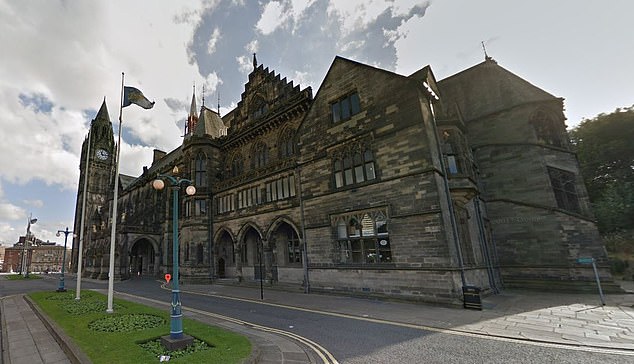 The capital’s iconic bongs are only being used for national occasions and have been largely silent for more than a year.

Since the four-year renovation project began, the broadcaster has used a recording of Big Ben’s chimes for the 6pm and midnight news.

The Greater Manchester bells were selected in part because it uses the same ‘Westminster chime’ as Big Ben.

The BBC’s director general, Lord Hall of Birkenhead, has now announced that he has agreed the broadcast.

In a letter seen by the paper, he said that he was ‘delighted’ to reveal that the Rochdale bells will be used on December 24. 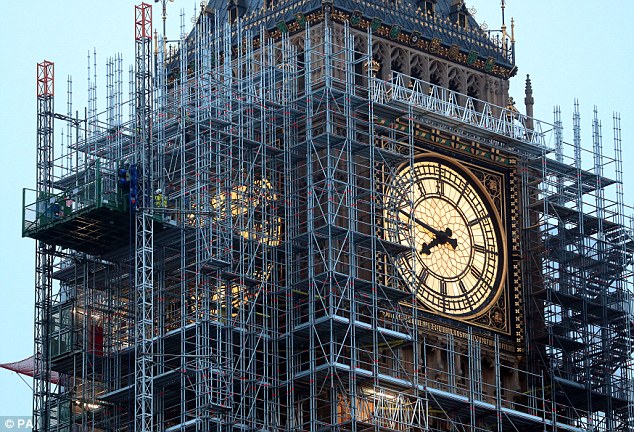 Mr Berry says he applauds the decision of the broadcast to ‘move from its pre-recorded London centrism’ and said that the northern town’s bells were just as worthy as the capital’s.

Ian Duckworth, the 70-year-old former Tory mayor of Rochdale, has been campaigning for years for a greater appreciation.

He welcomed the ‘brilliant news’ and said he will toast the festive chimes with his wife over a glass of champagne.

In August 2017 Parliament announced that Westminster’s chimes would be silenced for four years as repairs are made to the 158-year-old clock.

The 13-ton bell was put out of action to protect the hearing of construction workers at the site.

The £61million project included the dismantling of the Great Clock and the removal of its parts to be examined and repaired.

Its four dials are set to be cleaned as the glass is also repaired and its hands removed and refurbished.