Queen’s big Jubilee thank you to Britain: Royal Family will fan out across UK to join in with celebrating communities as countries come together to mark historic occasion

Her own travels may be limited.

But the Queen is determined to thank every corner of the United Kingdom for its support over the 70 years of her reign.

Members of the Royal Family will travel to Wales, Scotland and Northern Ireland over the extended Bank Holiday weekend, with the main Platinum Jubilee celebrations taking place in London.

On Saturday the Duke and Duchess of Cambridge will attend rehearsals for a special concert at Cardiff Castle, meeting acts including Bonnie Tyler and the Wales Youth Choir for Good.

They will also view the technical production underpinning the show, including lighting, sound and visual effects, before helping with some of the final preparations for the concert.

Hosted by Aled Jones and Shan Cothi, the concert at Cardiff Castle will feature live performances from some of Wales’ best known singers and entertainers, alongside choirs, bands and orchestras.

Large screens in the castle grounds will also allow concert-goers to watch the Platinum Party at the Palace taking place in London later in the evening. 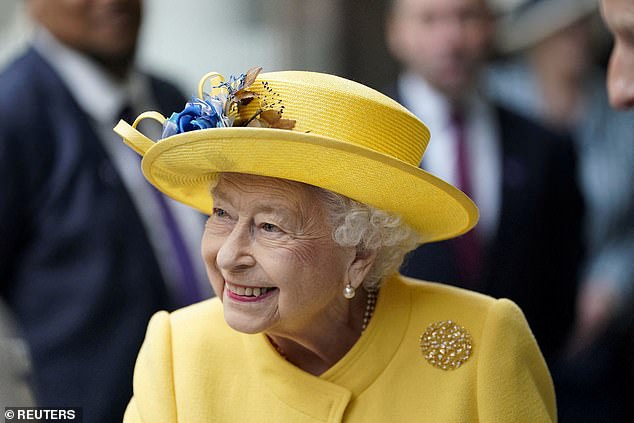 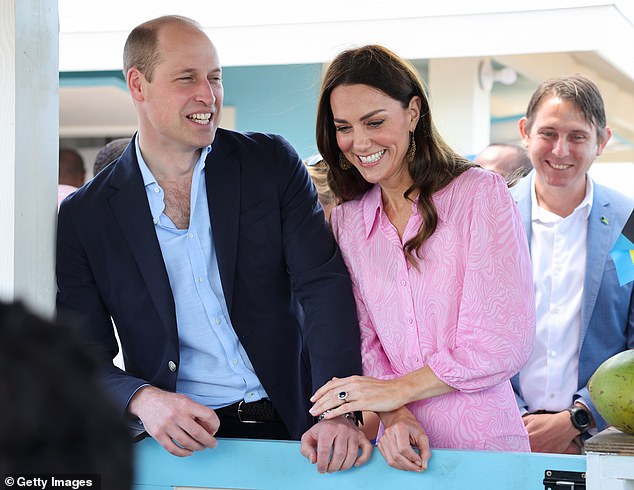 Meanwhile, the Earl and Countess of Wessex will carry out two engagements in Northern Ireland, where they will join members of the public as they celebrate the Queen’s reign and the stories of their local communities over the last 70 years.

Edward and Sophie will meet children taking part in street performances, join in with arts and crafts sessions, and speak to those who are sharing their personal memories of meeting the monarch.

The couple will start by visit- ing Edinburgh Zoo, where they will join children for an animal handling session in the Rainforest Room, before a visit to the penguin enclosure.

Anne will then visit HMS Albion, where she will inspect a Guard of Honour before arriving on board the ship.

On the flight deck, the princess will meet representatives of the Queen’s patronages from across Scotland as well as members of the ship’s company, before cutting a commemorative cake. 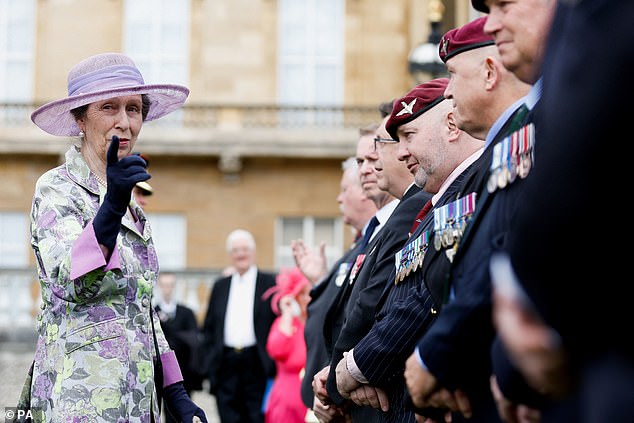 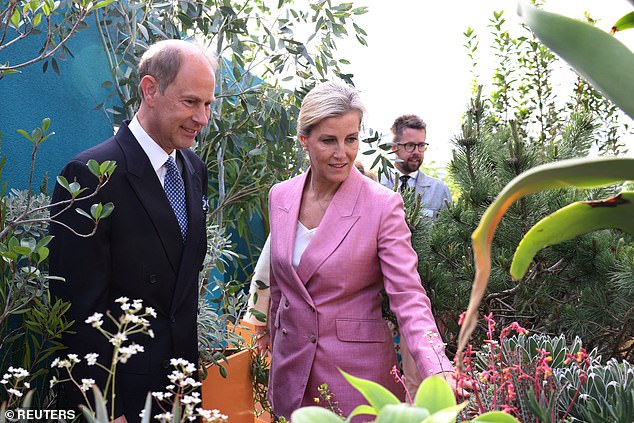 Prince Edward, Earl of Wessex and Sophie, Countess of Wessex (pictured at the Chelsea Flower Show on May 23) will carry out two engagements in Northern Ireland

All members of the Royal Family are expected to attend as many of the official celebrations in the capital as possible.

But there was disappointment yesterday when the Archbishop of Canterbury revealed that he had been forced to pull out of Friday’s Service of Thanksgiving at St Paul’s Cathedral after contracting Covid and ‘mild pneumonia’.

Justin Welby said: ‘I am deeply saddened to be missing the historic celebration of Her Majesty’s.

‘I will be praying for The Queen and for us all.

‘As we prepare to celebrate the first platinum jubilee in our nation’s history, may God save the Queen, and bless her with the knowledge of our profound love and gratitude for her service to us all.’

The Archbishop of York, the Most Reverend Stephen Cottrell, will preach the sermon at the St Paul’s service instead.

The Queen, 96, is expected to attend the service despite her mobility problems but Buckingham Palace say they will confirm her attendance on the day.