Vladimir Putin’s alleged mistress has resurfaced in Moscow after speculation that she had been hiding out in Switzerland.

Alina Kabaeva, one of Russia’s most revered gymnasts and long rumoured to be the partner of the 69-year-old president, was photographed on Thursday for the first time since the Russian invasion of Ukraine. 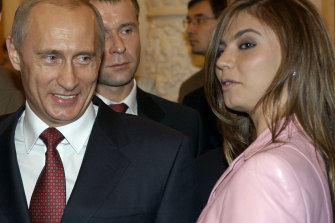 The 38-year-old Olympic medallist stopped by a rehearsal at Moscow’s VTB Arena ahead of the Alina festival, her annual charity event on Saturday.

Photographs of Kabaeva were posted by Ekaterina Sirotina, a well-known rhythmic gymnastics choreographer, who thanked the former champion for a “very special creative atmosphere at the event”.

Kabaeva has not addressed persistent rumours about marriage or pregnancy, and unlike other Russian celebrities, she is never photographed in public.

Putin and his former wife Lyudmila, who have two children, divorced in 2014.

Magazines in Russia dissected Kabaeva’s appearance after the picture emerged, commenting on her $1200 sneakers and speculating about plastic surgery. 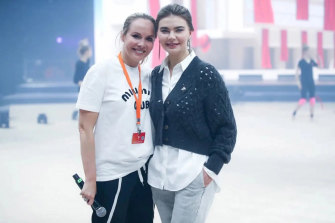 A popular Russian instant messaging service suggested Kabaeva had received Botox and filler treatments similar to those of Putin. 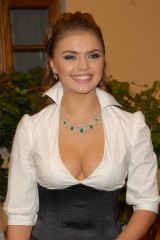 In 2016, Russia’s TV Rain reported that a childhood friend of Putin and his long-time associate both transferred the ownership of three luxurious apartments in Moscow and St Petersburg’s high-end neighbourhoods to Kabaeva’s elderly grandmother.

Despite having no experience in journalism or management, the gymnast has served as chairman of the board of National Media Group, a media empire owned by a friend of Putin, since 2014. Alexei Navalny, Russia’s jailed opposition leader, has described NMG as an asset that “undoubtedly belongs to Putin personally”.

Kabaeva’s name disappeared from NMG’s website earlier this month after fears that the company might face Western sanctions escalated.

She recorded an interview for state Russian TV last year, commenting on the gymnastics competition at the Tokyo Games while wearing a wedding ring. Hours later, the gymnast recorded another video without the ring after social media was swirling with comments about her rumoured husband.