PRUE LEITH: During the war you could go to jail for wasting food. It was a crime then – and still is now

Waste not, want not! That was the tedious mantra of my parents. I was born during the Second World War and one of my earliest memories is of mother’s stricken face as the precious weekly egg ration – five for a family of five – smashed on the hall’s tiled floor.

My elder brother had been trusted to carry them home, but one of them must have been cracked and sogged up the bottom of the paper bag, which gave way, obliterating our weekly treat of a single boiled egg for Sunday supper.

We scooped them up and ate them anyway. Scrambled. To waste them would have been a sin. Besides, it was illegal. You could go to jail for wasting food in the war. 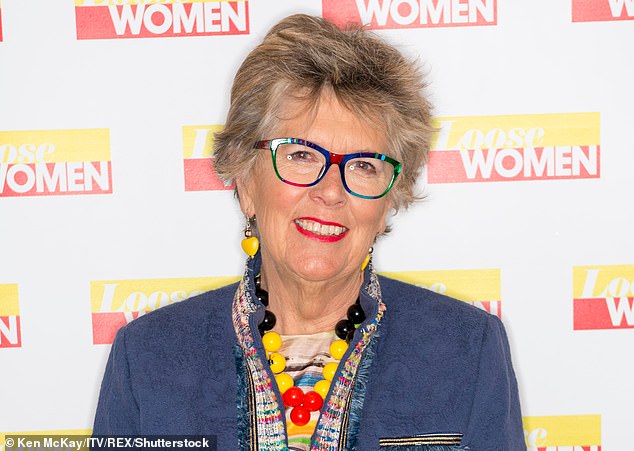 I was born during the Second World War and one of my earliest memories is of mother’s stricken face as the precious weekly egg ration – five for a family of five – smashed on the hall’s tiled floor, writes Prue Leith (pictured above)

Fourteen years of rationing engendered habits that faded slowly, with each generation less inclined to save, and more inclined to waste. Today, the world wastes a third of the food it produces, with the UK about halfway down the league table, according to the UN.

Some of that waste is caused by over-production on farms, mistakes in labelling, faults in manufacture, and returns in the wholesale or retail chains (most notably rejection by supermarkets if their specifications as to size, uniformity and colour are not met).

Some of this wholesale waste is unavoidable, and there is comfort in that more and more of it is being given to charities feeding people in need, recycled into animal food or compost, or used as bio-fuel.

The major problem is undoubtedly us. We, the domestic users, are responsible for 70 per cent of the nation’s food waste. Altogether, we chuck away about 18 per cent of the food we buy, 85 per cent of it perishable and 70 per cent still edible. The average UK family wastes £730 a year on uneaten food. Meanwhile, nearly eight million people don’t get enough to eat, according to a recent government study.

You’d think it would be easy to get our surplus food to people who need it. But it’s not. Fareshare, which distributes unwanted items to food banks and charities, can accept it only from wholesalers or retailers. It has to be in date and, if perishable, it must have been kept and transported under refrigeration.

You and I cannot rock up at a Salvation Army kitchen with surplus food from a cancelled party. As much as they’d love half a cooked ham or bowl of potato salad, they are not allowed to accept it. 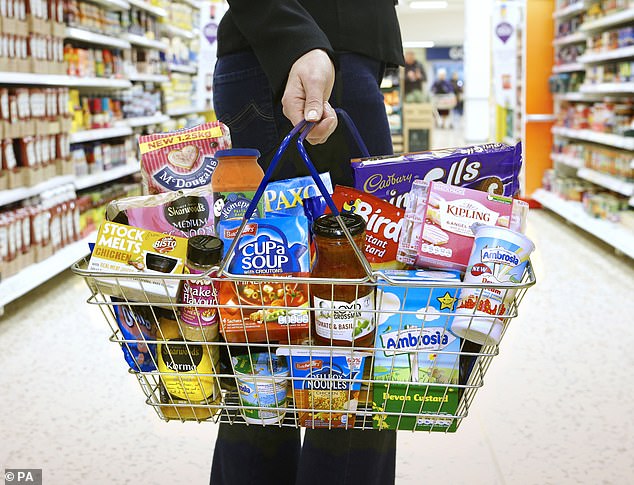 Altogether, we chuck away about 18 per cent of the food we buy, 85 per cent of it perishable and 70 per cent still edible (file photo) 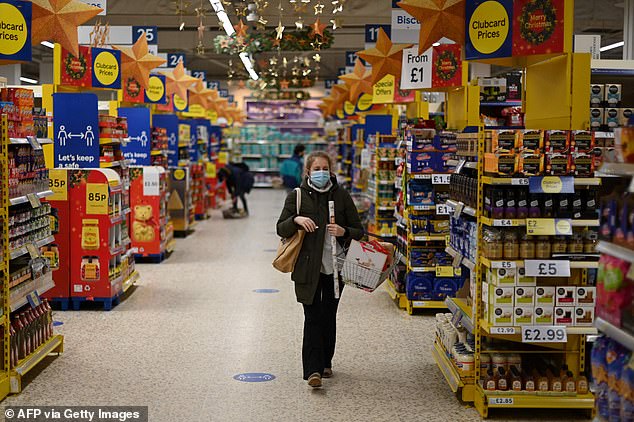 The answer, of course, is for us not to create the waste in the first place: to think about how many people we’ll be cooking for, and how often, and buy only for those meals (file photo)

And it’s obviously impractical to give away the product of over-buying on the weekly shop. So heaps of it go to landfill or get burned along with our general rubbish, with the consequent cost in money, energy and carbon footprint.

The answer, of course, is for us not to create the waste in the first place: to think about how many people we’ll be cooking for, and how often, and buy only for those meals. And to resist the supermarket’s siren call to pop a bit more into the shopping trolley.

I have a husband who loves to shop and his motto is ‘Nothing in moderation’. I’ve now taken to specific shopping-list demands: one small melon; 1 lb new potatoes; four apples. It doesn’t always work. One day he came back from the farmers’ market with three huge cabbages.

Admittedly one was red, one Savoy and one that hard coleslaw type. But how much cabbage can two people eat? The freezer is now stuffed with cabbage soup and cooked red cabbage and we have a massive jar of sauerkraut which I enjoyed making but I don’t think we’ll ever eat.

Refrigeration is a boon and it should mean we waste less food because the colder it’s kept, the longer it lasts. But how many of us have any space in the freezer? I bet yours, like mine, is stuffed to the gunwales, and some of the things have been in there for months. 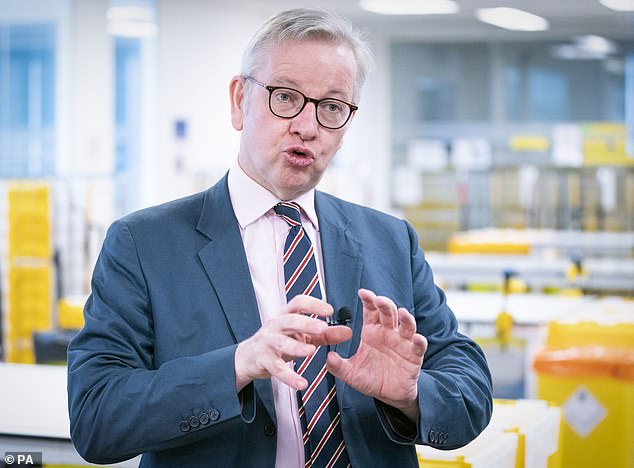 In his Environment Secretary days, Michael Gove (pictured above) set in train some great ideas, but what happened to the plan to prevent manufacturers slapping ‘best before’ and ‘use by’ dates on everything?, writes Prue

The first time I went to the Far East, I was astonished at the tiny amounts of fresh food housewives would buy in the market – just a handful each of beanshoots, mushrooms, leeks, seafood. Because the extreme heat would have food going off quickly, they shopped every day. And the food would be stir-fried in a blazing wok, and all eaten up! So no leftovers and no chance of food poisoning. But in the affluent West, we can store it, so we do, until it reaches its use-by date, when we bin it.

When I was in my 30s, I used to do the market run for my restaurant with the famous chef Albert Roux. I’d meet him at his Gavroche restaurant, then in Lower Sloane Street, and he’d be checking his supplies before we set off for the veg, meat and fish markets. His cold room was almost bare. He took pride in never buying too much. He’d rather sell out than have ingredients that had been around too long.

We all need to do our bit, and that includes the Government. In his Environment Secretary days, Michael Gove set in train some great ideas, but what happened to the plan to prevent manufacturers slapping ‘best before’ and ‘use by’ dates on everything? I doubt it saves much food poisoning. It certainly creates anxiety and results in a lot of perfectly good food being binned.

Worryingly, as The Mail on Sunday reveals today, although food waste decreased during lockdown, it now appears to be rising again.

So I’m delighted this newspaper is campaigning hard on the issue. Let’s hope it’s the start of a nationwide effort to reduce the 100kg per head of good food we throw away a year. That’s enough food to feed every single person in the UK, three meals a day for seven weeks. It’s crazy. And it has to stop.