Father-of-two property tycoon, 56, who infuriated neighbours with 4am Ibiza-style house parties at his £3.5m Chelsea mansion is given £7,500 on-the-spot fine 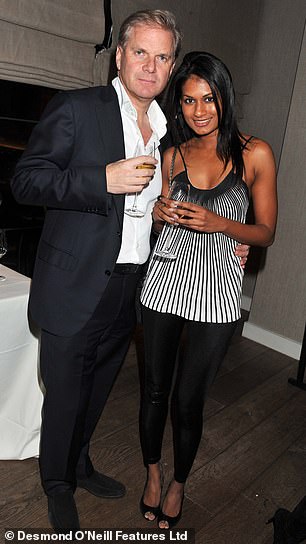 Giles Mackay, pictured with a friend, sold his firm for £120million

A property tycoon who infuriated neighbours with years of all-night Ibiza-style house parties was finally hauled to court – and agreed to pay a £7,500 fine on the spot.

Giles Mackay, 56, was accused of having a ‘total disregard’ for those living near his £3.5million Chelsea mansion.

The multi-millionaire repeatedly declined to meet council officials over the ‘ongoing issue’ of noise. The father of two was eventually forced to court after one party prompted neighbours to call police, who could hear the music from a patrol car 30 yards away.

Mackay admitted breaching a noise abatement order at City of London Magistrates’ Court, despite employing sound engineers to keep the volume down.

The divorcee became notorious for hosting parties with his on-off girlfriend, Siberian socialite Khristina Sysoeva, 37, after splitting from wife Caroline.

Neighbours said Mackay had held ‘countless’ parties with speakers blasting house music from a roof terrace and his garden. One local resident said the din sounded like Mackay had ‘just come back from a club in Ibiza’, adding: ‘It often starts at 3am or 4am and goes on for hours.’

A noise abatement order was imposed in 2015 after a particularly noisy evening – although Mackay was in Italy at the time. 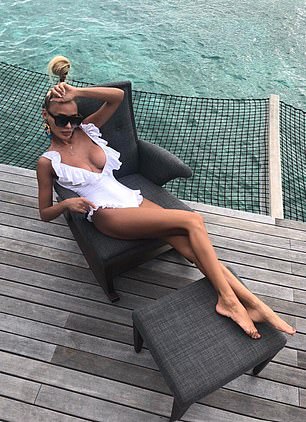 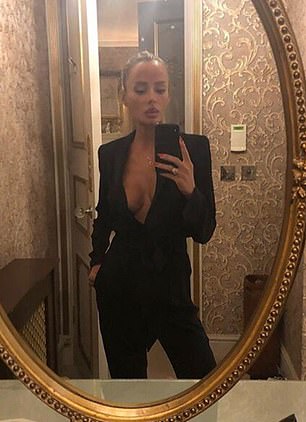 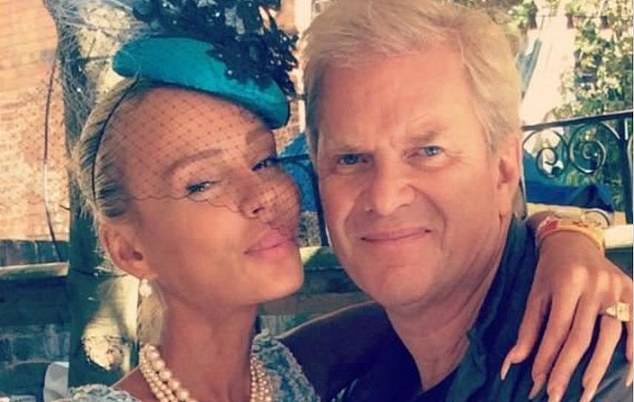 Mackay, pictured with Ms Sysoeva, has advised a number House of Commons inquiries and sold his firm Hometrack, which analyses the property market, for £120million last year

The incident came shortly after Mackay failed in a bid to hold his divorce hearing in private. Mrs Mackay accused him of not revealing his full wealth following the breakdown of their marriage.

The entrepreneur has advised a number House of Commons inquiries and sold his firm Hometrack, which analyses the property market, for £120million last year.

In 2012 he was branded ‘combative, bullying and aggressive’ by a judge who ordered him to pay £2.3million in damages for unpaid work after a protracted dispute over work to his mansion. He told one contractor his home could ‘fit into my dining room’.

His latest courtroom involvement before the noise row came in September, when he appeared as a witness after being hit in the face by a hedge fund boss during a row at a members-only club near his home. 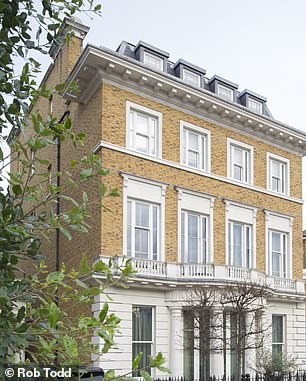 Mackay’s neighbours called the police last October after another raucous event at his property. Prosecutor Sophie Stannard said: ‘Officers heard heavy bass music within their car, with the windows up and the engine running from 30 metres away.’

Mackay, a former law student who represented himself, claimed the noise of people speaking was louder than the music. He said: ‘There was indeed a party on that date, it was a well-organised party. I invested in some professional sound engineers to monitor the noise. It would only have been 35 decibels in the nearest neighbouring house. The level we are speaking now would be about 85 decibels.’

Of the 2015 incident, he said: ‘I was in Naples at the time … the party in October 2017 was clearly in breach of a notice that I don’t believe should have been there in the first place. If I interrupted the quiet enjoyment of my neighbours, I’m sorry for that.’

District Judge Mike Snow said: ‘I have to take into account your means when fining you. How much do you take home a month?’ Mackay said: ‘About £20,000 plus dividends but I don’t receive a salary from anybody.’ He was fined a total of £7,420.

Kensington and Chelsea Council noise manager Keith Mehaffy said: ‘This was a systemic problem and he clearly has a total disregard for his neighbours.’ Councillor David Lindsay added: ‘We invited him in several times. He ignored us and in the end we had no choice but to take him to court.’