Pro-Brexit firefighter sacked from his union for backing Leave wins £8,300 payout after bosses launched ‘witch hunt’ to get rid of him

A pro-Brexit firefighter who was sacked from his union for backing Leave has won an £8,300 payout after his bosses launched a ‘witch hunt’ to get rid of him.

Paul Embery spoke out at a rally in 2019 calling for Brexit to be fully implemented, even if it meant leaving the EU without a deal.

He was then branded a ‘disgrace to the traditions of the labour movement’ by the general secretary of the Fire Brigade Union, Matt Wrack.

Mr Embery was suspended for allegedly criticising the Remain-supporting union’s position on the issue and fired from his post following what an employment tribunal has now concluded was a ‘witch hunt’. 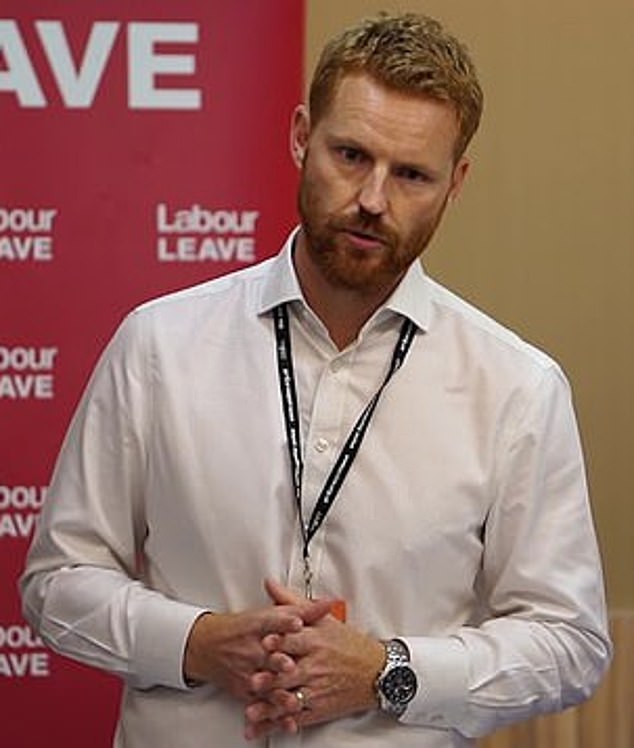 Paul Embery (pictured) spoke out at a rally in 2019 calling for Brexit to be fully implemented, even if it meant leaving the EU without a deal 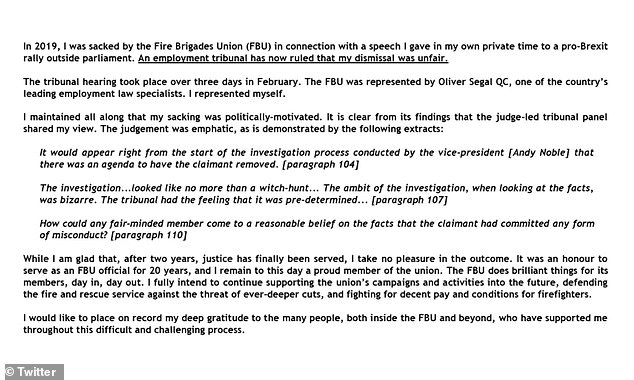 In a statement shared to Twitter, Paul Embery said the tribunal ruled in his favour and agreed that he was a victim of a ‘witch-hunt’

The panel found that there was an ‘agenda’ to have Mr Embery – now a presenter on GB News – removed and ordered the FBU to pay him £8,308 in compensation for unfair dismissal.

The hearing in Norwich was told he was employed by the London Fire Brigade on November 24, 1997, and was elected as the Regional Official for FBU in 2008.

The tribunal was told he had been outspoken about his views on Brexit for many years, and his employers were well informed that he spoke about the issue at events.

The hearing was told he was in favour of leaving the European Union because he believed in national independence.

This was known to his employers, as he was the National Organiser for Trade Unions Against the EU.

Following the Conservative Government’s announcement in 2015 that a Brexit Referendum would be held, Mr Embery did several media interviews and wrote articles about the topic.

The tribunal heard that although the FBU supported Remain, it was committed to allowing members to express different political views. 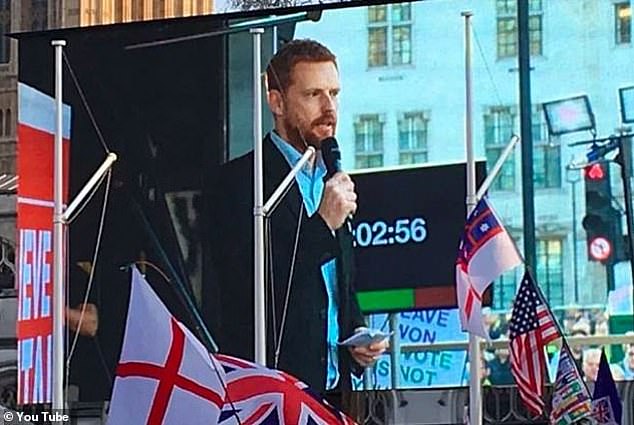 Hours before his speech at the Leave Means Leave rally (pictured), FBU’s Ian Murray told him that to speak alongside Mr Farage would be a breach of union rules

In September 2016 – three months after the referendum – Mr Embery emailed Mr Wrack to inform him that he was to speak at the Labour Party Conference on ‘Why Brexit must mean Brexit’.

The hearing was told General Secretary thanked him for letting him know and said he was looking forward to seeing him at the conference.

The tribunal heard President of the FBU Ian Murray called Mr Embery and told him to make it clear he wasn’t representing the Union at the event, which he did.

In January 2019, the hearing was told ‘feelings were running high’ between Mr Wrack and Mr Embery disagreed over Brexit. 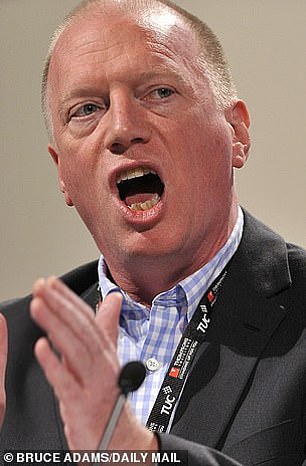 A few months later, Mr Embery was invited to speak at the Leave Means Leave rally in Parliament Square, which Mr Murray advised him against because it might breach a policy which banned FBU officials from campaigning jointly with political opponents in the Referendum.

Mr Embery thought that since the Referendum was over, this didn’t apply and spoke at the event regardless.

At the rally he called for Britain to move on following the Referendum and, if necessary, have a ‘No Deal’ Brexit.

Following his appearance he was suspended by the union and following an investigation was banned from holding office for two years.

The tribunal – chaired by Employment Judge Robin Postle – ruled that this amounted to unfair dismissal as the policy he was supposed to have breached could no longer be in force three years after the Referendum.

‘That clearly is nonsense because the Referendum had decided to leave Europe,’ it said. ‘(The investigation) looked like no more than a witch hunt, a fishing exercise.

‘The Tribunal had the feeling that (the investigation) was pre-determined given the animosity between the Union hierarchy and (Mr Embery).

‘Again, when one looks at the transcript of what (he) said at the meeting, he does not criticise the FBU…

‘What he does do is advocate that following the Referendum, one should move on and, if necessary, have a ‘No Deal’ Brexit.

‘For that, (Mr Embery) was effectively dismissed. Where is the gross misconduct? How could any fair-minded member come to a reasonable belief on the facts that the claimant had committed any form of misconduct?’