London: Prince William has cited his grandmother as he urged people to remain resolute about tackling climate change, saying it was an objective the Queen would have wanted.

In his first official engagement since the burial of Queen Elizabeth II at Windsor Castle on Monday, the Prince of Wales conceded the fight against climate change wasn’t an easy one.

His appeal came despite soaring energy bills and food prices, caused in part by Russia’s war in Ukraine. 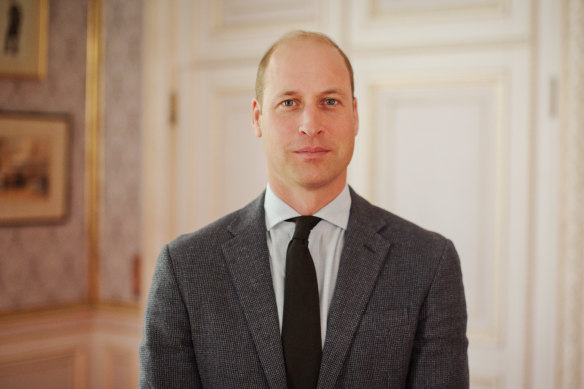 William, the Prince of Wales addresses the Earthshot Innovation Prize summit via videolink from the UK.Credit:The Earthshot Prize/Bloomberg Philanthropies

William was speaking to the Earthshot Prize Innovation Summit, virtually rather than in person, due to the death of the Queen, which stopped Britain in its tracks as the nation went into seven days of official mourning.

The royal family remains in mourning for a further seven days, although the public mourning ended with the Queen’s funeral and burial on Monday.

He said it was in the “saddest of circumstances” that he had to make his speech remotely, rather than physically in New York.

“Protecting the environment was a cause close to my grandmother’s heart, but I know she would have been delighted to hear about this event,” he said.

He said the Earthshot mission, “to repair, restore and rejuvenate our planet within this current decade” was not simple, particularly in light of the global geopolitical uncertainties.

“I know that the world is an uncertain place right now,” he said.

“Many families and communities across the globe are facing unimaginable challenges – from conflict to energy crises and food shortages.

“While addressing these in the short term, we must also remain resolutely focused on tackling the greatest challenges that threaten our tomorrow.

“Because if we don’t, the changing climate will only serve to entrench these immediate challenges into fundamental global issues, severely impacting the lives of each and every one of us.”

And he singled out Kennedy’s daughter, Caroline Kennedy, who is the US ambassador to Australia, for praise, describing her father as an inspiration.

“As the moonshot [speech] inspired a great decade of technological transformation, our Earthshot decade must inspire action, creativity and collaboration around the globe,” William said.

“Together, we need to ensure the transition to sustainable solutions is the fastest and most endemic change the world has ever known.”

William’s timely and topical speech shows he is taking up the mantle left by his father, who said that – as King – he would no longer have the time and energy to devote to the issues he cares so passionately about.

That was a reference to his often-criticised interventions, which critics have said constitute political interference and even meddling.

However, before her death, the Queen said she was proud of her son and grandson for their environmental advocacy. A whole section of her Platinum Jubilee concert in June was devoted to climate change, featuring both Charles and William.

Charles was reported to have decided to make his first state visit as King to neighbouring France – rather than to a Commonwealth country – after he “bonded” with French President Emmanuel Macron over environmental issues.

The surprise move comes just weeks after British Prime Minister Liz Truss said the jury was out on whether Macron was a “friend or foe” of the UK.