President Donald Trump has reacted to the Texas Walmart mass shooting, calling it ‘terrible’ and saying that the ‘reports are very bad.’

‘Working with State and Local authorities, and Law Enforcement. Spoke to Governor to pledge total support of Federal Government. God be with you all!’

One victim has been confirmed dead, but it’s believed that up to 21 people were killed during the shooting inside a Walmart at the Cielo Vista Mall in El Paso, Texas, early Saturday afternoon.

Injuries sustained during the shooting range from severe to non-life threatening.

Police have one shooter in custody – a 21-year-old white male.

Reports on social media indicate that a manifesto written by the alleged shooter has been making the rounds on various web sites. 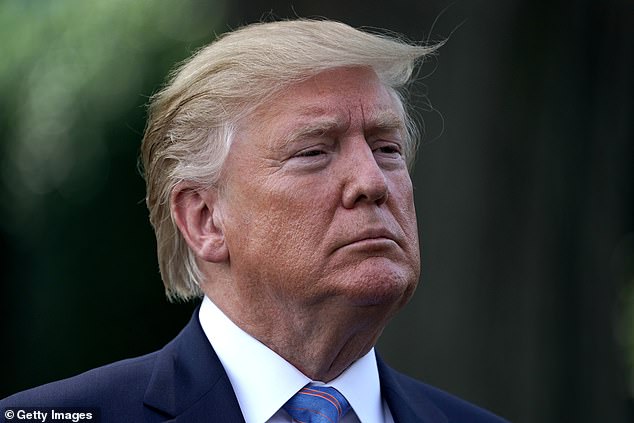 Residents are being directed to stay away from the mall area as the scene is still considered active.

In the wake of the shooting, the White House said President Trump had been briefed on the shooting and had spoken to Attorney General William Barr.

The Bureau of Alcohol, Tobacco, Firearms, and Explosives announced that it has dispatched federal agents to the scene to assist local law enforcement.

Walmart issued a statement on its Twitter account which read: ‘We’re in shock over the tragic events at Cielo Vista Mall in El Paso, where store 2201 & club 6502 are located.

‘We’re praying for the victims, the community & our associates, as well as the first responders.

‘We’re working closely with law enforcement & will update as appropriate.’

El Paso, which has about 680,000 residents, is in West Texas sits across the border from Juarez, Mexico.

June 1, 2020, Comments Off on Nicki Minaj Furious All 4 Police Officers Not Charged In George Floyd’s Murder: ‘They’re ALL Responsible’

June 1, 2020, Comments Off on What It’s Like Being A Volunteer Medic At The George Floyd Protests
We and our partners use cookies on this site to improve our service, perform analytics, personalize advertising, measure advertising performance, and remember website preferences.Ok