Suited (but not booted!) Gardener’s World presenter Monty Don lands OBE for services to horticulture… and Prince Charles is a fan 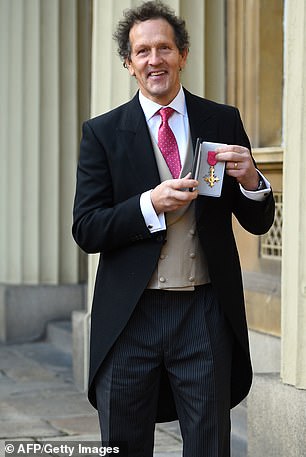 It was an occasion when Monty Don’s usual wellies, baggy shirt and braces simply would not do.

The TV presenter and Daily Mail’s resident gardening expert, 63, dressed up in smart tails to receive his OBE at Buckingham Palace yesterday.

The Gardener’s World host said he was pleased to receive the accolade from the Prince of Wales as the pair shared similar interests.

Don received the medal for his services to horticulture, broadcasting and charity at the investiture ceremony after being named in the Queen’s birthday honours list.

He said: ‘It’s very nice to receive such an honour from His Royal Highness today as a lot of the things I do he has a keen interest in.

‘That means… there is a personal connection, which is good.’

Don tweeted a photo of himself holding up his medal following the ceremony and told his followers that he was off for a ‘boozy lunch’ to celebrate.

Heavyweight boxing champion Anthony Joshua, 29, was also honoured with an OBE for his services to sport.

And horse rider William Fox-Pitt, 49, was at the ceremony to pick up an MBE for services to equestrianism. 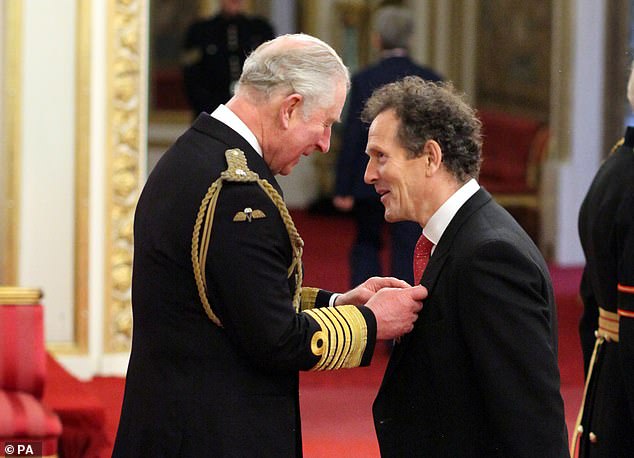 TV gardener Monty Don receives his OBE (Officer of the Order of the British Empire) from the Prince of Wales during an investiture ceremony at Buckingham Palace, London