Commons chaos rattles the markets: Pound slides to its lowest against the dollar this week at $1.12… while gilts rise again

The chaotic Tory government crashed the pound again after a shameful display in the commons saw MPs call for Liz Truss to quit.

This morning saw a chorus of politicians clamber to urge the embattled prime minster to step down.

Last night the FTSE 100 slipped into the red as the UK’s inflation rate hit another 40-year high in September.

London’s top index lost grip of the gains made earlier in the week as enthusiasm waned in the aftermath of Chancellor Jeremy Hunt’s fiscal policy U-turns. 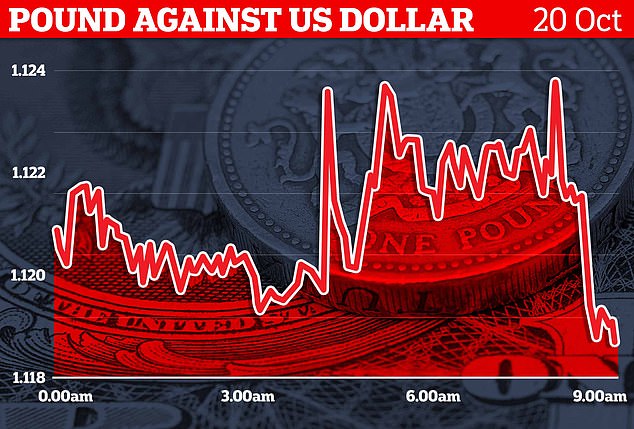 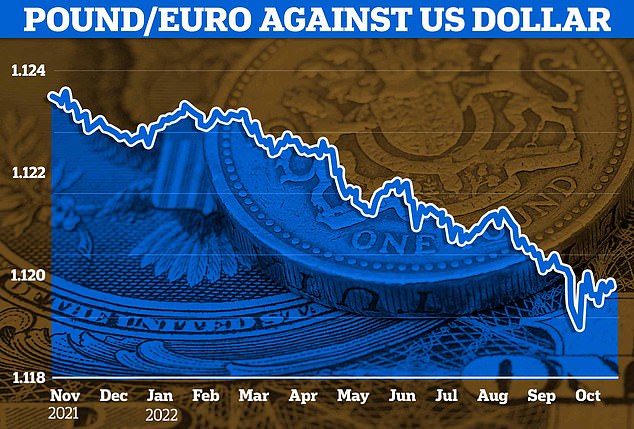 The UK’s Consumer Prices Index reading came in above expectations, at 10.1% in September, driven up by surging food prices, the Office for National Statistics said.

And London’s top index was driven down by sliding shares in Britain’s biggest banks, after reports Jeremy Hunt could be weighing up a decision to slap higher taxes on lenders’ profits.

Shares in FTSE 100-listed banking giants Lloyds Banking Group, Natwest, and Barclays were all down on Wednesday as investors reacted to the speculation. 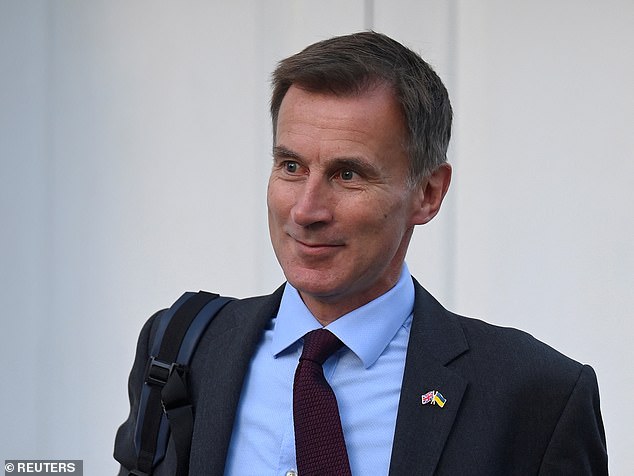 London’s top index was driven down by sliding shares in Britain’s biggest banks, after reports Jeremy Hunt could be weighing up a decision to slap higher taxes on lenders’ profits. 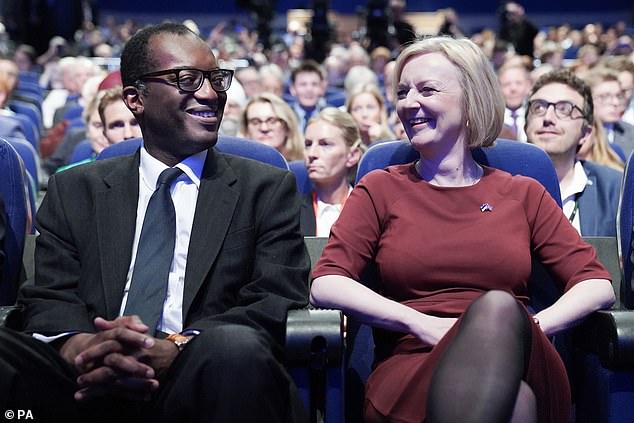 Michael Hewson, chief market analyst at CMC Markets UK, said: ‘UK banking shares have struggled the most today on fears that they could be hit by a new windfall tax, on top of the 8% banking surcharge they pay, on top of the corporation tax rate.

‘With that due to rise to 25% next year, it seems there is no length that politicians will stoop to try and fill various holes in the public finances.

‘Never mind that they risk crushing investment in the process.’

Liz Truss’ premiership appears to be in its death throes today after an anarchic 12 hours that saw her Home Secretary resign, reports of tears and tear-ups in the Commons over fracking and the Tory leader apparently chasing the Tory chief whip while begging her not to resign as her own MPs yelled ‘shambles’ in her face.

Ms Truss may soon be the shortest serving Prime Minister in history with some of her MPs calling on her to go this morning ‘in order to stop the shambles’ and Tory backbencher Simon Hoare declared that she has just 12 hours to save her job.

But admitting her survival looks unlikely, Mr Hoare said: ‘The unsettling thing is that there isn’t a route plan – it is hand to hand fighting on a day to day basis’.

After just six weeks in the job, her power further drained away when

quit at 5pm last night, apparently after a 90-minute screaming match that was apparently heard reverberating through the office door and into No 10. And around two hours later it all kicked off in the Commons for a fracking vote billed by Downing Street as a confidence vote in the Prime Minister.

Labour MP Chris Bryant said that some Conservatives were ‘physically manhandled into another lobby and being bullied’ and revealed that he had ‘utterly desperate’ Tory MPs ‘crying on my shoulder’.

He added: ‘There will be individual MPs who went to bed crying – I know because they’ve told me so’.

Truss and her now-deposed Chancellor Kwasi Kwarteng tanked the economy in a disastrous mini-budget.

Most of the things announced has been reversed but confidence still appears to be rock bottom.