ELUSIVE artist Banksy could have resurfaced after a poignant painting of children dressed as pirates appeared on the wall of a park.

The artwork, which appears to be in the famously secretive artist's style, shows three children wearing paper hats. 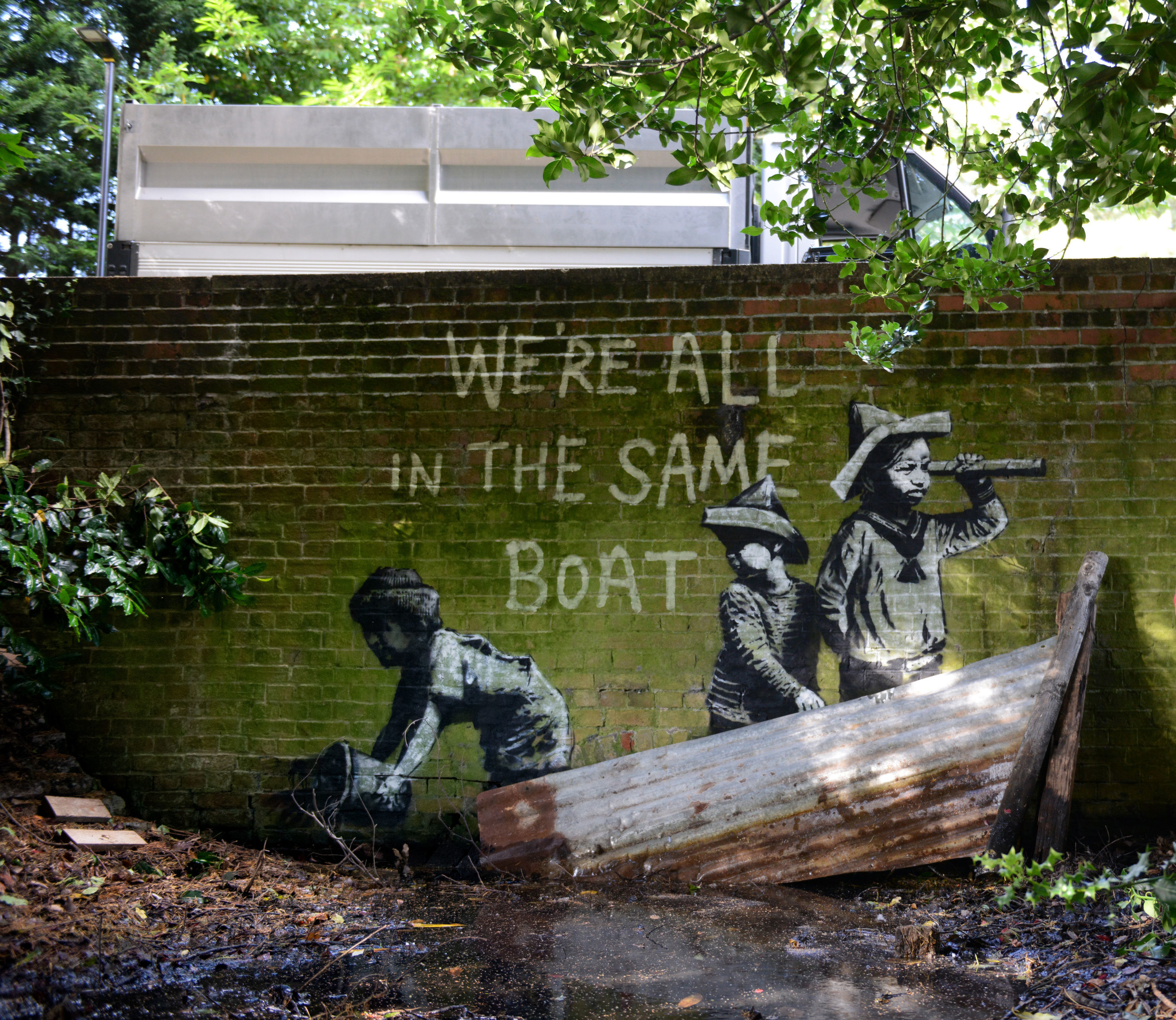 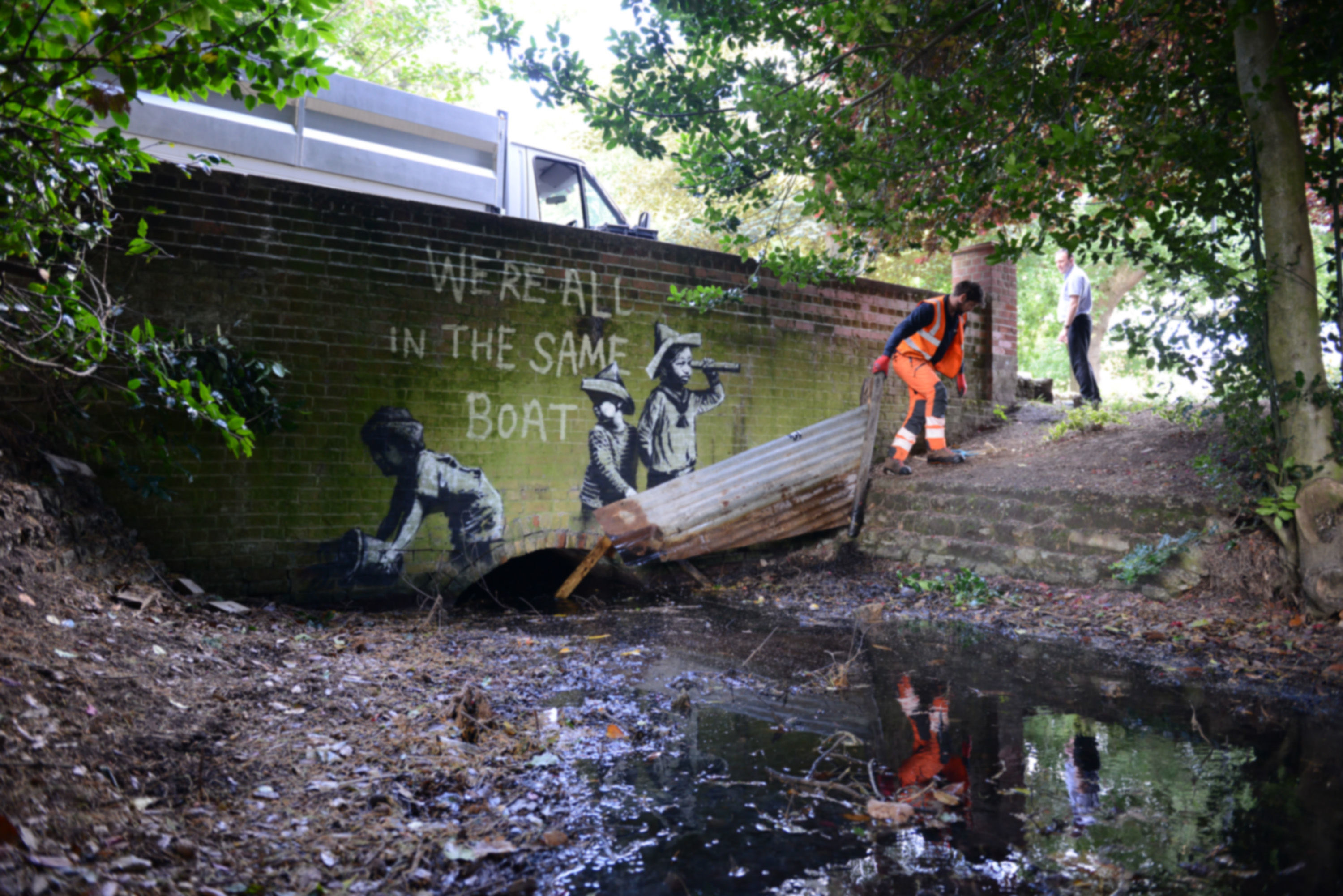 The art uses a piece of metal left to look like a boat that the children are playing in.

One child looks ahead as though out to sea, another child behind looks over their shoulder, and a third child at the back of the boat appears to be leaning over the side holding a bucket.

The abandoned piece of metal used to create the illusion has since been removed from Nicholas Everitt Park in Lowestoft.

Meanwhile, another artwork has been spotted on a wall outside an old electrical shop in the same town which appears to show a child next to a sand castle.

A slab next to the sand castle seems to have been raised from the pavement and is sitting out of place next to where it appears it should be.

Banksy fans will be keeping an eye on his Instagram account to see if he confirms these two pieces of art are indeed his work.

Earlier this year, Banksy raised more than £16 million for health projects with the auction of a painting offering an "image of hope".

Game Changer appeared at Southampton Hospital during the first wave of the pandemic.

The anonymous graffiti artist auctioned the original canvas, with the reproduction of the work remaining in the hospital.

The painting fetched £16.7 million, which is a world auction record for the artist, according to Christie's.

Proceeds from its sale will be used to support health organisations and charities which enhance the care and treatment provided by the NHS, the auction house said.

In March, groups in Reading expressed "huge disappointment" after a mural by Banksy on the side of a former prison was defaced with red paint.

The artwork, entitled Create Escape, appeared on the red brick wall of Reading Prison on March 1 and showed an inmate escaping lockdown using a knotted spool of paper from a typewriter.

Pictures emerged showing that the piece had been defaced with red paint covering the typewriter, with the phrase "Team Robbo" below.

This appears to be a reference to graffiti artist King Robbo, who was in a long-running feud with Banksy before his death in 2014.

Their rivalry is said to have begun in 2009, when Banksy painted over one of King Robbo's tags by Regent's Canal in Camden, London. 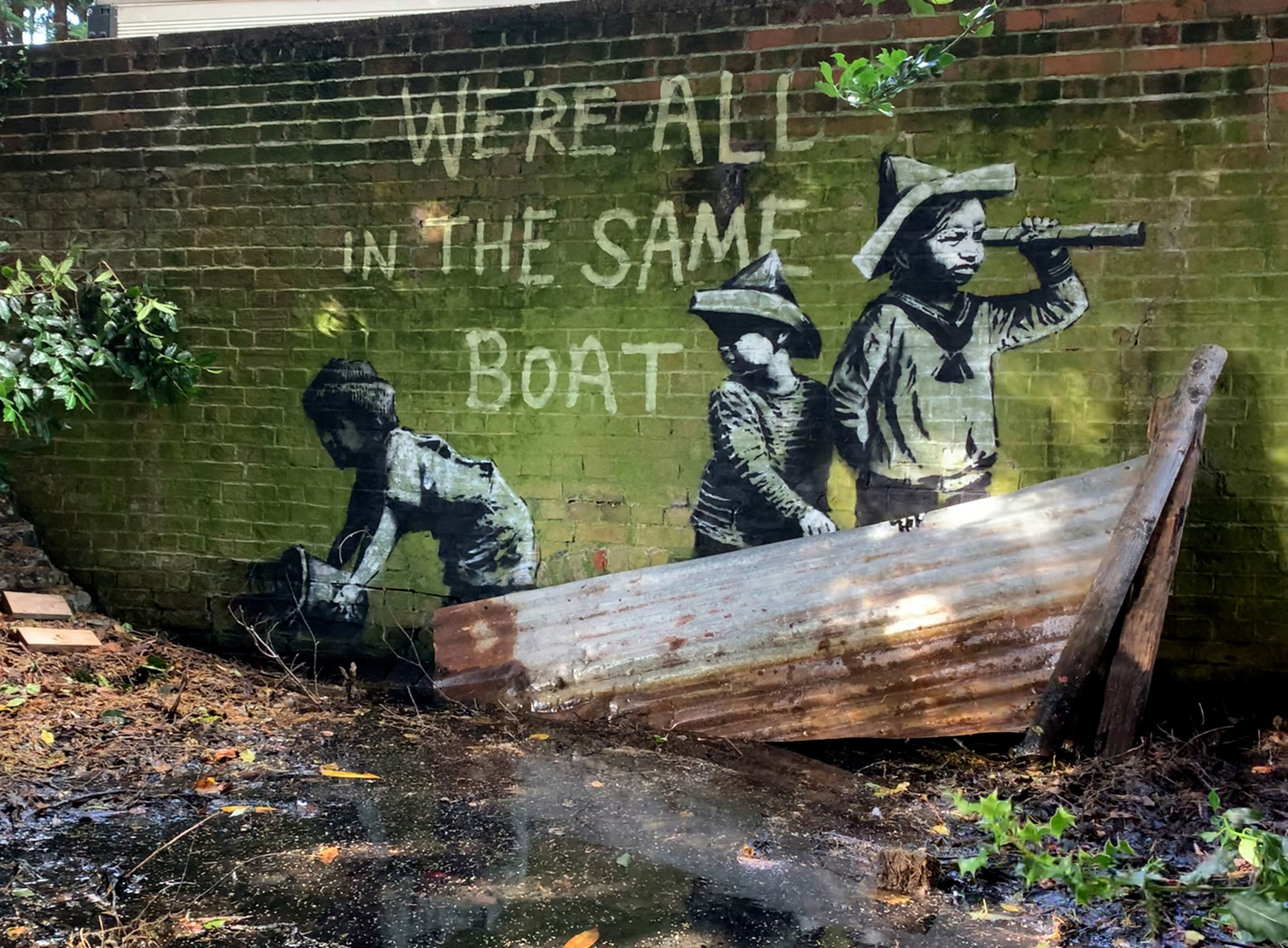